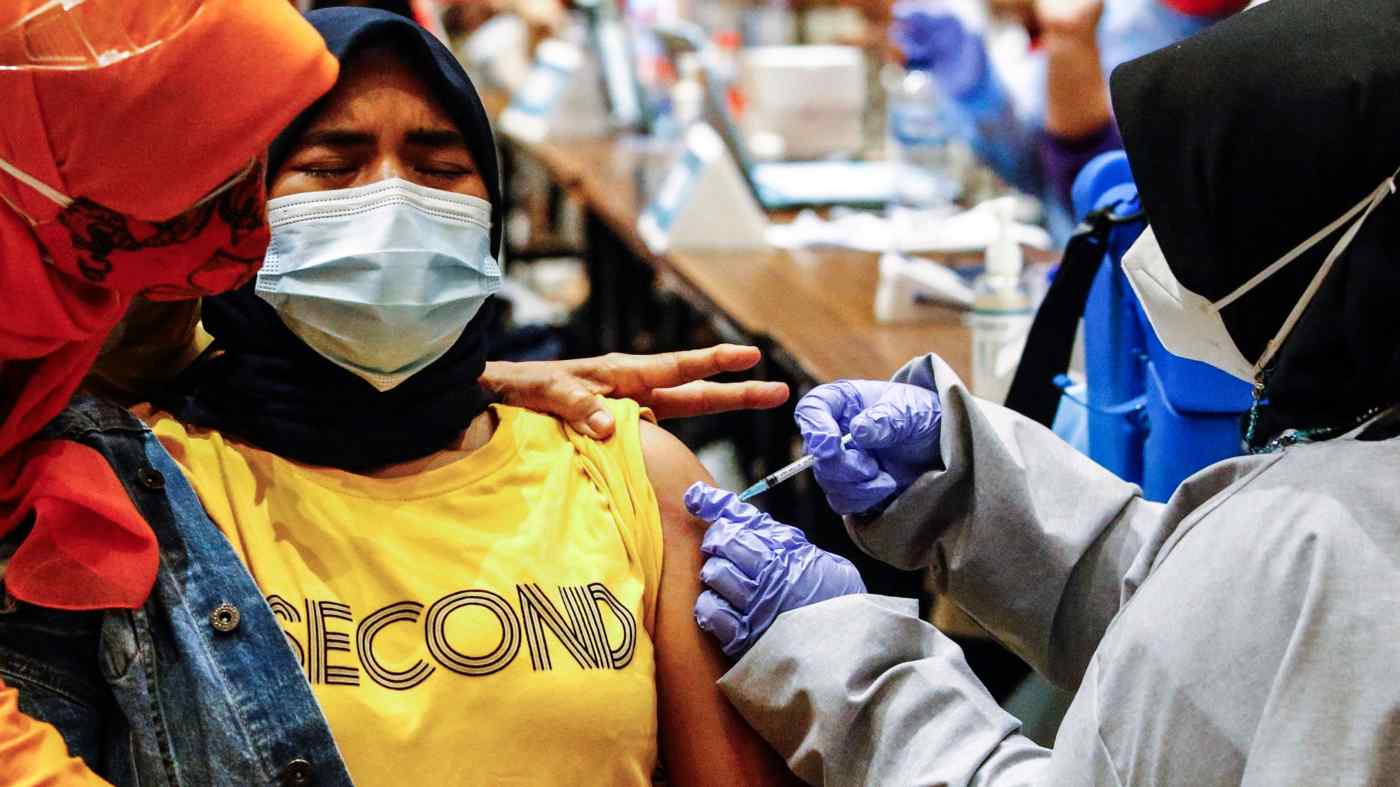 A woman receives a vaccine for COVID-19 at a shopping mall in Tangerang, on the outskirts of Jakarta, on March 1.   © Reuters
KOYA JIBIKI and MOMOKO KIDERA, Nikkei staff writersApril 10, 2021 14:13 JST | Indonesia
CopyCopied

JAKARTA/ISTANBUL -- Governments of Muslim majority countries are planning innovative steps to administer vaccines and contain the spread of COVID-19 during the holy month of Ramadan that begins Tuesday.

During the second Ramadan of the pandemic, Indonesian Muslims will likely be injected at night -- not because of fasting restrictions, but to prevent adverse effects of daytime inoculations into bodies weakened as a result of not eating or hydrating.

Muslims, estimated to account for a quarter of the world's population, are obligated to fast every day from dawn to sunset during the month -- with exceptions for people such as pregnant women. They are even banned from drinking water.

In Indonesia, the world's most populous Muslim majority country, the Indonesian Ulema Council (MUI) said in March that vaccination does not invalidate fasting. The country's top Muslim clerical body said that direct muscle injection is not regarded as hydration.

The Indonesian Ministry of Health is stepping up preparations for nighttime vaccinations to avoid a delay in its mass inoculation plan.

During Ramadan, Muslims tend to gather in large groups for dinner or at mosques for worship after sunset, increasing the risk of spreading infections. But with the threat of mutated viruses, governments of Islamic majority nations have proposed movement restrictions during Ramadan.

The Indonesian government has already announced a cut in the number of holidays during Eid al-Fitr at the end of Ramadan in mid-May to five from eight. On Thursday, it announced an internal travel ban, halting sea, land, air and rail travel during the celebration period. A worker cleans the wall of a mosque in Bogor, Indonesia, on April 7 ahead of Ramadan.   © Getty Images

The Turkish Religious Agency believes that the vaccine can be given in the daytime during Ramadan. However, vaccinations after sunset are recommended where possible.

In late March, the Turkish government announced a package of restrictions during the holy month. Restaurants and other shops will be only be allowed to deliver food and other products as drinking and eating inside will be strictly restricted. Weekend outings will be banned, as will large gatherings for post-sunset meals, known as Iftar.

In Saudi Arabia, only "immunized" people -- those who have been vaccinated or have recovered from the disease -- will be allowed to visit holy sites in Mecca and Medina. The number of people allowed to worship at the Prophet's Mosque in Medina, including nearby squares, will be limited to a total of 60,000.

The government in Egypt will restrict nighttime worship at mosques to 30 minutes from an hour or more under normal circumstances. Various athletic events, usually held during Ramadan, will be banned this year.