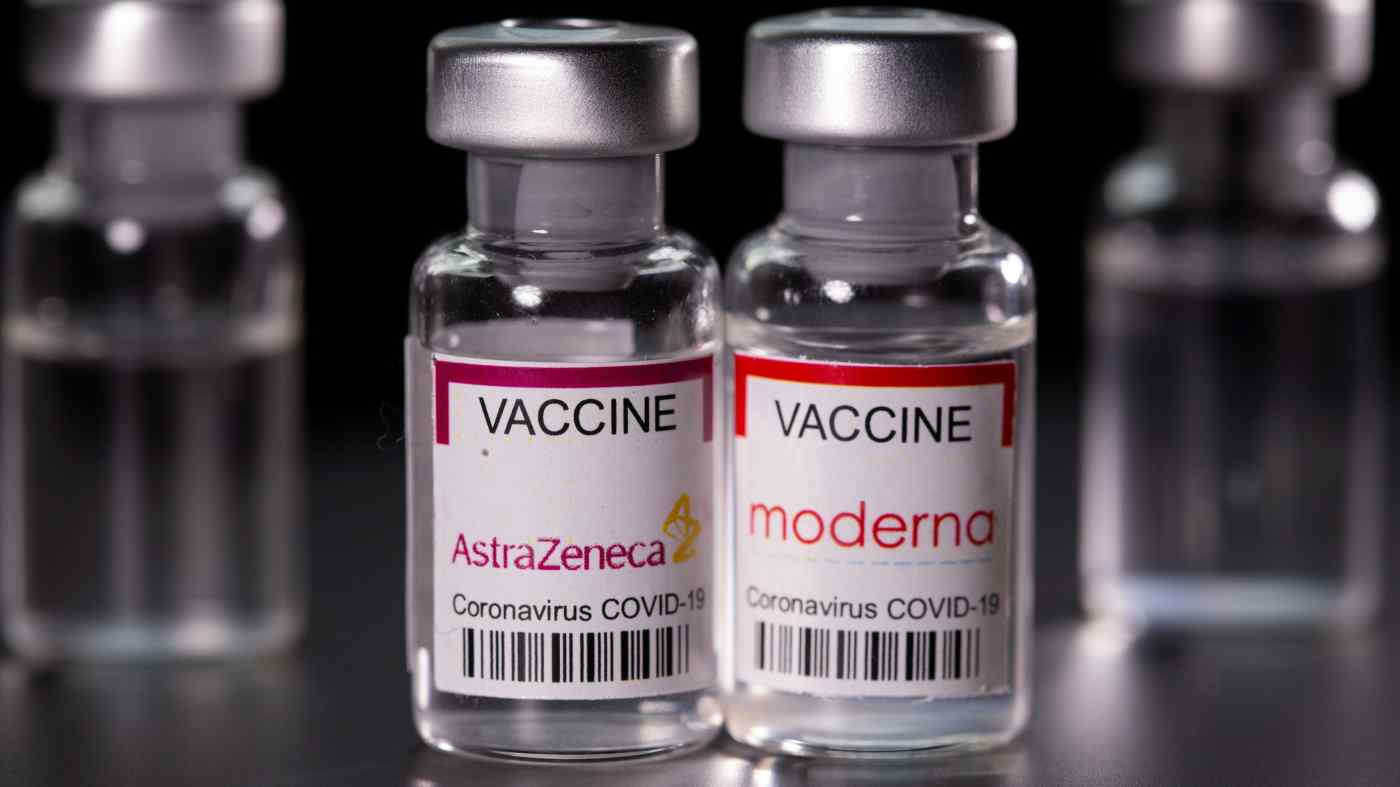 Japan's vaccination program is lagging far behind those of other countries, with only 4% of the population having received a shot.    © Reuters
May 21, 2021 13:38 JST | Japan
CopyCopied

The health ministry greenlit both for people aged 18 or older, with two doses to be taken several weeks apart. Along with the Pfizer vaccine already in use, the country now has three types of shot available.

The Moderna vaccine is slated to be administered at mass vaccination centers run by the Self-Defense Forces in Tokyo and Osaka, as well as similar facilities being set up by some prefectures and municipalities.

The AstraZeneca shot, however, will not be used immediately amid lingering concerns over rare cases of blood clots being reported overseas, the Ministry of Health, Labor and Welfare said.

Japan's vaccination program lags behind other developed countries. Since its launch in February, beginning with health care workers and later expanding to people aged 65 or older, only around 4 percent of the country's population of 126 million has received at least one dose.

Prime Minister Yoshihide Suga, whose public support has fallen amid criticism over his pandemic response, has vowed to ramp up to 1 million shots a day and finish inoculating the elderly by the end of July.

But a recent government survey showed 14 percent of municipalities expect to miss that deadline, due in large part to a dearth of doctors and nurses to administer shots. The effort has also been hampered by technical issues with taking online reservations.

On Thursday, a panel at the health ministry signed off on the vaccines developed by AstraZeneca and Moderna, which had applied for approval in February and March, respectively.

The Moderna vaccine uses a new technology called messenger RNA, or mRNA. Pfizer's is the same type, while the AstraZeneca vaccine uses a harmless version of a common cold virus.

The AstraZeneca vaccine has a slightly lower efficacy rate compared to the other two -- 76 percent compared with 94 percent for Moderna and 95 percent for Pfizer.

That is still higher than between 40 and 60 percent efficacy for influenza vaccines, and the AstraZeneca shot has the advantage of being storable in refrigerators between 2 and 8 C, making it easier to distribute than its rivals, which must be kept in freezers at temperatures as low as around minus 75 C.

But some countries have temporarily suspended use of the AstraZeneca vaccine or restricted its use on younger people due to the rare instances of blood clots.

As Japan has already secured enough of the Pfizer and Moderna vaccines to cover people aged 16 or older, the health ministry said it will continue to review whether to make the AstraZeneca shot eligible for state-funded inoculations.