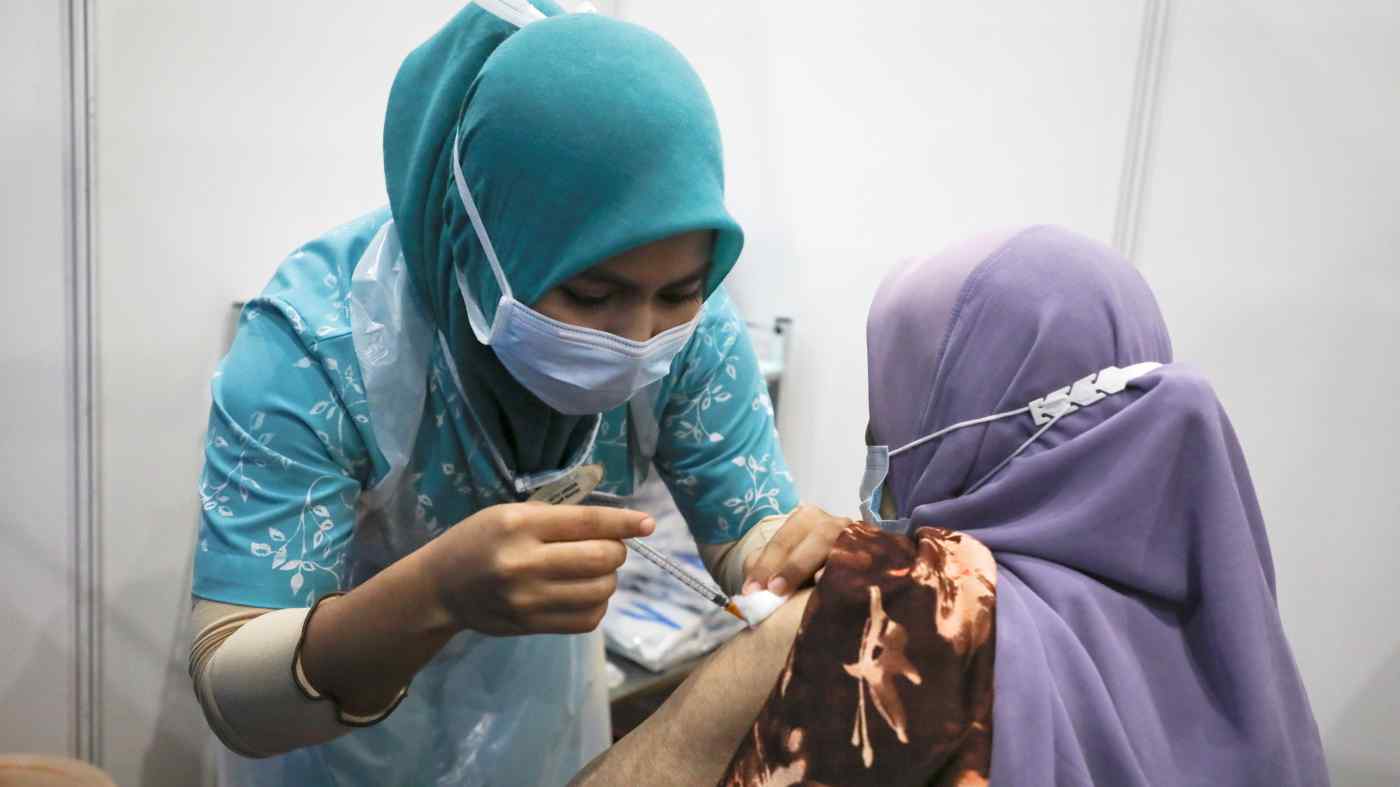 Finance Minister Tengku Zafrul Abdul Aziz on Monday told reporters there is nothing inappropriate about the move to draw roughly 5 billion ringgit ($1.22 billion) from the National Trust Fund, a dedicated reserve for future development created in 1998.

"We don't have a choice but to use KWAN," Tengku Zafrul told a news conference, referring to the fund's Malay name Kumpulan Wang Amanah Negara. "We also promised to replenish the fund once the economy recovers," he said.

But some politicians including former Prime Minister Najib Razak -- who faces numerous corruption charges in connection with a defunct state fund -- have blasted the move. The ordinance allowing it was pushed through last week while parliament remains suspended during the COVID-19 state of emergency, sought by Prime Minister Muhyiddin Yassin and granted by the king.

The government now estimates the purchase and administration of coronavirus vaccines will cost 5 billion ringgit, up from the 3 billion ringgit estimated last year. Tengku Zafrul said efforts to speed up immunizations to reach herd immunity by year-end, as well as extra purchases for booster shots, are among the reasons for the higher costs.

The trust was originally supposed to be funded by multiple companies benefiting from Malaysia's rich natural resources. To date, only Petronas has contributed 10.4 billion ringgit, while investments made with the capital have returned 9.1 billion ringgit.

Tengku Zafrul said that when the fund was established over 20 years ago, it was intended to be used in the future -- so there is nothing wrong with using it now. He also said the 5 billion ringgit comes from the investment returns, not Petronas' capital.

Tengku Zafrul said the move is in line with the government's aim to control the fiscal deficit. The deficit is already estimated to hit 6% of gross domestic product this year, due to over 340 billion ringgit dished out in economic stimulus packages to mitigate the pandemic's impact since March 2020.

"We want to responsible and transparent," he said. "We could have borrowed more or done this expense off-budget, but we want to be responsible for our future generations."

Najib, who is currently appealing convictions linked to SRC and faces numerous other 1MDB-related charges, criticized the trust fund usage. He said it is supposed to be a cushion for a future when oil resources are exhausted.

"Why do we have to scrape off future savings if the government has managed to borrow 85 billion ringgit and sell numerous national assets in the last four months?" he questioned.

Former Finance Minister Lim Guan Eng said the decision was "irresponsible, incompetent, and a bid to escape parliament scrutiny" by the Muhyiddin government.

He said the government was "robbing" the savings meant for future generations, due to Muhyiddin's poor budgeting skills.

"The government once again demonstrates its incompetence and irresponsibility in managing public finances," Lim said. "This time they are using emergency powers to raid the National Trust Fund to make up for the poor 2021 budget planning."

Meanwhile on Monday, Malaysia cleared the AstraZeneca vaccine and said it would be used for individuals 60 and up. Last Friday, the country received around 270,000 doses through the global COVAX facility.

Some countries have halted the shots due to concerns about scattered reports of blood clotting. Health Minister Adham Baba, however, expressed confidence that the vaccine is safe.