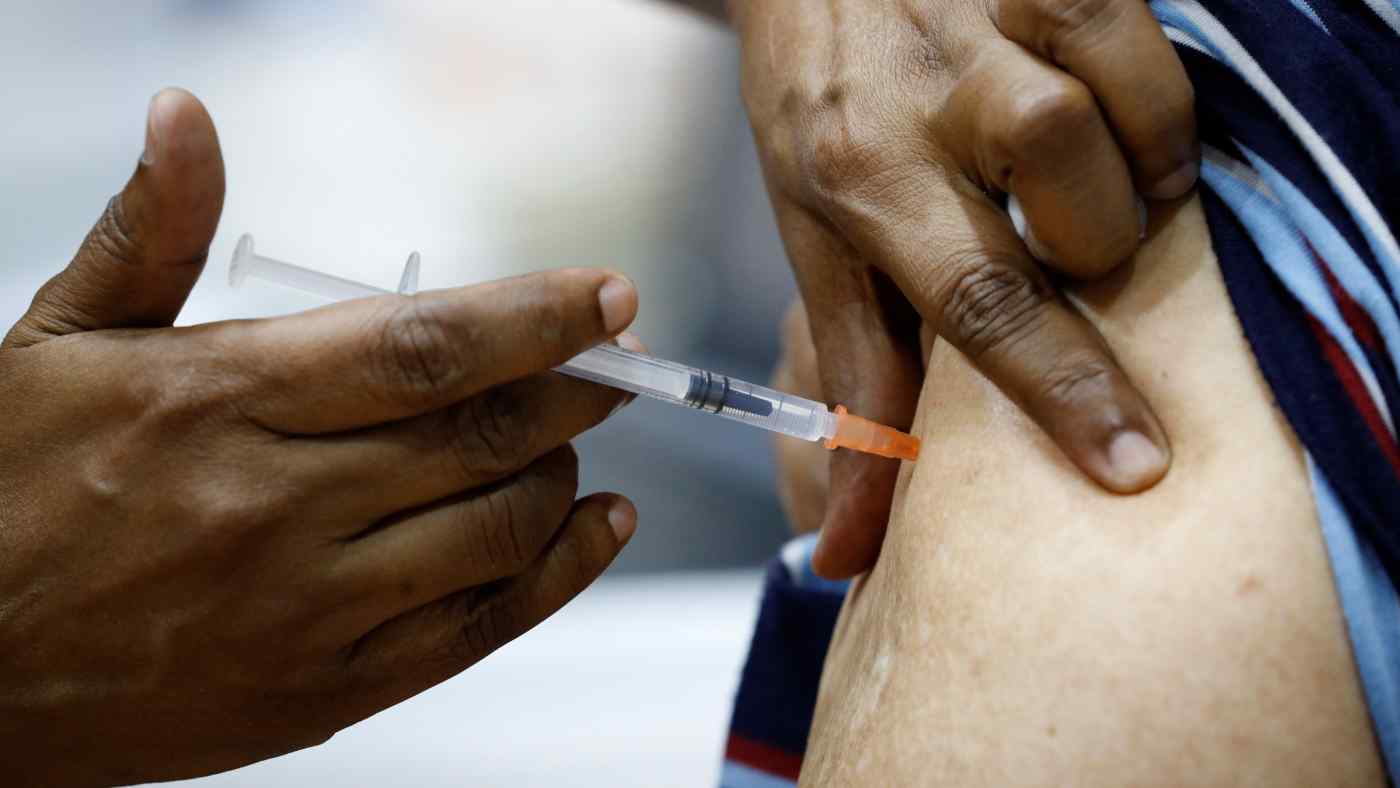 A coronavirus vaccination in Singapore: The city-state has made it quick and easy to get the jab.   © Reuters
MAYUKO TANI, Nikkei staff writerApril 21, 2021 13:04 JST | Singapore
CopyCopied

SINGAPORE -- As a small but wealthy city-state with advanced medical infrastructure, Singapore was always well-positioned to quickly vaccinate its population against COVID-19. So far, it is pulling it off -- largely thanks to effective use of digital technology.

Singapore has jumped ahead of its neighbors in terms of the proportion of the population inoculated. The latest figures from Sunday show over 23% of residents -- or roughly 1.3 million people -- had received at least one vaccine dose, according to the statistics website Our World in Data. That was the highest ratio in Asia excluding even tinier Bhutan, which has rapidly proceeded with shots acquired from India for free.

This raises hopes that Singapore can build momentum for its nascent economic recovery, which started with 0.2% preliminary growth in the first quarter of 2021.

More populous countries like India, which stood at 7.8%, Indonesia, at about 4%, and Japan, at about 1%, naturally face higher hurdles. But Singapore has also made the most of pervasive smartphones to make registration as quick and painless as possible.

Residents simply enter their names and phone numbers on a government website. A few days or a week later -- depending on processing demand -- they receive a short message with a personalized booking link.

The link takes them to a questionnaire to gauge their physical condition, including whether they have a history of severe allergic reactions. If there are no red flags, they can select one of 40 inoculation centers nationwide and set a date and time.

The whole process of tapping through the sign-up system takes less than five minutes.

Vaccination records are digitally processed as well. The type of shot administered is recorded alongside the results of any COVID-19 tests in HealthHub, a government-run health care app that can also be used to make an appointment at national hospitals. 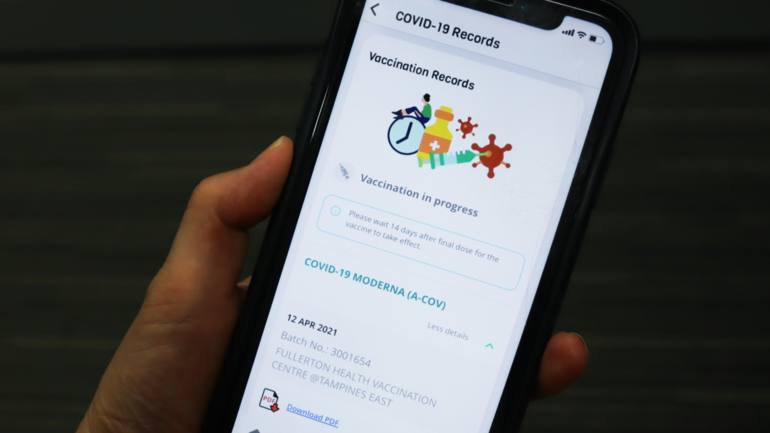 The entire vaccination process, short of the jab itself, can be managed via a smartphone in Singapore.(Photo by Mayuko Tani)

Singapore's prompt response to the coronavirus, in part, is possible because it has promoted the digitization of public services for years. Earlier in the pandemic, the government demonstrated its ability to harness technology by developing the TraceTogether contact tracing system based on Bluetooth, and the SafeEntry check-in system for entering buildings and other places.

These measures have helped keep new infections to a minimum since last October.

Of course, not everyone is tech savvy. Seniors, who have been vaccinated on a priority basis, are often unfamiliar with digital tools. But government representatives were dispatched to help people book appointments online.

Without vaccine supplies, digital capabilities would be moot. The government spent 1 billion Singapore dollars ($750 million) to procure doses from Pfizer, BioNTech, Moderna and Sinovac Biotech before any of them were approved. For now, Singapore has approved the Pfizer-BioNTech and Moderna vaccines.

Another contributor to the fast vaccine rollout is the involvement of private hospitals in many of the government's vaccination centers.

Raffles Medical Group, which operates 15 vaccination centers, told Nikkei Asia that it is "committed" to working alongside the government in fighting the disease. The group has deployed more than 100 physicians to the centers on a rostered basis, according to deputy managing director Kenneth Wu.

"We are also concurrently running vaccination training courses for paramedics and nurses to grow the number of vaccinators at our centers and prepare for increasing patient loads as the government progressively opens up vaccination appointment slots for the rest of Singapore," Wu said.

In December 2020, Singapore began administering vaccines to people at a high risk of coming into contact with infected individuals. The list included health and nursing care workers and taxi drivers.

In February, the program was expanded to ordinary residents, including foreign nationals, starting with seniors. While it is not mandatory to get a shot, Singapore expects to be ready to vaccinate everyone aged 16 and older by October.

This would certainly help in restoring normal economic activity.

Starting Saturday, the government is to allow larger numbers of people to attend events such as music concerts and corporate gatherings, on the condition that coronavirus tests come back negative. Fully vaccinated individuals will be exempt, however. And digital vaccination certificates will make it easy for event organizers to carry out the necessary checks.

Vaccinations also hold the key to opening up borders -- crucial for a country that developed as the region's business hub. The Singaporean government is considering relaxed measures such as shortening quarantine periods for vaccinated people when they return to Singapore from abroad.