TSMC and Foxconn cleared to buy COVID vaccines for Taiwan 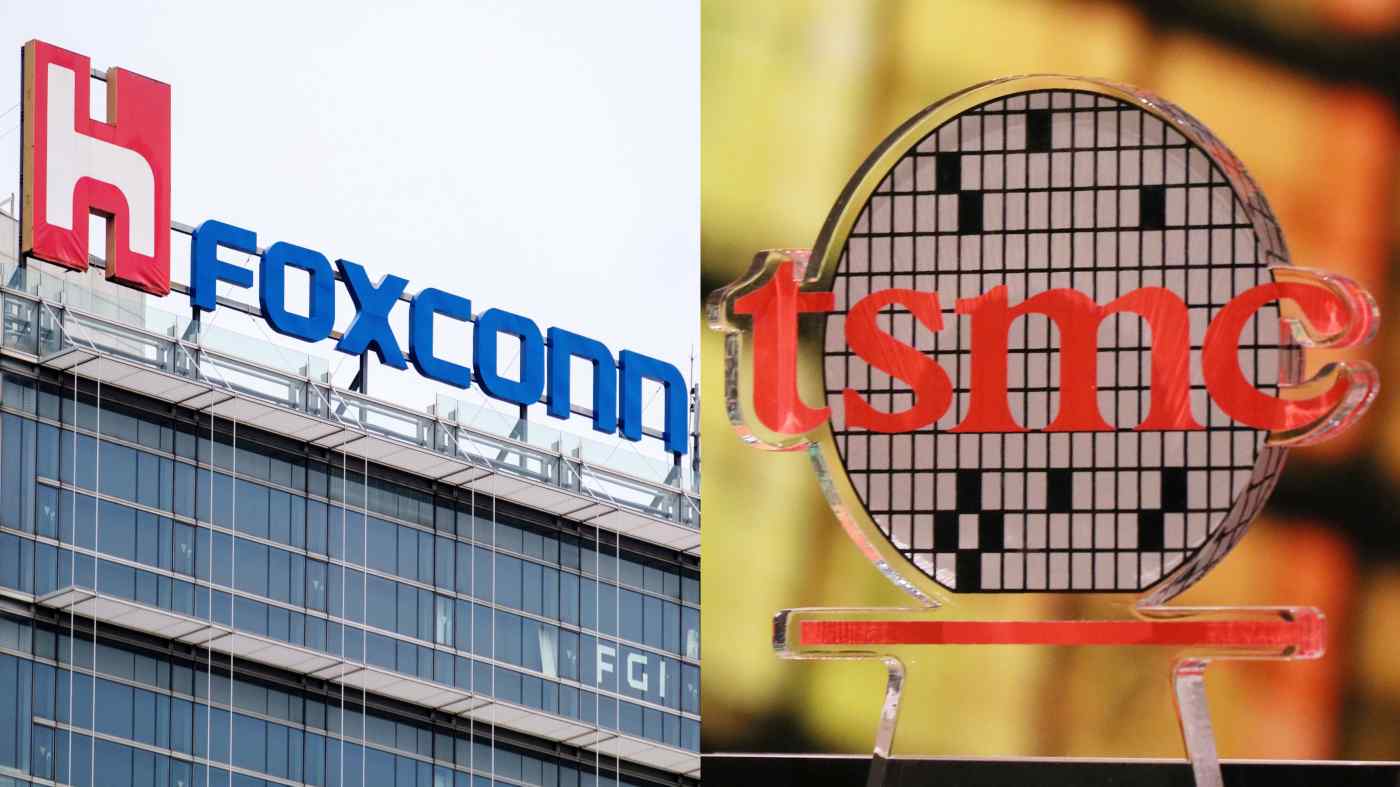 TAIPEI -- Taiwan will allow Taiwan Semiconductor Manufacturing Co. and Foxconn to buy 10 million doses of COVID vaccines on behalf of the government, as companies race to safeguard the island's flagship tech industry from the pandemic.

It is the first time private companies in Taiwan will be given permission to purchase vaccines, a move that comes as the government struggles to quickly inoculate people. The self-governing island, which was seen as a global role model for containing the deadly virus early on, has experienced a sudden surge in local infections since the middle of last month.

To avoid "potential hurdles" they might encounter as private companies, the government will issue formal notices authorizing TSMC and Yonglin to negotiate with BioNtech on behalf of Taiwan to buy 5 million vaccines each, Lo said.

Foxconn's charitable foundation filed an application to import COVID vaccines on June 1, while TSMC applied on June 10, according to Lo.

TSMC confirmed to Nikkei Asia that it aims to buy 5 million BioNtech vaccines and donate them to the government, but said negotiations are ongoing. The efforts are directly being directly overseen by TSMC Chairman Mark Liu, Nikkei Asia has learned.

"The government thinks that it may be easier for companies to reach out to vaccine makers or distributors to lower the geopolitical interference," a source with direct knowledge of the matter said.

Foxconn Chairman Terry Gou said in a Facebook post Friday morning that he has been working to secure vaccines for Taiwan since May 23. He called on the government to authorize the Yonglin Foundation to negotiate with vaccine makers on behalf of the government, and to accept the vaccines as a donation.

The tech tycoon, who attempted to run for president in 2019, said he had no "political or commercial agenda" over the matter, and he called on President Tsai Ing-wen to meet with him.

"Although it is a seller's market when it comes to internationally approved vaccines, if President Tsai and the Taiwanese people are willing to let me use my several decades of international connections and business experience, I should be able to make a breakthrough" in buying the vaccines, Gou wrote.

The president's office said on Friday that Tsai will meet Mark Liu and Terry Gou that day at 4 p.m.

Taiwan has been gripped by a serious COVID outbreak since mid-May that has killed more than 450 people in less than a month. The rise in cases has also threatened to disrupt the round-the-clock production that many tech manufacturing plants rely on, which could further worsen the ongoing global chip shortage.

But Taiwan has struggled to secure vaccines due to geopolitical issues. China views the island as part of its territory, and Taiwan is not a formal member of the World Health Organization. President Tsai has accused China of interfering in her government's attempt to buy BioNtech vaccines, a claim that Beijing denies. Taiwanese Foreign Minister Joseph Wu said it is difficult for Taiwan to get enough vaccines from COVAX, a global COVID vaccine-sharing platform led by the WHO.

Japan recently donated 1.24 million AstraZeneca vaccines to Taiwan, while the U.S. said it will provide 750,000 jabs to the island. The doses from Japan are reserved for medical workers and citizens over 85 years old. As of Friday, only 1.32 million of the island's 23.5 million people had received at least one shot.

Taiwan, which has the world's largest semiconductor industry after the U.S., is one of the most important sources of advanced chips used in everything from smartphones and automobiles to data center servers and computers.

The pandemic has already caused disruptions to output. King Yuan, a leading chip testing and packaging service provider, was forced to suspend production for days after reporting the first cluster of infection in the chip industry. The cluster had expanded to more than 500 people as of Thursday, and included chip and networking companies in Miaoli County.

The two biggest Taiwanese companies -- Foxconn and TSMC-- are crucial suppliers in the tech supply chain and together account for more than 30% of the Taiwan Stock Exchange by market capitalization. Nikkei Asia earlier reported that at least five key tech companies, including multiple Apple suppliers, are considering buying vaccines to donate to Taiwan to help keep their operations running.