Thai businesses to offer COVID shots to wealthy and companies BANGKOK -- Private hospitals and drugmakers in Thailand are seeking approval from the government to import several COVID-19 vaccines independently to meet demand from wealthy Thais and companies that want to receive their choice of shots as quickly as possible.

Under the government's vaccination program that kicked off March 1, only two vaccines, made by China's Sinovac and the U.K.'s AstraZeneca, will be distributed through public hospital networks free of charge. Private businesses now want to offer fast-track inoculations for those who are willing to pay.

The government is taking a flexible stance on vaccine imports by the private sector, and at least one U.S.-headquartered pharmaceutical company and a hospital operator so far have applied for import licenses.

"We are wide open to other private companies to import vaccines, as it would help accelerate the progress of our inoculation program," Paisal Dunkhum, secretary-general of Thailand's Food and Drug Administration told Nikkei Asia. "The more Thais are vaccinated, the faster the Thai economy will be revived," Paisal added.

A single dose of the vaccine is expected to cost about 2,000 to 4,000 baht ($65 to $130). Most of the vaccines available so far require two doses, which means that each person will have to pay between $130 and $260. The Department of Internal Trade will closely monitor pricing, a senior official said.

Thailand's move follows that of Pakistan which reportedly allowed three companies to import vaccines last month with an aim of supplementing the national vaccination program. However, it has been pointed out that it is unfair for the rich to have preferential access to vaccines and that there is a risk that a black market could form. 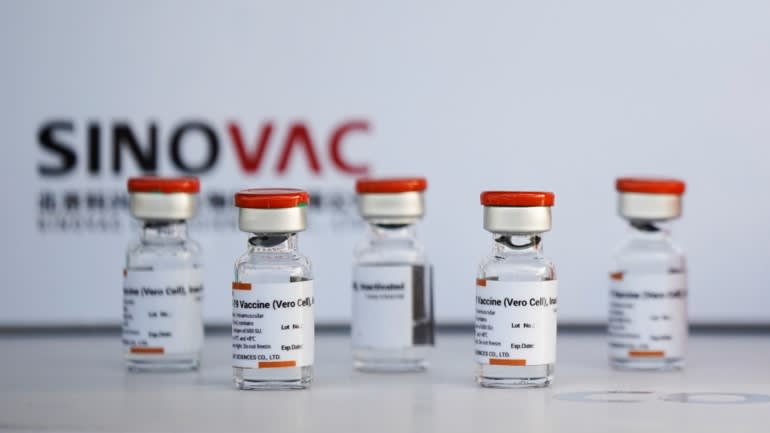 Thailand approved vaccines from Sinovac and AstraZeneca for its vaccination program that started on March 1.   © Reuters

Indonesia will also allow companies to purchase vaccines to inoculate their workers, after approving a private program to run alongside its national scheme last month. More emerging countries that do not have sufficient supplies of vaccines may choose to allow the private sector to import them.

The Thai government so far has secured only 63 million doses, or about 45% the amount needed to inoculate the country's 69 million people. Many citizens are concerned that they do not know when they will be inoculated.

That leaves considerable opportunities for private companies and hospitals, and Janssen Pharmaceuticals, a unit of U.S.-based Johnson & Johnson, has become the first company to apply to the FDA for a license to import the single-shot Johnson & Johnson vaccine.

Principal Capital, a Bangkok-based hotelier and private hospital operator, is also seeking to offer other types of vaccines to wealthy Thais, particularly in regions outside Bangkok. "We have submitted all the documents to the FDA," said Satit Viddayakorn, managing director of Principal Capital.

Companies applying for import licenses must submit detailed information from the manufacturer to the FDA, including the type of vaccine, how it is made, how it is administered and potential side effects. The process is expected to take at least a month.

Every lot of imported vaccine then must undergo a quality check by the Public Health Ministry. Once that process, which is expected to take a few weeks, is complete, the vaccines can be distributed to hospitals.

The Thai unit of Bharat Biotech, an Indian vaccine producer, is expected to submit an application to import its vaccine by mid-March. Major private hospital chains are thinking of seeking vaccine import licenses, according to a source at the Private Hospital Association. Thonburi Healthcare Group, a Bangkok-based listed hospital chain with nearly 1,000 registered beds at seven hospitals around the country, is in talks with several big companies, particularly tourism-related businesses, including five-star hotel operators, who want their employees inoculated so they can reopen, Boon Vanasin, the group's chairman told Nikkei.

"After talking to those big companies, we found that vaccine demand... was more than 10 million doses, excluding affluent Thais who are willing to pay a higher price for better quality vaccines and services," the chairman said.

"On the other hand, we [private hospitals] can also be a part of the government's effort to distribute vaccines to Thai people across the country in order to get herd immunity," he added.

In February, the chairman of Bangkok-based hotel and restaurant operator Minor International urged the government to designate hotel employees a priority group for vaccination to help boost the tourism industry, which has been hard-hit by the COVID-19 pandemic.

The government has yet to respond to the request. The fast-track services offered by private businesses offer an alternative.

Yong Poovorawan, chief of the Centre of Excellence in Clinical Virology at Chulalongkorn University, said it was acceptable for private hospitals to import vaccines as they could help distribute the jabs to more Thais, a move that will in turn create herd immunity.

"I think the way to get 70% of Thai population vaccinated is a goal that we should care about because it is the way to help Thailand open up and restart its economy again and that would benefit all of us," Yong told Nikkei.

"If the rich are willing to pay higher for better choices as they don't want to queue up at the public hospital, it should be as they wish," he added.