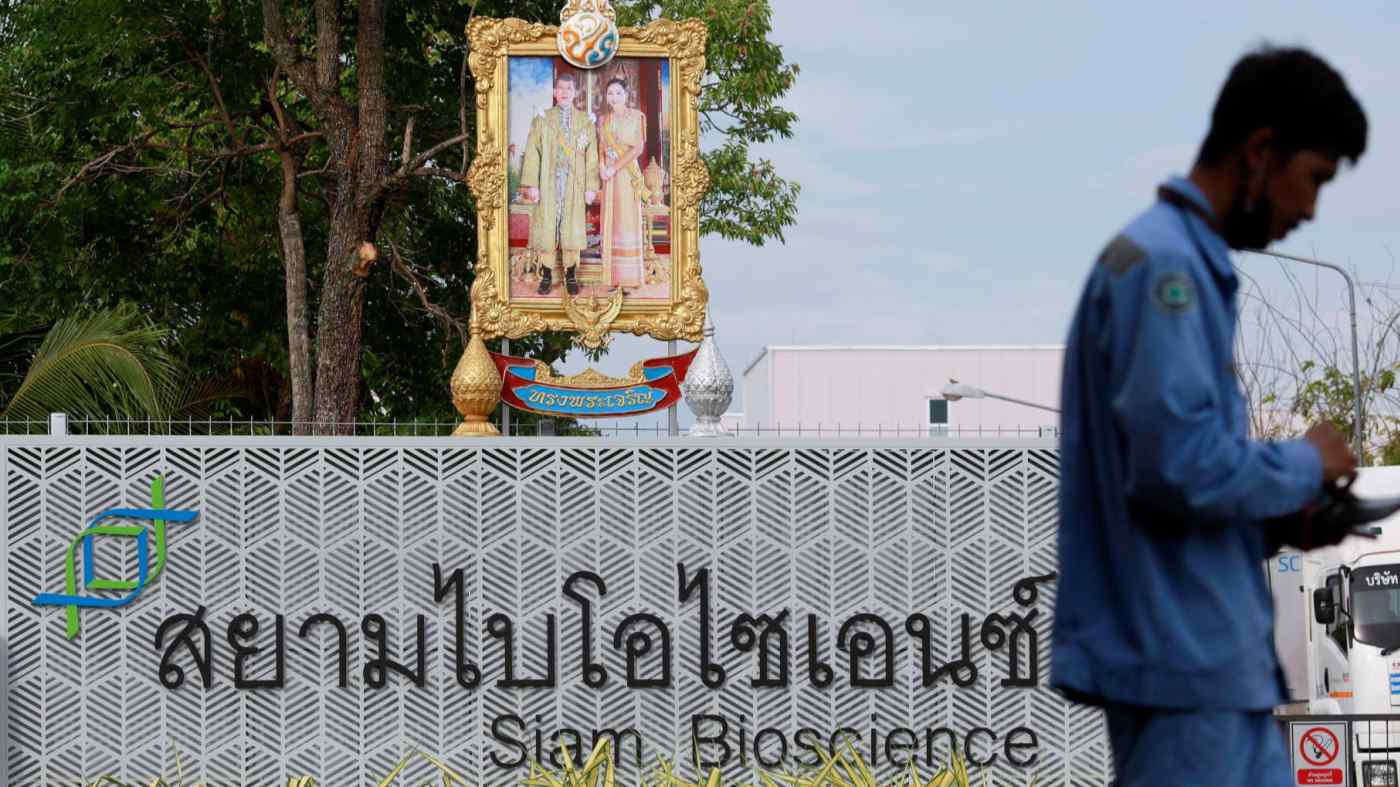 The shots will be supplied for domestic use. Shipment volumes and other details have not been disclosed, but Public Health Minister Anutin Charnvirakul said on Tuesday that 6 million doses would be delivered this month, according to the Bangkok Post.

The government, which has faced criticism for delays in vaccinations, looks to start the rollout this month as new coronavirus infections surge. Plans also call for exporting the AstraZeneca doses to neighboring countries as early as next month.

King Maha Vajiralongkorn is a majority shareholder in Siam Bioscience, which gained exclusive rights to produce AstraZeneca's COVID-19 vaccine in Thailand under a contract signed with the British drugmaker in November.

In May, AstraZeneca announced that vaccines manufactured in Thailand passed quality inspections at laboratories in Europe and the U.S. Siam Bioscience is the sole producer of AstraZeneca's vaccine in Southeast Asia, and the U.K. company said that shipments to neighboring nations "will commence in the coming weeks."

Community-acquired COVID-19 infections were declining in Thailand, but the number of new infections has risen sharply in recent weeks, partly because people returned to their hometowns for the Songkran holidays in April.

Thailand has had 169,348 confirmed COVID-19 cases since the start of the pandemic, with 1,146 deaths, according to data from Johns Hopkins University's Coronavirus Resource Center. This compares with over 1.8 million cases and 51,095 deaths in Indonesia, Southeast Asia's hardest-hit country.