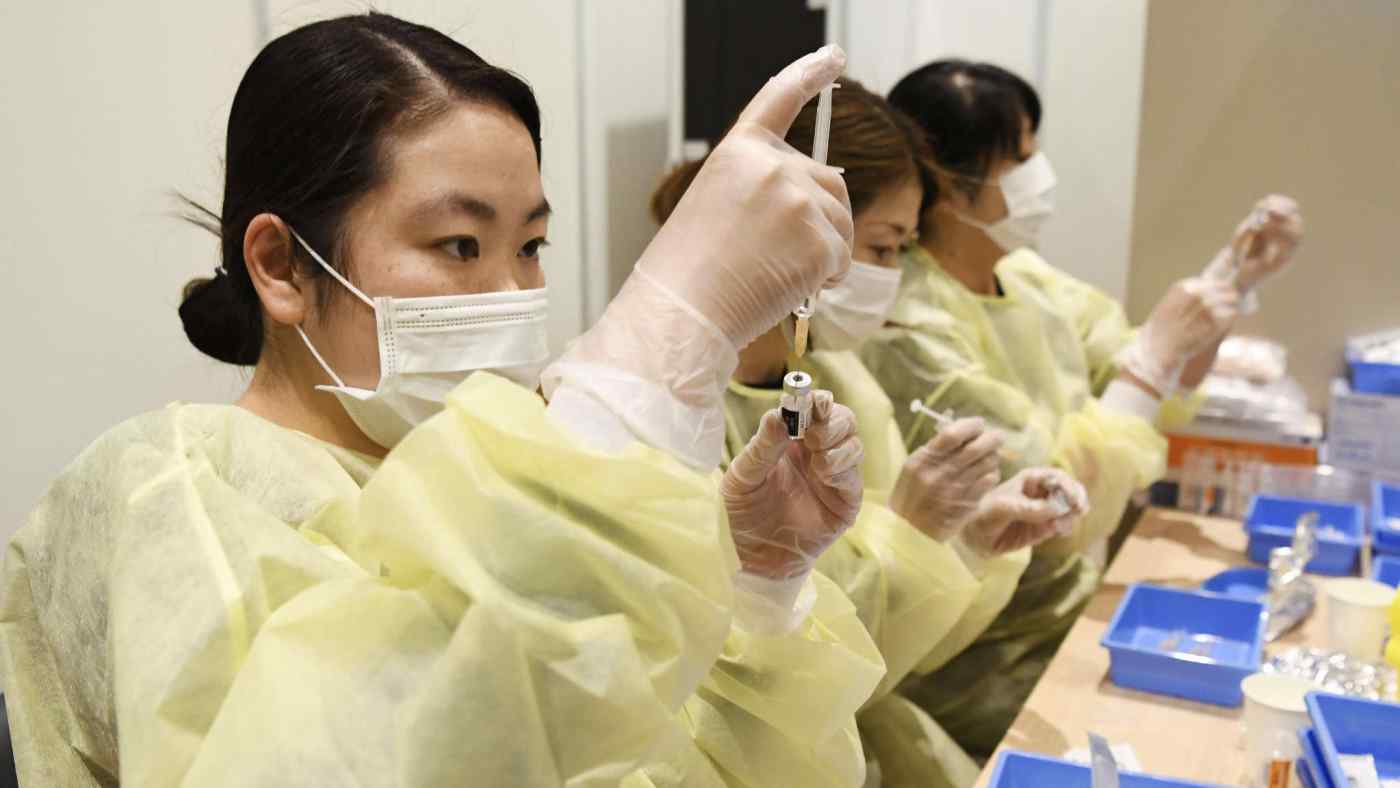 TOKYO -- Older adults in Tokyo and Osaka rushed to set dates for their coronavirus shots at central-government-run mass vaccination sites Monday after appointments opened up, but the launch was marred by flaws in the system.

Of the 50,000 slots available in Tokyo's central 23 wards, 41,000 had been filled by 8 p.m., while the 25,000 appointments in Osaka were fully booked, according to the Ministry of Defense. Shots in this round will be administered between May 24 and May 30. The appointments at the mass vaccination sites are for people 65 and older.

The large state-run sites staffed by Self-Defense Forces personnel aim to pick up the slack for local authorities that have been slow to get the vaccination campaign rolling. Of the 36 million older adults in Japan -- a demographic that began receiving shots in April -- just 910,000 had gotten their first dose by Sunday.

The fact that Tokyo's slots were only about 80% full by Monday night owes partly to municipalities' slow distribution of the vaccination tickets required to book appointments.

The tickets also created a separate problem that came to light Monday.

Because the booking system for the centrally run mass vaccination sites has no way to cross-reference numbers entered by applicants with tickets issued by local authorities, it cannot weed out fake numbers.

But vaccine tickets and personal identification are checked at vaccination centers, meaning that anyone who reserved a spot with a fictitious number cannot get in, according to the government.

The Defense Ministry is reluctant to link resident information with the system, citing concern about leaks of personal data in case of a cyberattack. For now, it is considering such basic precautions as barring people from booking appointments in one area with a ticket number issued in a different area.

The second round of sign-ups for appointments between May 31 and June 6 will begin next Monday, covering the entire prefectures of Tokyo and Osaka, while the third round the following week will expand to surrounding prefectures.

The system mistakenly allowed some vaccination slots to be booked for mid-June. The government has decided to honor these appointments.