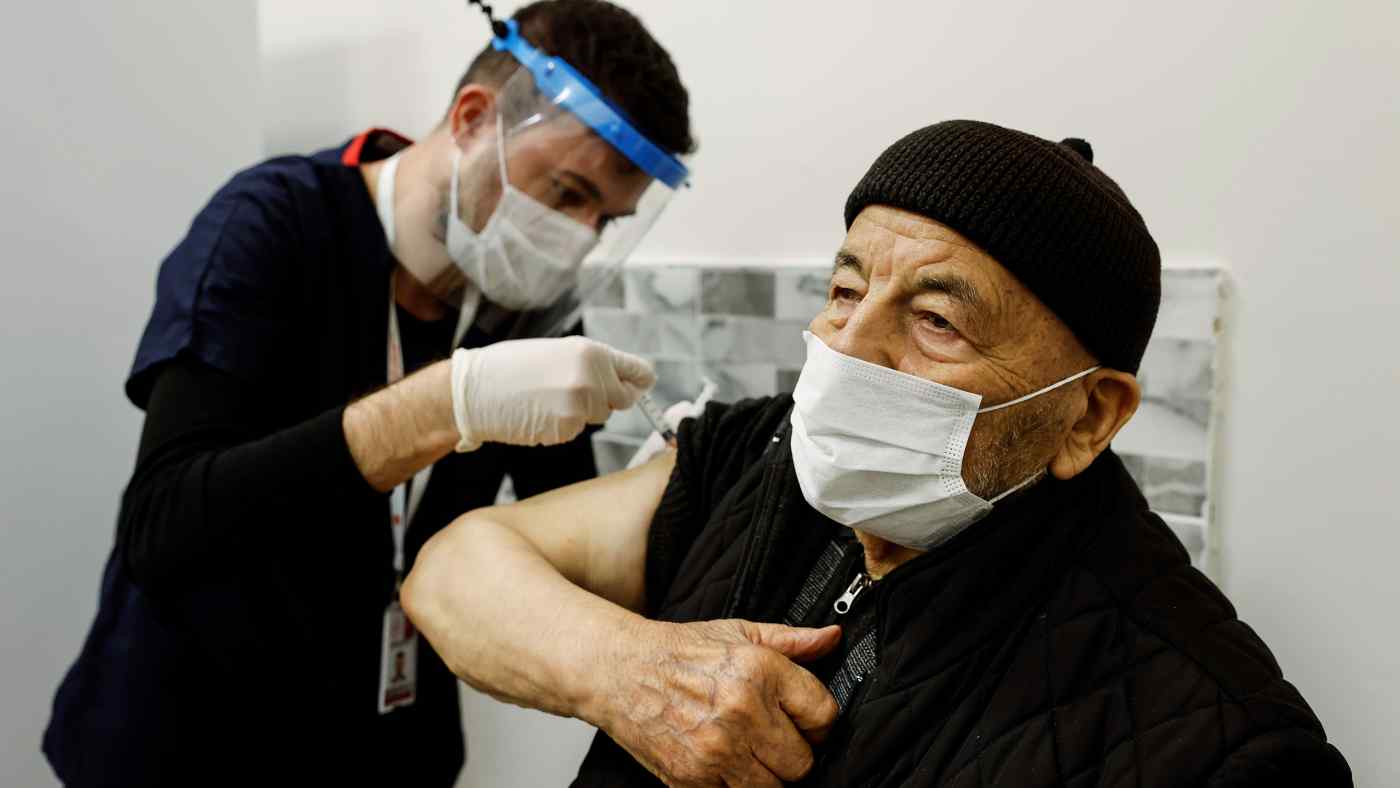 ISTANBUL -- Turkey announced that the Sinovac Biotech's COVID-19 vaccine is "significantly effective" after analyzing results from the inoculation of more than 7.5 million people with the Chinese doses.

With the efficacy of Chinese vaccines under scrutiny, Health Minister Fahrettin Koca told reporters late Monday that the positive case ratio for people aged 65 and older had halved to 8.2% from 17.7% since the program started in mid-January, and that the ratio for health care workers fell to 1.3% from 5.3%.

Turkey has administered almost 19 million doses to date, depending entirely on Sinovac until Pfizer/BioNTech inoculations began on April 2. The country, which spans Europe and Asia, is ranked sixth globally in the number of jabs administered and has given double-dose vaccinations to 9% of its population.

Turkey's results are a boost for the Sinovac vaccine, which has been found to have lower efficacy than other vaccines in global studies. A recent report from Brazil showed it was only 50.7% effective against a local variant known as P1.

Gao Fu, China's top disease control official at the Chinese Center for Disease Control and Prevention, told a news conference in Chengdu on Saturday: "We will solve the issue that current vaccines don't have very high protection rates," adding, "It's now under consideration whether we should use different vaccines from different technical lines for the immunization process."

However, Gao later send a message to The Associated Press, saying he was speaking about the efficacy rates for "vaccines in the world, not particularly for China."

When asked about Chinese officials' recent comments on effectiveness, Koca said that Turkey's own Sinovac Phase 3 clinical trial showed 83% efficacy. He stressed that Gao said he was misunderstood and had corrected his comment.

Coinciding with Chinese Foreign Minister Wang Yi's visit to Turkey at the end of March, bulk materials for 10 million doses of the Sinovac vaccine had arrived in the country.

President Recep Tayyip Erdogan said he mentioned the delays to Wang, who promised to take the issue to President Xi Jinping.

On April 12th, Turkey's Health Ministry announced more than 54,000 people had been infected with the virus over the previous 24 hours, close to all-time high.

Koca said 85% of new COVID-19 cases that are diagnosed are the variant that was first detected in Britain.