Vaccines become political as Taiwan wakes up to COVID reality A nurse administers a dose of the AstraZeneca vaccine to a health care worker on June 2 in Taipei.   © Reuters
ERIN HALE, Contributing writerJune 8, 2021 14:01 JST | Taiwan
CopyCopied

TAIPEI -- As Taiwan prepared for another weekend under semi-lockdown, the iconic Taipei 101 skyscraper lit up on Friday to thank Japan for the speedy delivery of 1.24 million doses of AstraZeneca following a round of secret negotiations.

Thousands of Taiwanese also flocked to social media to thank Japan amid anxiety over how Taiwan will contain its worst outbreak since the pandemic began.

From just 1,200 cases spread out over 18 months, Taiwan now tops 10,000. Though low compared to other parts of East Asia, it has been a major confidence blow as Taiwan has been hailed globally for its successful strategy in keeping COVID-19 at bay.

Despite ordering more than 20 million vaccine doses from COVAX, Moderna and AstraZeneca, only a few hundred thousand had arrived before June 4.

Japan's vaccines and a promise of 750,000 more doses from the U.S. over the weekend have been a major boost, but still far from meeting the needs of Taiwan's 23 million people.

As cases and fatalities suddenly began to rapidly climb following an outbreak in May, vaccines have gone from an almost nonissue to a brewing crisis.

President Tsai Ing-wen, who won the January 2020 presidential election by a landslide, has seen her approval rating fall from an all-time high of 71% last May to around 40% a little more than 12 months later, according to the latest figures from National Chengchi University.

"In the past year and a half, Taiwan has been living in its own world. Now it's waking up to the reality of the rest of the world," said Wei-Ting Yen, a Taiwanese assistant professor at the government department of Franklin and Marshall College.

"Prior to May 1, there was no virus domestically. Then all of a sudden people are forced to live with the virus, which they hate, so they want the vaccine so they can live virus-free again. That's not possible but the pan-blue camp (anti-Tsai) frames this issue as 'once we get the vaccine things will automatically be perfect again,'" she added.

While trust and mistrust in the government has largely fallen along party lines between the "green" Democratic Political Party and the "blue" Kuomintang (KMT), potential rivals have tried to score points.

Taipei Mayor Ko Wen-je, a trained doctor who has been cited as a possible contender for the 2024 election, has used the outbreak to hammer the government. He also recently accused the government of delaying foreign vaccines so that Taiwan's domestic vaccine manufacturers Medigen and United Biomedical and their investors can recoup profits.

Both companies say their domestic vaccine are in the second phase of clinical trials and will be available by the middle of the summer. 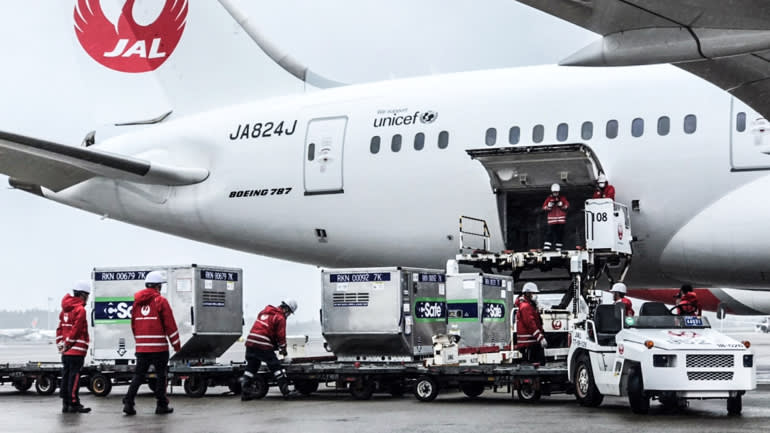 Workers load COVID-19 vaccines onto to an airplane before the plane takes off from Narita Airport in Japan to Taiwan on June 4.   © Taiwan Economic and Cultural Representative Office in Japan/Reuters

Terry Gou, the charismatic founder of Foxconn who ran a failed bid in 2019 to stand as the KMT presidential candidate, is back in international headlines as he pledged to procure 5 million doses of the Pfizer-BioNTech vaccine through his YongLin Charity Foundation.

It is unclear whether he will succeed as until now only governments have been able to purchase vaccines from manufacturers. A similar initiative by the Buddha's Light International Association, one of the largest Buddhist organization in Taiwan, to buy the Johnson and Johnson vaccine has also failed.

The KMT meanwhile has also capitalized on anger at Taiwan's slow acquisition of vaccines, criticizing both Tsai and Minister of Health Chen Shih-chung.

Perhaps more worrying for the government is that trust in Taiwan's Central Epidemic Command Centre has become a political issue, again falling down party lines.

Amongst non-partisan voters, however, who make up about 40% of the electorate "about half are still ok with the CDC's performance, even though many are not satisfied with the amount of vaccine that the government prepared," said Austin Wang, an assistant professor at the Department of Political Science at the University of Nevada Las Vegas.

Then there is Taiwan's longtime existential rival, China, who the Tsai administration has accused of blocking a deal to obtain the Pfizer vaccine via Germany's BioNTech. It also continues to block Taiwan from attending the World Health Assembly sessions as an observer.

Meanwhile, a Chinese "NGO" in Beijing has offered 5 million doses of its BioNTech made by Chinese manufacturer Shanghai Fosun Pharmaceutical and another 5 million of its domestically developed Sinopharm vaccine.

While only a minority of Taiwanese said they would take a Chinese vaccine, 56% said they were open to a foreign vaccine made in China like the Shanghai Fosun BioNTech mRNA option. As fatalities continue to rise, many may ask why the government does not take this option although the DPP-led government would consider it a poison chalice.

"The Tsai government linked its early performance to not trusting China. The DPP is playing the same tactic now, and people still buy it. As a result, 80%-90% do not want to use the vaccine provided by China," said Wang.

Previous polling has shown that while Taiwanese may distrust China, they still believe it is important to do business with them, which Wang said extends to the vaccine debate. "Many people do not believe in China, but they are OK with the (BioNTech) for which Chinese businessmen only serves as an agent," he said.

To refocus public attention, Tsai has promised that all vaccines will be free as the CECC has begun to promote its booking platform for the vaccine rollout, although it is still unclear when it will happen on a national scale.