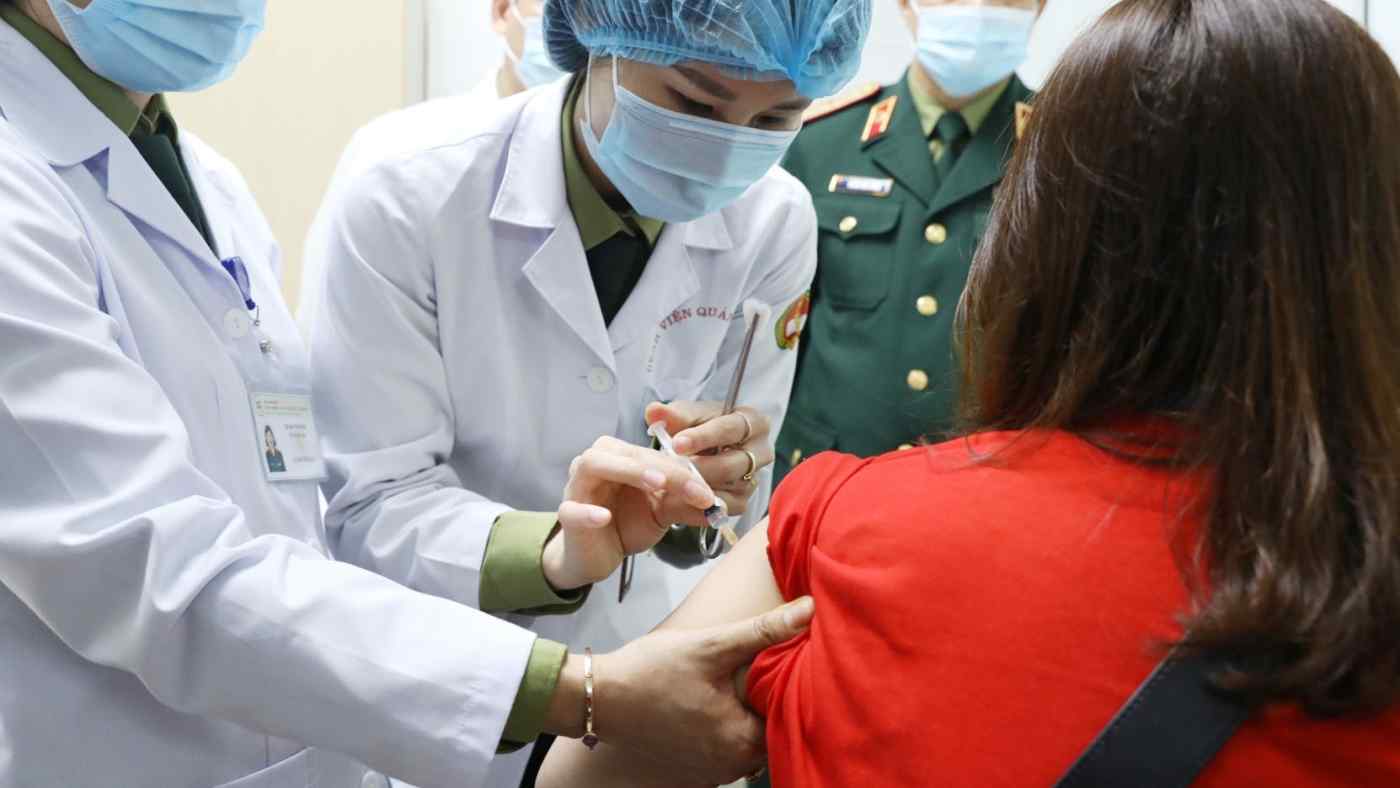 HANOI -- Vietnam's first coronavirus vaccine candidate is headed for a final-stage trial, giving a country that has accepted no Chinese-made shots a chance to gain ground on Southeast Asian peers in inoculating its people.

Nanocovax, a recombinant protein vaccine made using animal cells, was developed by a startup called Nanogen Pharmaceutical Biotechnology in collaboration with Vietnam Military Medical University. The first-phase trial began in December, followed by the start of the second phase in late February.