WHO approves Sinovac COVID-19 vaccine for emergency use 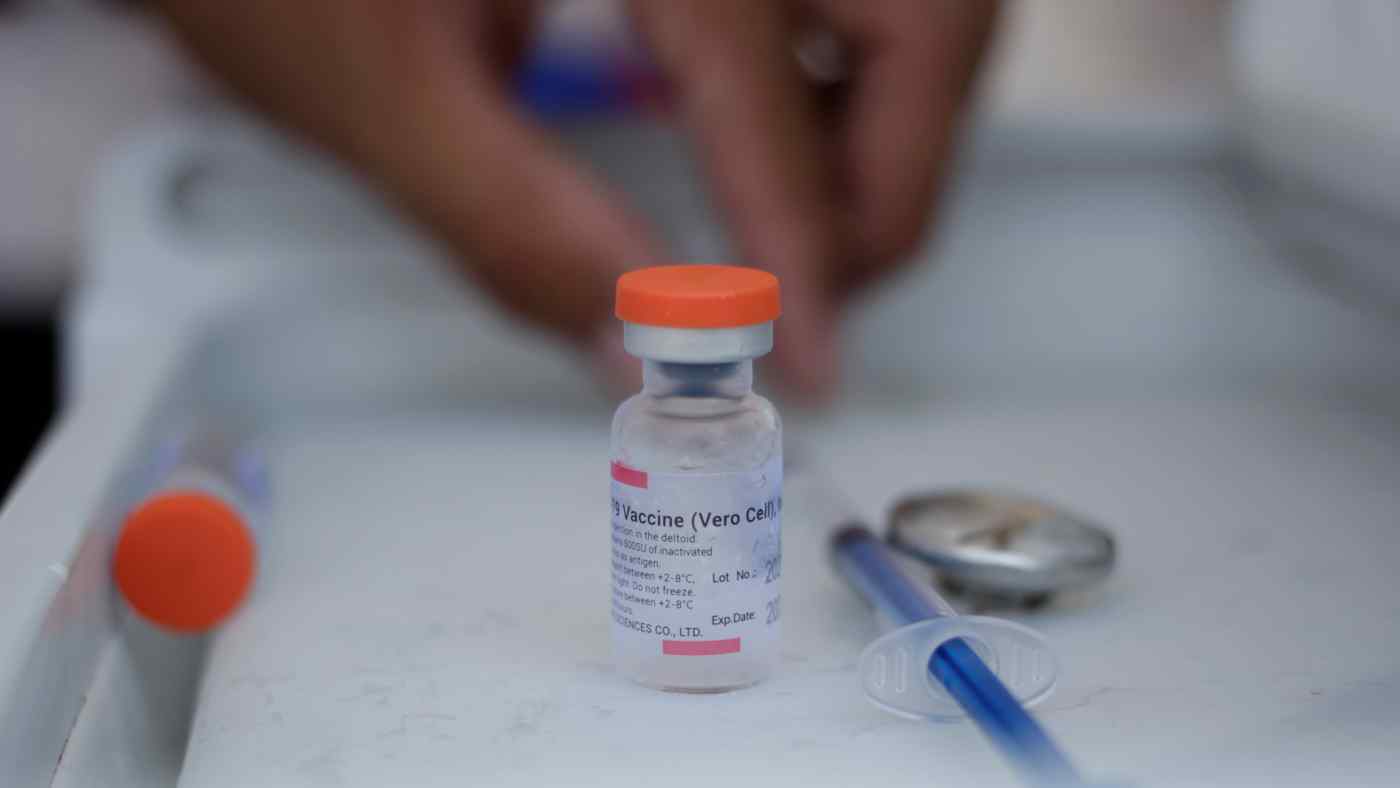 Sinovac's CoronaVac COVID-19 vaccine is the second from China to be approved by the WHO.   © Reuters
CK TAN, Nikkei staff writerJune 2, 2021 02:42 JST | China
CopyCopied

SHANGHAI -- The World Health Organization on Tuesday approved the second Chinese COVID-19 vaccine for emergency use, providing a possible boost to its global access initiative as concerns about trial data linger.

Sinovac Biotech's CoronaVac joined Sinopharm and five other Western vaccines recognized by the WHO, which is trying to meet the global demand for inoculation.

An independent panel of experts at the WHO said in a statement it recommended Sinovac's vaccine for adults over 18, with a second dose two to four weeks later. There was no upper age limit as data suggested it is likely to have a protective effect in older people.

Over 270 million doses of CoronaVac have been administered so far, 60% of them in 37 countries and jurisdictions globally as of April 22, according to the data posted on the WHO website. The vaccines have an efficacy rate of between 50.65% and 83.5% based on phase-three clinical trials in Brazil, Turkey and Indonesia.

Like Sinopharm's SARS-CoV-2 vaccine, CoronaVac uses inactivated virus to create immunity, a proven technology to fight flu and polio. These vaccines can be manufactured on a reasonable scale and they require two doses to build adequate protection.

Indonesia, one of the earliest to order CoronaVac and which has commenced local production, recently reported 94% efficacy in a study involving nearly 130,000 medics. In Serrana, a Brazilian city of about 45,000 people, COVID-19 casualties plunged by 70% after nearly 98% of its adult residents were vaccinated with CoronaVac, Nikkei Asia reported on May 12.

Tuesday's approval comes after the WHO expressed earlier the "low level of confidence" in the quality of data submitted by Sinovac Biotech regarding the risk of serious adverse events in individuals above 60 years old.

But the doubt appeared to ease with the recognition, which would also pave the way for the vaccine to qualify for the WHO-led COVID-19 Vaccines Global Access, or COVAX, initiative.

"Although the Chinese vaccines have not gone through what many countries would consider a traditional clinical development pathway, the real-world evidence so far is strong," Gustav Ando, a vice president at financial data provider IHS Markit, told Nikkei Asia.

China has pledged to contribute 10 million doses to the COVAX initiative, which is facing a shortfall as India, the initiative's largest supplier, limits the scope of vaccine exports to tame its severe domestic outbreak.

"Covishield export will be limited until June 2021," Prashant Khadayate, a pharma analyst at U.K.-based GlobalData, told Nikkei Asia, alluding to the COVID-19 vaccine produced by the Serum Institute of India. Khadayate estimates that COVAX is now projected to only deliver 145 million doses instead of 240 million by end of May, part of a broader plan to provide 2 billion doses to 190 economies in 2021.

However, analysts including Khadayate do not expect a surge in demand for Chinese vaccines among developed countries even with the WHO's endorsement.