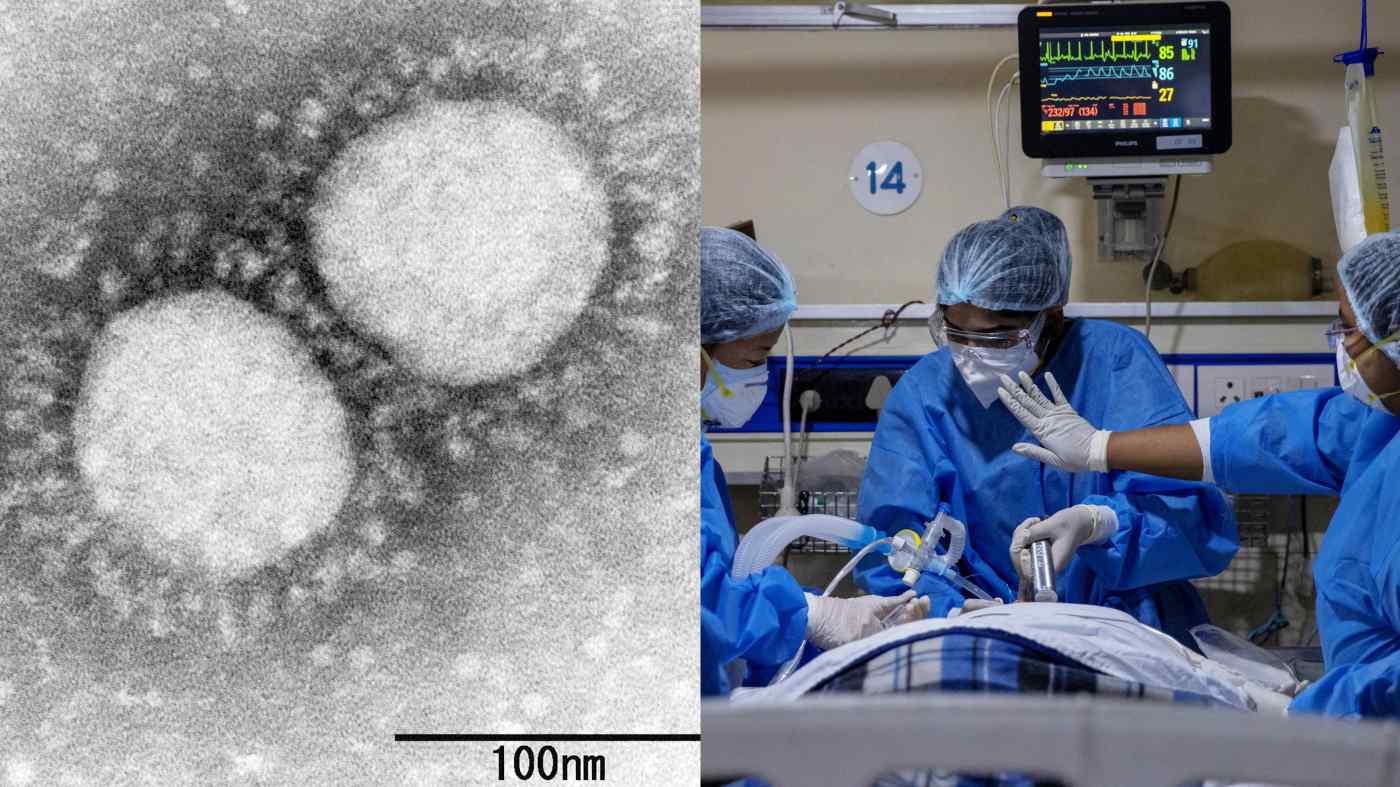 Many hospitals in India, like this one in New Delhi, have been overwhelmed by the surge in COVID-19 patients. (Source photos by Reuters and National Institute of Infectious Diseases/Kyodo)
MITSURU OBE, Nikkei staff writerApril 30, 2021 19:49 JST | Japan
CopyCopied

TOKYO -- Daily coronavirus infections have risen sharply in India. Japan, too, is experiencing an increase, despite a state of emergency being imposed for a third time in a year this week. More infectious variants of the virus are a key culprit, according to scientists.

How dangerous are the new variants and how are the two governments responding?

How different are the new variants?

A virus mutates when it replicates. The new virus variants have different names, such as the U.K. variant, the Brazilian variant or the South African variant, but they have common mutations.

In one of the key mutations, some of the amino acids in the virus spikes have developed a greater affinity for an enzyme in human cells called the ACE2 receptor. This means the virus can better bind to the receptor to infect human cells.

The virus does not invade all cells in the human body, however. The variants have greater infectivity in the upper respiratory tract, such as the nose and throat, says Kazuhiro Tateda, a professor at Toho University and chairman of the Japanese Association for Infectious Diseases. 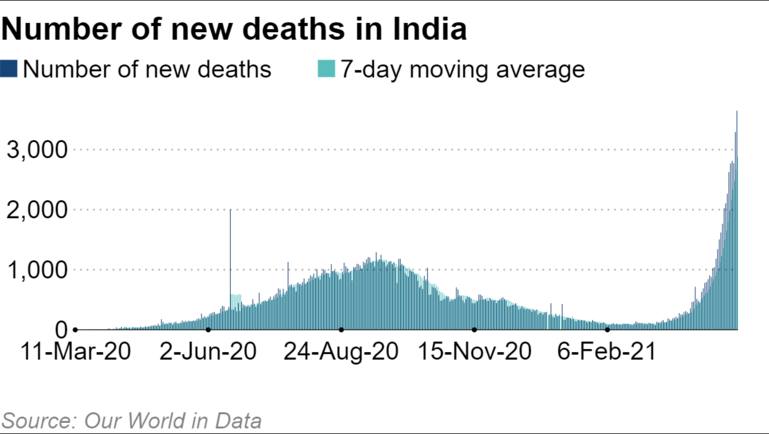 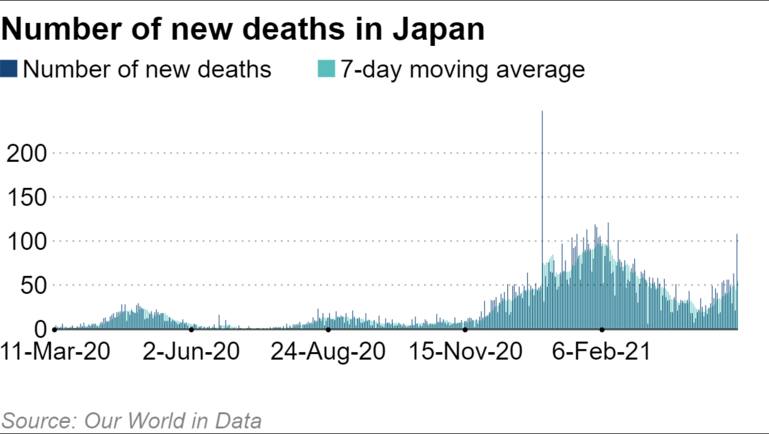 The rate of deaths has not changed dramatically, indicating that the new variants are more infectious, but not more deadly, Tateda said. The virus can cause serious illness if it infects cells in other parts of the body, such as blood cells.

Where did the new variants come from?

Scientists do not have conclusive evidence as to the origin of the new variants.

In the case of Japan, the new variants are more likely to have been brought in by people outside the country, says Shuzo Matsushita, a professor of virology at Kumamoto University. Polymerase chain reaction, or PCR tests, can detect only 70% to 80% of infections, so it is possible that the new variants slipped through border controls, he says.

But Matsushita adds that viruses that survive tend to exhibit similar mutations, indicating the virus is following a similar evolutionary path despite being found in different countries or regions. Are there other reasons for the COVID-19 surge?

The latest wave of infections has hit regions that were previously less affected by COVID-19. In Japan, for instance, the western regions of Osaka, Kobe and Fukuoka have suffered much more than Tokyo.

Matsushita points to complacency. "People in these regions may have been less vigilant than those who were hit by the pandemic before," he said. In India, the new wave struck just as people thought they had successfully contained the virus, after reducing the number of new daily infections fell to less than 9,000 in early February.

Infections have surged in rural areas of India particularly, where medical infrastructure remains inadequate. The state of Maharashtra is by far the worst affected state. The surge is blamed on the spread of the virus from big cities, such as Pune and Mumbai, to rural areas.

The sudden surge in the number of infected people has also overwhelmed hospitals, making it harder to provide proper care for patients. In Delhi, 20 COVID patients died in a hospital last week when oxygen supplies ran low. Near Mumbai, at least 13 patients died after a fire broke out in the intensive care unit of a hospital treating COVID patients.

How are the governments responding?

One thing that has been made clear by the latest wave is the need for speedy vaccinations.

Japan and India have been slow to vaccinate their populations. In India, the number of fully vaccinated people per 100 stood at 1.79, compared with 56 for Israel and 29 for the U.S. The rate for Japan is a minuscule 0.79.

In Japan, the government is sensitive to public concerns about the use of a previously untested vaccine using messenger RNA. Doctors are also wary of drawing blame for the fairly strong side effects known to accompany the new vaccines. The government has left the campaign to local governments, causing problems with coordinating distribution.

More recently, however, Prime Minister Yoshihide Suga has adopted a top-down approach, ordering the Self-Defense Forces to set up large inoculation sites in Tokyo and Osaka to accelerate the rollout. "The central government is finally taking the lead," said one doctor in Tokyo. "It should have stepped in earlier, though."

The SDF-run vaccination site in Tokyo will reportedly be open from 8 a.m. to 8 p.m., seven days a week, and be capable of inoculating 10,000 people a day.

In India, the government of Prime Minister Narendra Modi hasn't imposed a nationwide lockdown yet, after one last year hurt the economy badly. But all-out efforts are underway to contain the virus. The Indian Air Force, for instance, has airlifted oxygen tankers from Thailand to ease the shortage of medical oxygen.

Will vaccination solve the problem?

Vaccination will be key, but experts say caution is warranted for the time being.

Former Indian Prime Minister Manmohan Singh caught COVID-19 on April 19 despite being vaccinated against the virus.

In Japan, medical workers continue to wear masks even after being vaccinated. Vaccination improves the body's resistance to the virus, but it doesn't eliminate it completely, says Matsushita, the Kumamoto University professor. He says getting vaccinated is like being a young person with a strong immune system. You won't fall ill, but you can still carry the virus and infect others.

"I believe the right thing to do is to continue to wear a mask even after getting the shots while the pandemic is ongoing," Matsushita says.