HANOI -- Vietnam has gone on high alert nationwide to contain COVID-19 outbreaks in the north, even as the country holds a general election Sunday for 69 million voters to select 500 members of parliament.

Samsung's two plants in northern Vietnam handle more than half the company's global smartphone output. But 13 local suppliers for Samsung in Bac Giang have been forced to shut temporarily.

The outbreaks come at a delicate time in the communist-dominated country, with the National Assembly seats up for grabs Sunday. Vietnamese 18 and older choose members of the unicameral parliament every five years.

The country's constitution stipulates that the Communist Party of Vietnam is "the force leading the state and the society" and that the National Assembly is led by the party, Ha Hoang Hop, a visiting senior fellow at Singaporean research group ISEAS-Yusof Ishak Institute, told Nikkei Asia. The law stipulates that voters cast ballots by themselves, but "actually, we have tolerated proxy voting by family members and have achieved a high turnout," Chinh said.

The 866 candidates in Sunday's election include 74 who are not Communist Party members. One of those independents is Luong The Huy, 32, who also is the first openly gay candidate for parliament. He is running for a constituency in Hanoi. 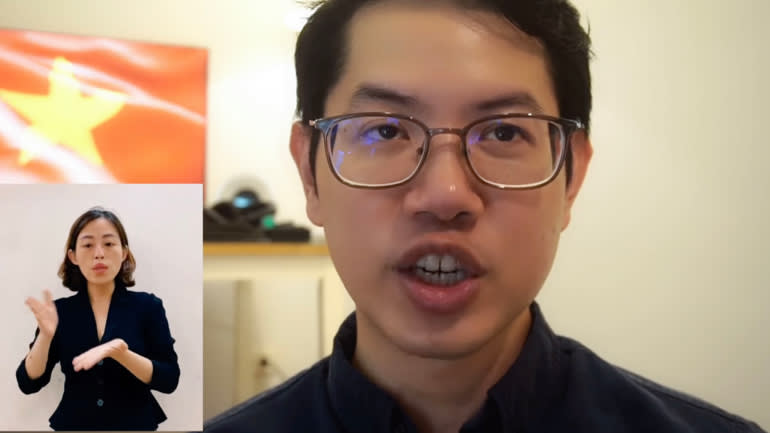 While Vietnam has not legalized same-sex marriage it also does not forbid it, though married LGBT couples have no legal status or protections.

The communist leadership aims to ensure the stability of one-party rule by gradually accepting the participation of independent candidates and minorities in politics. If Huy wins, the result would fall within the party's calculations, Duong Quoc Chinh said.

On Friday, Pham Minh Chinh ordered authorities to ensure a safe election. The epidemic situation is under control for now, and Vietnam will have well-organized elections, he said.

Securing a safe and smooth election will be a big challenge for the prime minister, who came to power in April following the party National Congress in January. He inherits the "dual goals" of containing the pandemic and achieving economic growth at the same time, Hop said.

The outbreaks in northern Vietnam are attributed to a coronavirus variant first detected in India.

"The Hanoi government can only rely on stricter prevention measures at all voting sites, as the current COVID situations are complicated and uncertain," Hop said. "Thanks to 76 years of experience on conducting elections under a one-party political regime, it is likely to end up a smooth election."

Final results of the general election will be announced within 10 days after the vote.