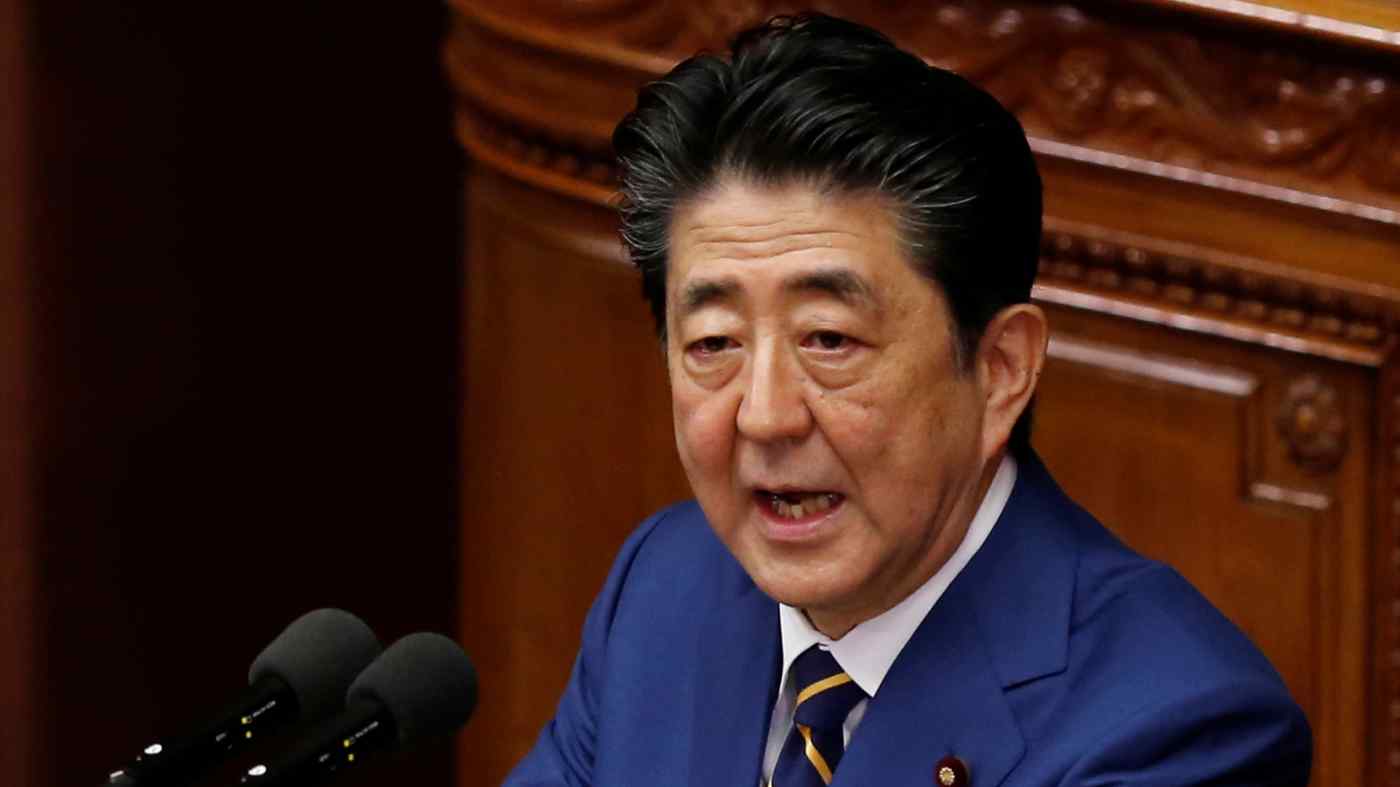 Japanese Prime Minister Shinzo Abe would have to seek the advice of a panel of experts before declaring a state of emergency.   © Reuters
FRANCESCA REGALADO, Nikkei staff writerMarch 10, 2020 10:49 JST | Japan
CopyCopied

TOKYO -- In the latest escalation of measures to curb the coronavirus outbreak, the cabinet of Japan on Tuesday approved a bill that would enable Prime Minister Shinzo Abe to declare a state of emergency.

The move is the third measure adopted by the Abe government as pressure mounts to contain the epidemic before this summer's Tokyo Olympic and Paralympic Games. Two weeks ago, Abe requested schools to be closed and events canceled nationwide, following up with legislation to release 270 billion yen ($2.6 billion) in emergency funds to subsidize companies and parents for missed work.

The current special measures law for infectious diseases, however, does not give the government power to enforce such requests. The bill approved by the cabinet would include the recently designated COVID-19 in the law, which currently covers only unknown infectious diseases.

After the amendment is passed, the prime minister would have to seek the advice of a panel of experts before declaring a state of emergency. Only then can prefectural governors have a range of options to respond to the outbreak, including requesting curfews and home quarantine, controlling the sale of medicine and food, closing schools and canceling public events, and taking over private land and facilities to provide medical care.

Independently of the central government and ahead of the special measures law, the governor of Hokkaido on Feb. 28 declared a state of emergency after the prefecture saw the highest number of clustered infections in Japan. In the United States, which is now seeing its own homegrown outbreak, the governor of New York declared a state of emergency, followed by Pennsylvania and California.

Opposition parties in the Diet, however, maintain that the existing law is sufficient for handling the outbreak of the novel coronavirus, which was first detected in China late last year.

"Given that individual rights would be suppressed [after an emergency declaration], I would thoroughly examine its potential impacts when making a decision," Abe told a Budget Committee session on Monday.

In a rare overture last week, Abe met with five opposition party leaders to seek their support for the legal change. The opposition has been critical of the government's quarantine and border control measures to fight the pneumonia-causing coronavirus.

The main opposition Constitutional Democratic Party of Japan and the Democratic Party for the People say the prime minister should meet strict requirements such as seeking prior parliamentary approval before declaring a state of emergency.

The number of confirmed cases in Japan has surpassed 1,100, including about 700 from the Diamond Princess, a cruise ship quarantined near Tokyo.