576 new cases reported Friday, more than the total during first year of pandemic 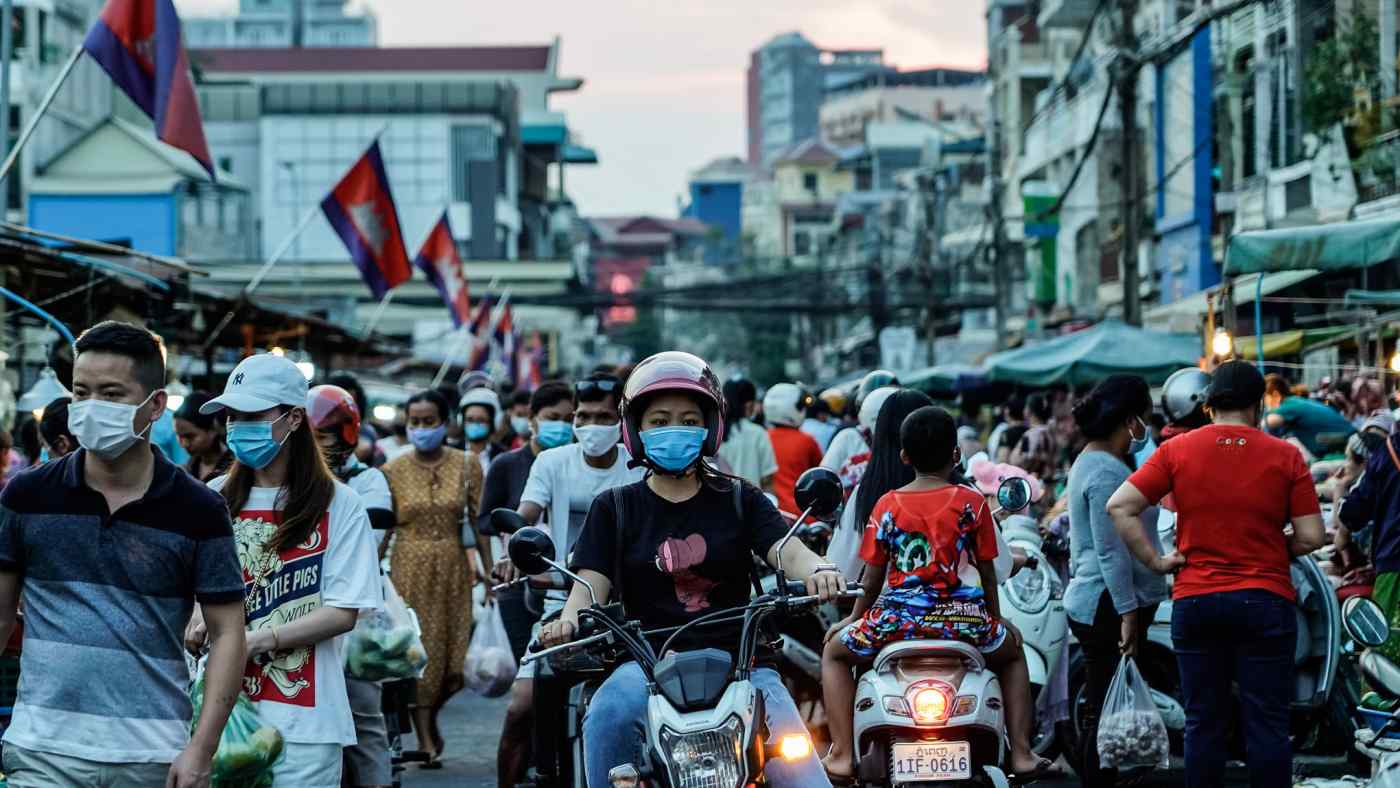 PHNOM PENH -- Cambodia reported an unprecedented surge of 576 new COVID-19 infections on Friday, registering more cases in one day than its tally during the first year of the pandemic.

The surge centered on Phnom Penh, where 544 new cases were found, according to a Health Ministry statement.

All new infections were linked to an outbreak known as the Feb. 20 event, named for the day of its discovery.

The outbreak, which involves the more infectious U.K. variant, is believed to have originated from four Chinese nationals alleged to have bribed their way out of hotel quarantine.

It has since spread across the country, caused 24 deaths and undermined what had hitherto been an unexpected success story. The day prior to the outbreak, Cambodia had just 484 overall cases and no fatalities.

Friday's increase, which pushes the amount of active cases above 1500, followed the discovery of hot spots including a busy city market and a garment factory.

Cambodia's notoriously underfunded public health system is now being pushed to its limits.

Health authorities have converted a defunct luxury hotel into a 500-room coronavirus hospital. It also nationalized and repurposed a private hospital to treat infections.

The country is also rushing to ramp up its vaccine rollout. Hun Sen said civil servants that refuse to be inoculated would not be allowed to return to work.

Cambodia's labor minister also raised the possibility that garment workers who aren't vaccinated could eventually be barred from factories and lose their jobs, Voice of Democracy reported.

The government has also brought in new restrictions, including an internal travel ban, an 8 p.m.-5 a.m. curfew and the closure of all tourism attractions, including the famous Angkor Wat temples.