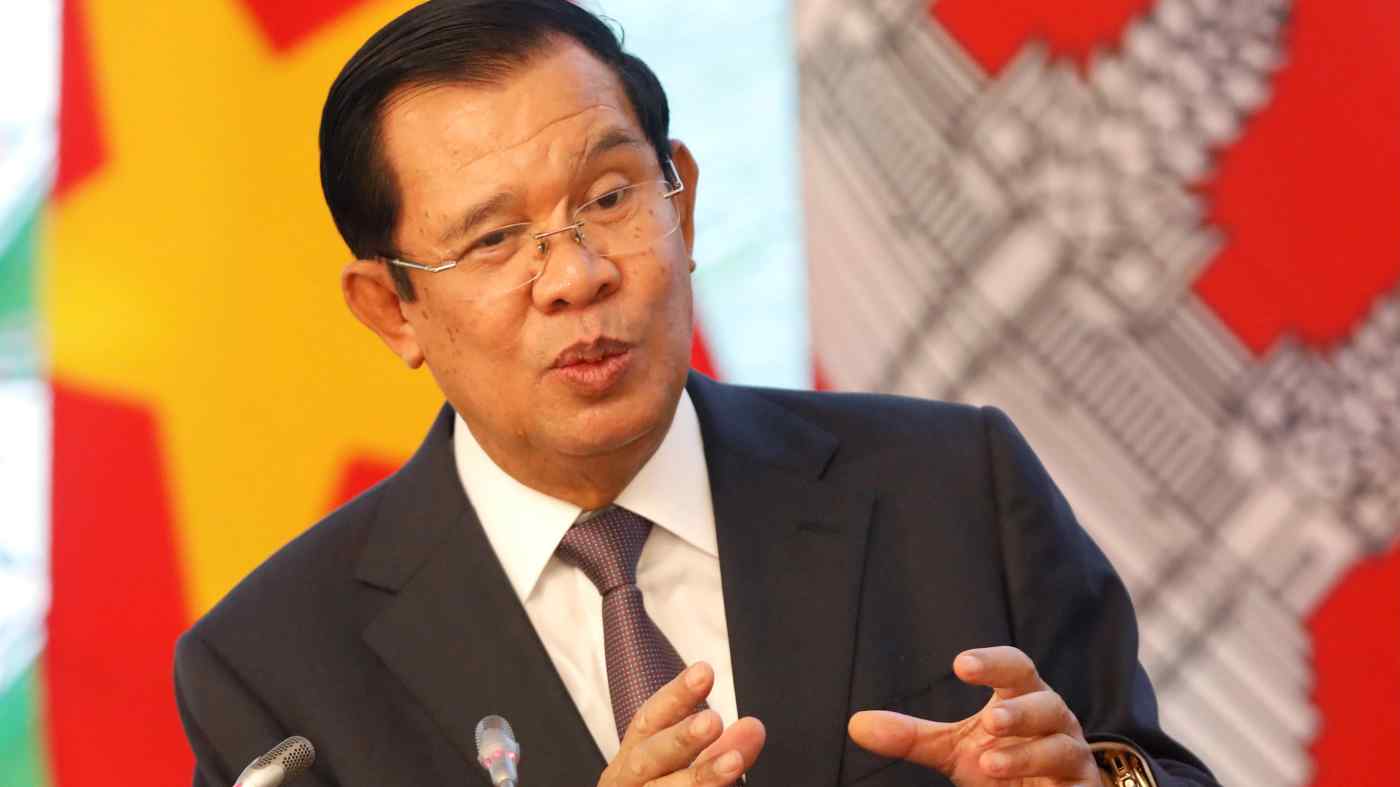 The announcement made on his Facebook account on Friday night contradicts a previous pledge by the Cambodian leader to only use treatments approved by the World Health Organization.

Hun Sen acknowledged his previous position, but said the country could no longer afford to wait as cases stemming from an outbreak in Thailand continued to rise.

"We cannot wait any longer because of the need to protect the health of our people. Yesterday, there were up to 15 new infections, and today 10 more positive cases, all from neighboring Thailand," he said, according to state media outlet Agence Kampuchea Presse.

"Therefore, we need to use this vaccine for the protection of our people."

He said the vaccine would come from Sinopharm, also known as the China National Pharmaceutical Group, and would be donated via the countries' defense ministries.

He said the fact that the Sinopharm vaccine did not require extremely low storage temperatures would help authorities' efforts to inoculate some 500,000 people.

Hun Sen noted that China-developed vaccines had been rolled out in China, given to top leaders in Beijing, and used in countries including Indonesia, Egypt and Brazil.

"They have not been hesitant to use the China-developed vaccines," he said.

The exact timing of the rollout was not revealed. Priority groups included royal staff around the king, the Prime Minister, the heads of Cambodia's parliament and senate; as well as medical workers, teachers, police, the armed forces and taxi drivers, according to state media.

"The vaccination will be free of charge and on a voluntary basis," Hun Sen said.

Hun Sen reiterated that the countries aimed to eventually acquire enough vaccine stocks to inoculate 80% of the country's 16 million citizens.

The country has managed to avoid a serious outbreak and has reported no COVID-19 related deaths. However, a recent surge in cases in Thailand is causing infections to rise as migrant workers return home.

On Saturday, Cambodia's Ministry of Health reported 10 new cases among migrant workers, bringing its overall tally since the pandemic began to 436.