Cambodia records first COVID-19 death over a year into pandemic 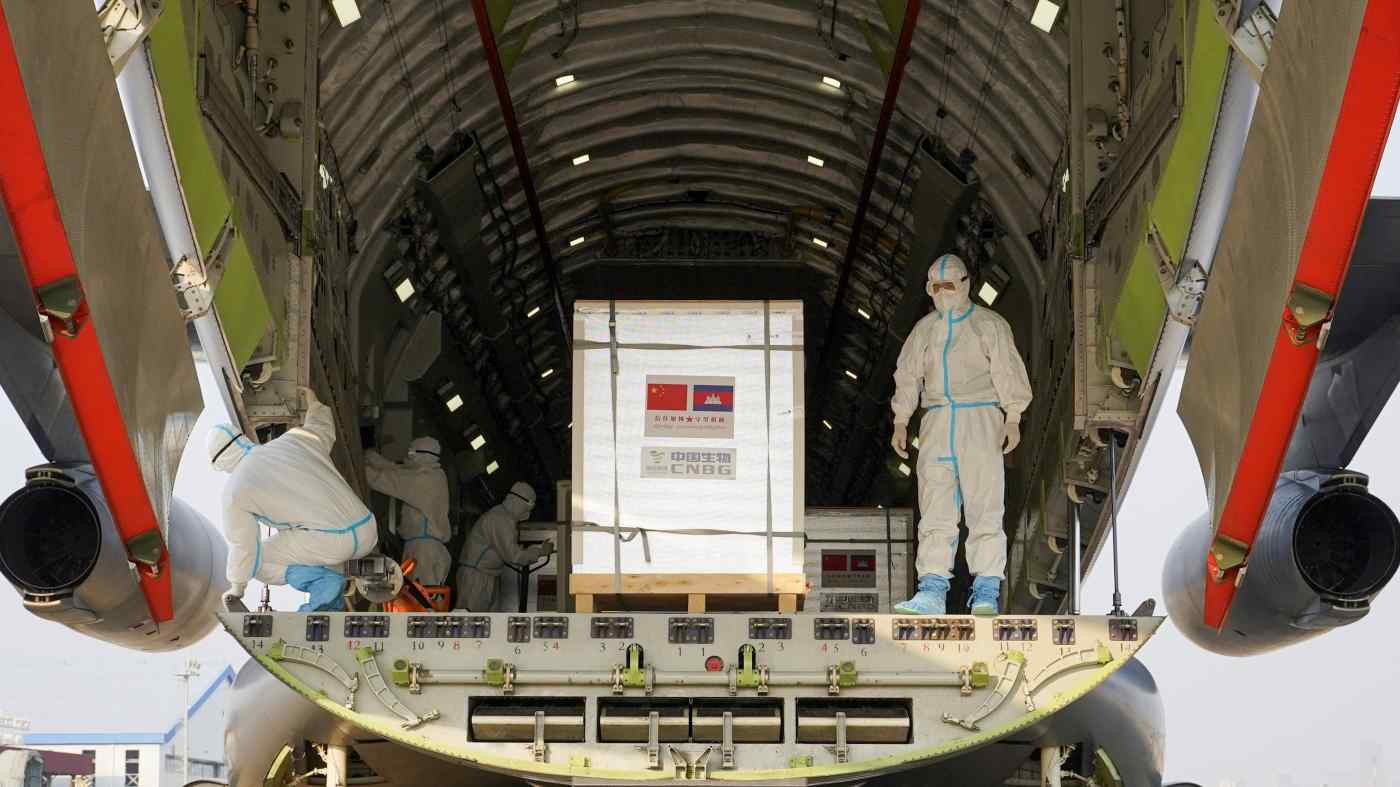 PHNOM PENH -- Cambodia reported its first official death from COVID-19 on Thursday, more than a year since the pandemic began and just as the country's legislature passed stiff new penalties for flouting virus protocols.

In a statement, the country's Ministry of Health said a 50-year-old Cambodian man died from the respiratory virus at Phnom Penh's Khmer Soviet Friendship Hospital at 10.40 a.m.

The deceased, diagnosed with COVID-19 on Feb. 27, was a driver in Sihanoukville for a Chinese national who was also infected. Both cases are linked to an outbreak known in Cambodia as the "Feb. 20 event," for when it was first detected.

The outbreak is Cambodia's worst of the pandemic so far, making up more than half of the country's 1,163 overall cases. It has spread to seven of 25 provinces and threatens Cambodia's hitherto success story in containing COVID-19.

To curb infections, authorities have ordered shutdowns of schools, entertainment venues and some businesses. More than 10,000 people are caught in lockdowns of locations linked to the cluster.

Cambodia's senate on Thursday passed a law to penalize noncompliance with public health measures. The legislation -- which will be promulgated soon after receiving the king's signature -- includes prison terms of between six months and 20 years, and fines up to $5,000, for people or groups that endanger public health by defying virus control orders.

The initial infections that sparked the Feb. 20 event were linked to four Chinese nationals who absconded from their hotel quarantine after allegedly bribing security guards.

Earlier this week, Prime Minister Hun Sen ordered authorities to prepare new crematoriums, saying that in the event of COVID-linked deaths, the bodies would be cremated. He also called for public servants and private workers to work from home, acknowledging infections had spread among officials.

"By [staying home] we can avoid the risks that we cannot see and avoid those who have been infected," he said.

Today's case, while the first official fatality from COVID-19, follows the death last week of a COVID-positive Chinese national at a quarantine center. Authorities blamed his death on a drug overdose.

That death drew scrutiny and saw the quarantine center shut, with Hun Sen saying he was "shocked" by the conditions inside the warehouse-style building. Patients were moved to a hotel.

Cambodia's outbreak comes as its health authorities move forward with a vaccine rollout.

The first jabs began in February with a batch of Sinopharm doses donated by Beijing. In March, Hun Sen was among the first to receive an AstraZeneca shot supplied via the United Nations-backed COVAX program.