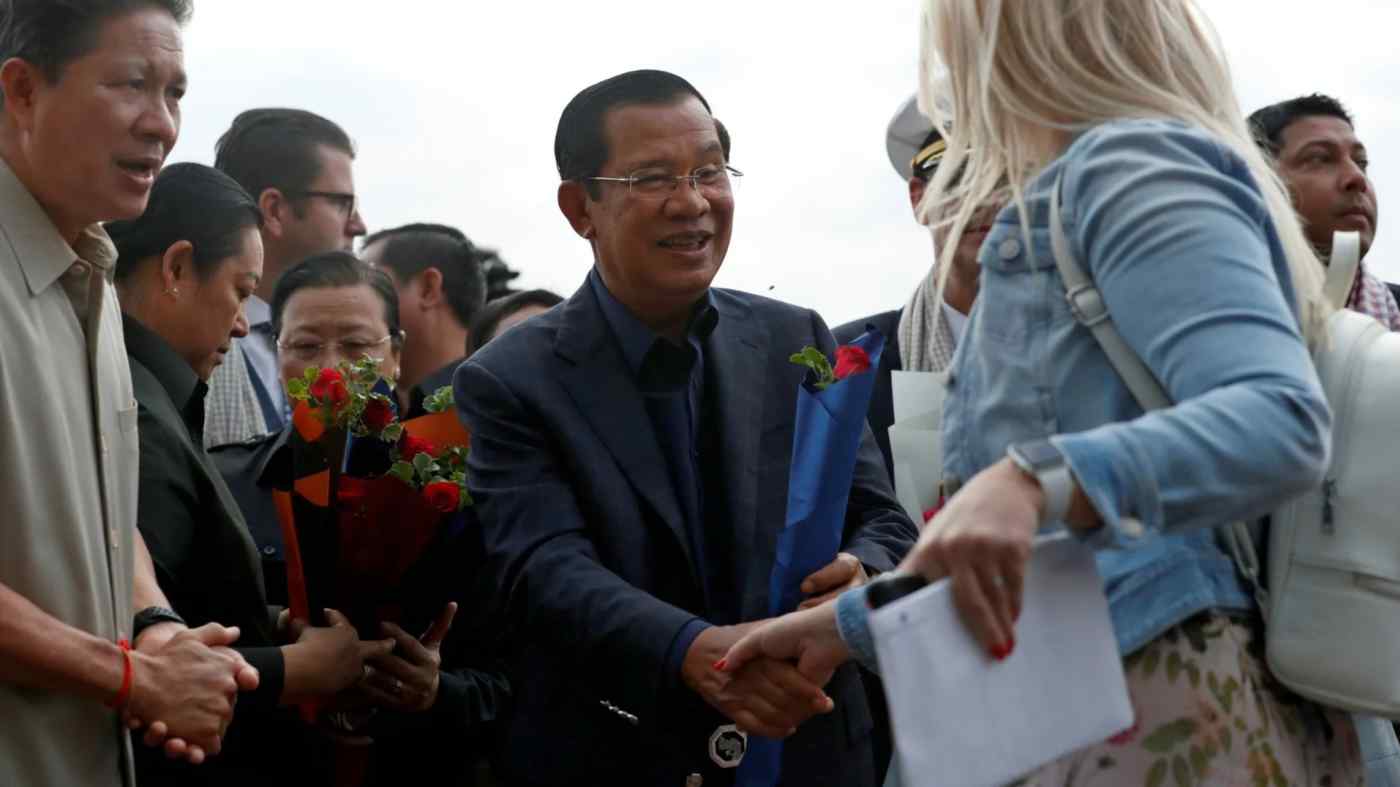 HANOI -- Cambodian Prime Minister Hun Sen on Friday personally greeted 400 or so passengers who disembarked from the Westerdam cruise ship after two weeks at sea, in a likely show of goodwill to the U.S. and Europe.

Hun Sen shook hands with passengers and handed out flowers at the port of Sihanoukville. The Cambodian government had allowed the vessel to dock Thursday as a humanitarian measure, letting passengers off after confirming that the roughly 20 sick individuals on board did not have the new coronavirus.

The Westerdam and its 2,000-plus passengers and crew members were previously turned away by such countries as Japan, the Philippines and Thailand over virus fears.

But China-friendly Cambodia has not restricted travel to or from China and other overseas locations.

"The kingdom does not just cooperate with China, but with all nations," Hun Sen said in a Fresh News interview Wednesday. "Coronavirus is a global challenge, and ... our humanitarian affairs have no borders."

The move may also have been an olive branch to the West, considering that nearly half of the Westerdam's passengers were American, with large numbers of Germans and Dutch on board as well. The European Commission decided to partly strip Cambodia of duty-free access to its market Wednesday, citing "the escalating repression of the opposition, media and civil society."

Phnom Penh's diplomatic gesture appears to have paid off. The American ambassador to Cambodia has expressed gratitude, for example.

The outbreak has dealt a heavy blow to cruise ship operators. Two vessels were recently turned away from Vietnam, according to media reports Friday, including one operated by Germany's AIDA Cruises. The ship is now headed to Thailand, where a local official said it will be allowed to dock.

Royal Caribbean Cruises announced Thursday that it has canceled 18 sailings in Southeast Asia. Both Royal Caribbean and rival Carnival -- whose Diamond Princess remains in quarantine at Yokohama -- expect lower full-year earnings per share due to the outbreak.