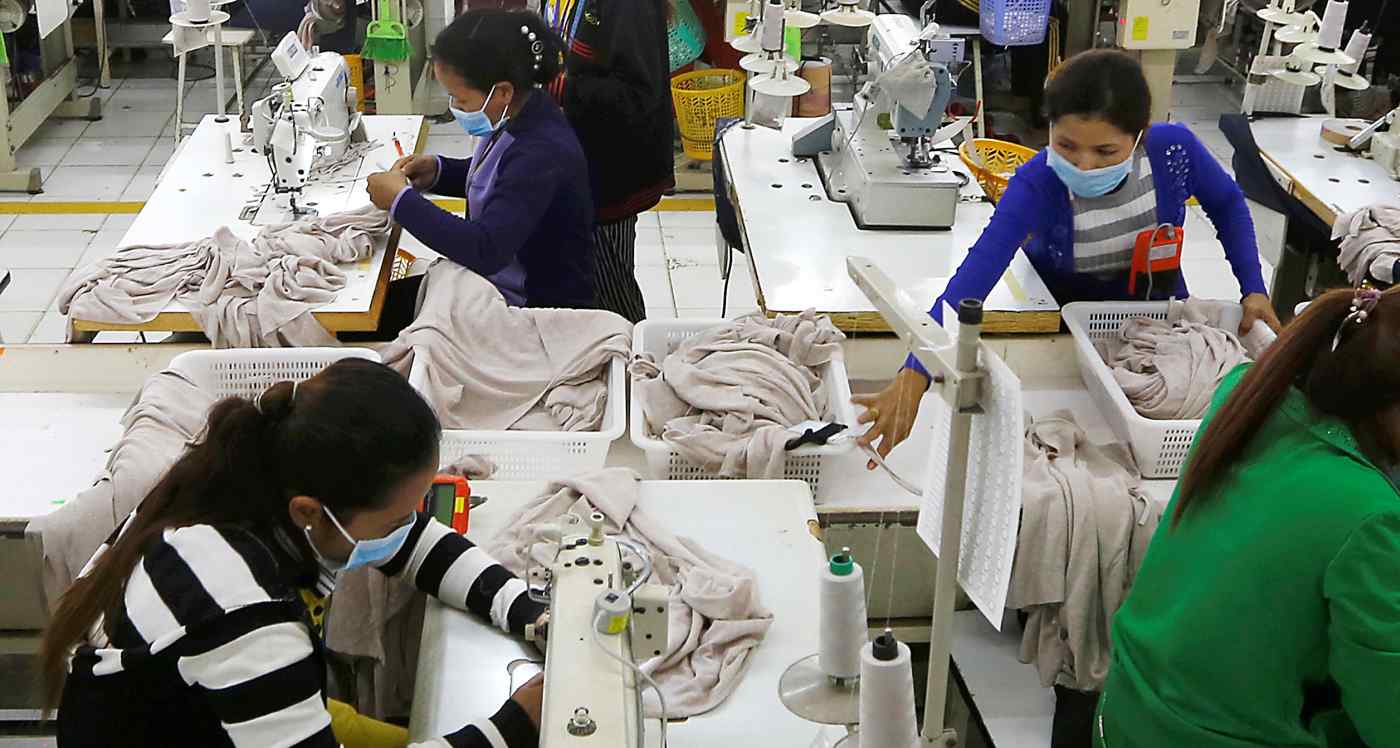 Ten factories in the Southeast Asian country suspended operations by the end of February.

"In March, we could see as many as 200 factories and enterprises running out of raw materials," Heng Sour, a spokesperson for Cambodia's labor ministry, told reporters on Feb. 27. "The worst-case scenario is that about 160,000 workers will be affected."

Cambodia's garment industry employs about one million workers on a full-time basis.

China is the world's biggest textile producer, but many of those factories have been unable to resume operation after the Lunar New Year holidays due to the spread of the new coronavirus.

Cambodia procures more than 60% of its textiles from China, said Ken Loo, secretary-general of the Garment Manufacturers Association of Cambodia. Shifting to India and other countries for sourcing much of this material cannot be done quickly, he said.

"It is true that some production is delayed," Osamu Ikezoe, chief operating officer of Uniqlo Vietnam, told reporters Thursday. Uniqlo, operated by Japan's Fast Retailing, opened its first store in Hanoi on Friday.

Negotiations with Chinese suppliers of raw materials have ensured that no shortage will occur when the store opens, Ikezoe said. But "as for the future, the production schedule in March and April is partly delayed." 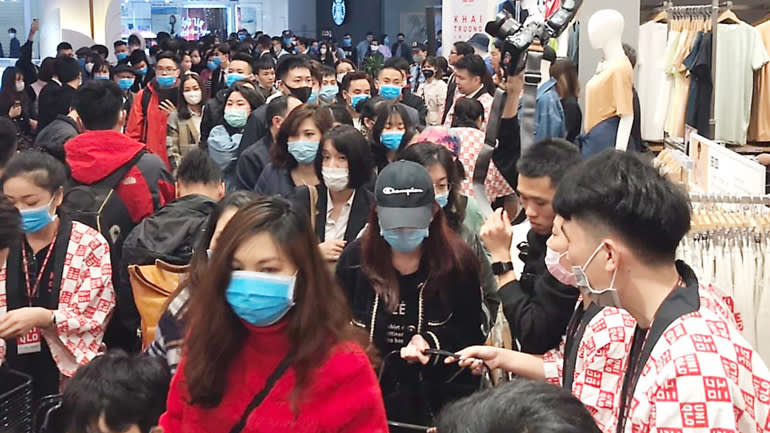 Uniqlo opens its first store in Hanoi amid concerns over the coronavirus. (Photo by Tomoya Onishi)

Though evidence suggests the rate of infections in China may have peaked, workers there remain subject to transport restrictions and the recovery of logistics in the country has been slow.

Cambodia's garment industry already was ripped by the recent withdrawal of certain trade privileges by the European Union. Since 2001, the country has increased exports to the EU under the "Everything But Arms" scheme, which grants a list of least-developed nations zero-tariff and quota-free access to the union's single market for almost all exports.

The country's exports to the EU have soared nearly tenfold, accounting for about 45% of Cambodia's total in 2018.

But the EU has intensified its criticism of the government and authoritarian Prime Minister Hun Sen. The issues include the effective exile of opposition leader Sam Rainsy and the dissolution of the Cambodia National Rescue Party, the country's largest opposition party.

After a yearlong review, the EU decided on Feb. 12 to withdraw some of the tariff preferences granted to Cambodia under its EBA trade scheme. The withdrawal, taking effect in August, covers clothing as well as travel gear, sugar and other products valued around 1 billion euros ($1.11 billion) per year -- one-fifth of Cambodia's total exports.

Yet the stresses are mounting, and garment jobs are being lost gradually.

But as Chinese textile factories appear unlikely to return to full operation anytime soon, labor unions are expressing skepticism about the ability of companies to continue providing this compensation for unemployment.

Cambodia has maintained high economic growth of around 7% under Hun Sen, as his administration actively accepts investment from Chinese companies. But this huge Chinese presence has made Cambodia more vulnerable than its neighbors to supply chain disruptions.

Integrated production from thread to textiles to finished products is an ideal form of business for the garment industry. But the upstream process of making threads and textiles requires heavy investment. Cambodia's garment industry faces a tough task if it works to reduce excess reliance on China.