MANILA -- When Russian and Filipino scientists met virtually on Aug. 12 to hammer out details for clinical trials of the Sputnik V coronavirus vaccine, they already had one volunteer: Philippine President Rodrigo Duterte.

Days before, the 75-year-old leader publicly promoted the Russian vaccine, saying he had a "huge trust" in it, and offered to be a guinea pig himself when clinical trials begin. He has been similarly enthusiastic about Beijing's vaccine efforts

"I would like to thank Russia, President [Vladimir] Putin, and China, President Xi Jinping, for offering to provide us the vaccine as soon as possible," Duterte said in a recent speech. "I cannot overemphasize my debt of gratitude."

Duterte, under fire for surging COVID-19 cases despite imposing one of the world's longest lockdowns, has touted a vaccine as the "only salvation available to humankind" during the pandemic.

The president has been criticized for his apparent fixation with a vaccine, even as the lockdown has plunged the economy into its first recession in 29 years, with some saying he is conceding to China on territorial disputes in hopes of securing doses.

Yet behind Duterte's aggressive vaccine diplomacy is Manila's ambition to develop its own pharmaceutical capabilities.

"If he did not have a close cooperation with President Putin, we would not have been able to have conversation with the Russian scientists," said Rowena Guevara, undersecretary at the Department of Science and Technology and the head of a technical working group on vaccine development. The day after the virtual meeting, the Philippines agreed with Sputnik V developer Gamaleya Institute to start local trials in October.

The Duterte administration's vaccine bid took shape in May when the Philippines assembled a group of local experts and mobilized its diplomats to "send feelers" to vaccine developers abroad, Guevara told the Nikkei Asian Review.

"We talked to our bilateral partners and asked if there's a company who is willing to do Phase 3 trials in the Philippines and transfer the technology for vaccine manufacturing," Guevara said in an interview. Several responded, she said, but China and Russia moved faster. 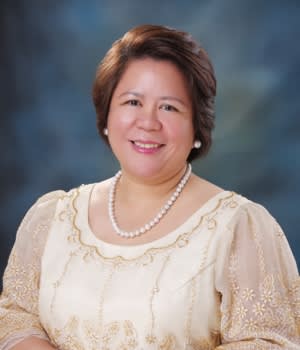 In addition to Russia's Gamaleya, the Philippines has also entered into advanced cooperation talks with China's Sinovac Biotech and China National Pharmaceutical Group, or Sinopharm.

"We don't have any vaccine manufacturing in the country, so we will start with the easiest entry, which is called fill and finish," Guevara said, referring to the repacking of vaccines in vials.

Two local companies have expressed interest in the program, the official said, adding that a state enterprise may also participate.

Other industry players, however are still considering whether to join the government effort.

Higinio Porte Jr., president of the Philippine Pharmaceutical Manufacturers Association, said the group will meet this week to discuss the issue. "But without commitment from the government to get the product produced in the local facility ... the investment would be risky," Porte told Nikkei, pointing to procurement rules that favor the lowest bidder. "We cannot compete in pricing with India and China."

The Philippines is also joining a vaccine solidarity trial led by the World Health Organization and the COVAX vaccine initiative -- but the latter only guarantees an allocation that would cover 3% of the Philippines' 105 million people, Guevara said.

Guevara said vaccine supplies will be limited once they become available. "We will have to line up. We should not be lining up. We need to be self-sufficient," she said.

Guevara said it will take around five years for Manila to develop its own vaccine for humans, but the institute can start with other vaccines for animals and plants, such as for African swine fever and Cadang-cadang, diseases that plagued the country's hog and coconut industries, respectively.

Experts, however, question how quickly the Philippines can advance its $4.9 billion pharmaceutical industry, whose drug makers rely almost entirely on imports and licensing of foreign patents. Dr. Beaver Tamesis, president of Pharmaceutical and Healthcare Association of the Philippines, said the country has scientists capable of developing a vaccine.

"But is there a political will and economic [commitment] to invest? That's a different question," Tamesis told Nikkei. He said past government iniatives to develop vaccines were dogged by lack of funding.

"The Philippine government should set a strategic vision for 25 to 50 years, not just five years," Tamesis added.

"Whether that's a doable target or not, I think we should prioritize many other things before even going into that point," Ong-Lim told a recent forum by the Foreign Correspondents Association of the Philippines.

The Philippines has the highest COVID-19 cases in Southeast Asia and has struggled to flatten the infection curve. And despite Duterte's aggressive promotion of the Russian vaccine, some in the Philippines share Western scientists' concern that Sputik V was hastily approved by Russian regulators.

Tamesis said the government must ensure the vaccines have gone through proper research and safety evaluation. "This is not a West versus the East or Russia and the rest of the world. This is just plain scientific integrity issue. It is about patient safety," Tamesis said.

If the review of Sputnik V's Phase 1 and 2 dossier goes well in September, Manila could begin the Phase 3 trial in October, while Duterte could only be inoculated as early as May, officials said.

But public confidence in the Philippines' vaccine program was damaged a few years ago when French company Sanofi Pasteur announced in late 2017 that its dengue vaccine, Dengvaxia, could pose higher risks for people who not previously exposed to the mosquito-borne disease. Allegations that the vaccine was linked to the deaths of some Filipino children -- which Sanofi denied -- fueled further skepticism and concern.

The Duterte administration, however, has pledged $400 million to subsidize the inoculation of 20 million poor Filipinos once the vaccine becomes available.

There may also be a political costs to securing a vaccine. At his annual speech in the congress in July, Duterte said he "made a plea" to Xi to allow the Philippines early access to a vaccine. In the same speech, he said Beijing was already "in possession" of the disputed South China Sea and the only option now was to rely on diplomacy. The next day, Beijing said Manila will be a priority in receiving the vaccine.

Lucio Pitlo, a research fellow at the Asia-Pacific Pathways to Progress Foundation, said while those remarks "may undermine" Manila's position in the maritime dispute, the president is betting on the "good personal ties he cultivated with his Chinese counterpart to secure a vaccine for his people."

"Personally, I don't like the optics that border on begging. But I give [credit] to him for setting aside his pride or ego to secure a cure for his people," Pitlo told Nikkei.

Guevara, the deputy science minister, said leader-to-leader ties are "very important" in the COVID-19 fight, and cited Duterte's cooperation with Japan's Shinzo Abe for paving the way for the clinical trials of Avigan, the antiviral drug developed by Fujifilm Holdings. The health department meanwhile said the government is also in talks with U.S. biotech company Moderna for vaccine purchases.

Guevera, for her part, is confident in the future of the country's vaccine development program.

"First of all, everybody told us that we were late in the space race, but after one year, we were able to launch the microsatellite Diwata-1 [in 2016]," Guevara said, adding the government has spent 7.5 billion pesos for its space program. "So, if we are determined to do something, we can do it, no one can stop us."