Can I drink or not? Thailand's fickle booze policy sows confusion 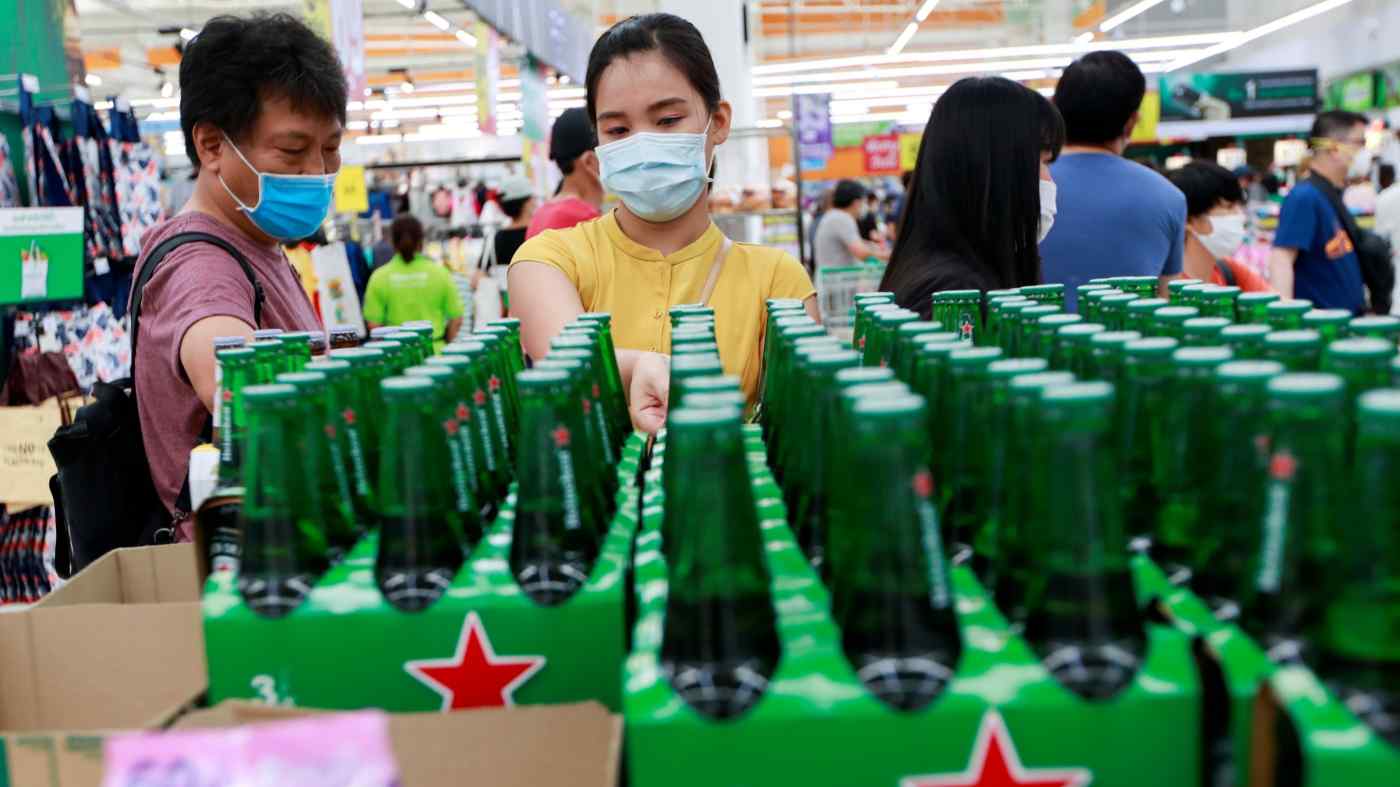 BANGKOK -- After going three weeks without alcohol, Thai consumers have embraced adult beverages with enough gusto to rekindle concerns about their effect on the fight against the coronavirus.

"We need to stock up since we don't know when they'll be banned again," said one shopper at a Bangkok supermarket on May 3. The 39-year-old was among many stockpiling beer in case the government once again changed its mind about alcohol sales.

The Thai government halted alcohol sales April 10, just before the Songkran new year festival. Without alcohol, the thinking went, families were less likely to celebrate in large groups and spread the coronavirus.

The restriction was supposed to be lifted on April 20. But that day, the government decided to immediately extend the ban to the end of April, giving shoppers no time to replenish their stash as some had hoped. In a further blow to booze lovers across the country, officials later announced another extension through May on April 30.

Then, just one day later, the government said restaurants and cafes could sell alcohol starting May 3 as long as it was not consumed on premises. No explanation was given for the sudden change.

Though the initial statement did not mention supermarkets or convenience stores, an official said on May 2 that retail alcohol sales would also resume, essentially declaring an end to the ban. Individual provinces were permitted to impose their own restrictions if necessary. With bars and clubs shut down, Thais had been eagerly awaiting alcohol sales to restart. (Photo by Akira Kodaka)

The government likely changed its tone due to strong corporate pushback. Seven industry groups consisting of alcohol makers and distributors sent an open letter to Prime Minister Prayuth Chan-ocha in late April, warning of job cuts, store closures and "irreparable" financial damage without government assistance should the ban drag on.

As a devoutly Buddhist country, Thailand has strict rules on alcohol sales even under normal circumstances. But the industry is a major contributor to tax revenue. The government earned about 132.2 billion baht ($4.12 billion) from alcohol taxes in 2019, according to an industry group.

It is also a major job creator. Industry leader Thai Beverage, producer of the ubiquitous Chang Beer, employs roughly 40,000. The government likely wanted to prevent a blow to employment.

After three dry weeks, Thais flocked to stores once alcohol sales resumed on May 3. Footage of crowds scrambling for beer raised concerns that the outbreak could regain momentum in Thailand, where new daily cases are now down to single digits.

Curfew violations also spiked after alcohol sales resumed. The number of those caught breaking curfew jumped 60% on the night of May 3 to 690, many of whom were drinking in groups or gambling.

The situation drew rebuke from the prime minister. An irated Prayuth on May 5 warned that he could reinstate the alcohol ban unless retailers adhered to social distancing guidelines. It remains to be seen whether the public will take this message to heart.