Cardboard shields Japan's workers where telework is not an option 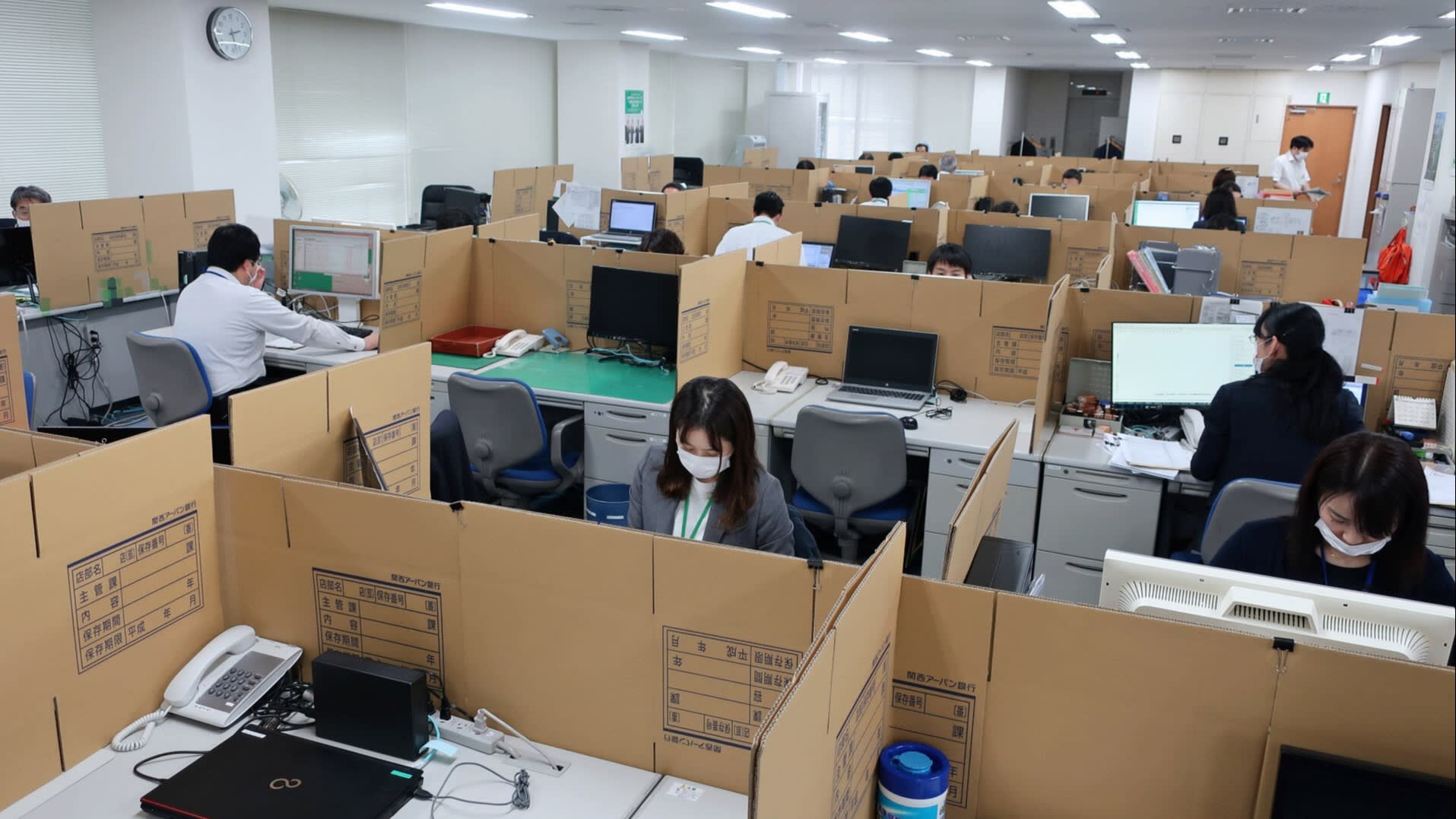 OSAKA -- When 15 employees in the credit risk analysis division at Kansai Mirai Bank returned to their downtown Osaka office for the first time in three months on July 10, they sat at desks separated by cardboard partitions.

The department, which is responsible for lending decisions, plays an especially important role now that the coronavirus has left many customers strapped for cash. Some of its nearly 50 employees had been transferred to the bank's head office elsewhere in Osaka, to ensure that the entire segment would not be taken out of commission should someone catch the virus, and were recently brought back.

Many companies have responded to the pandemic by encouraging or requiring employees to telecommute, but this is not always possible. Some workers need to come to the office for safety or security reasons, for example, and businesses are finding ways to mitigate the risk of spreading the virus.

"It can't be done at home," the division chief said.

The division began taking precautions relatively early around March, installing cardboard dividers as a stopgap measure. After the government declared a state of emergency in April, each employee was directed to stay home on one designated day a week to reduce the number of people in the office, but operations returned to normal after the order was lifted in May.

Now, Kansai Mirai has moved some employees to a different floor. Workers in internal teams are seated separately from each other and barred from eating lunch together, to ensure that even if one gets sick, other teammates can still come in.

At Sumitomo Life Insurance, in-office attendance is down to less than half in most departments. But about 2,000 employees -- mainly in departments related to underwriting and payments -- largely returned to normal operation this month.

These areas involve working with personal information from customers, such as health histories and national ID numbers, that is maintained on special terminals in the office, making telecommuting impossible.

During the state of emergency, Sumitomo Life took steps to minimize infection risk while also having employees take alternating days off, keeping attendance to about 60%. Now, the company has installed dividers, widened the distance between seats and spread out workers across multiple floors. 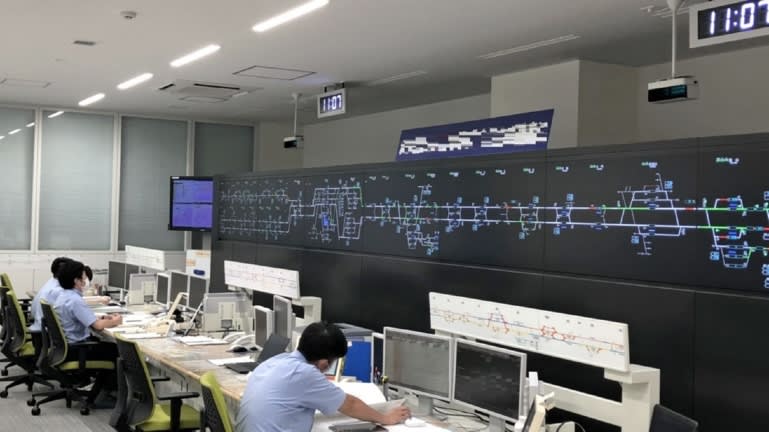 JR West has installed 37 ultraviolet disinfection systems -- hanging from the ceiling to the left of the digital clocks -- at its Osaka control center. (Photo courtesy of JR West)

Those working in safety-related jobs also often use proprietary systems that cannot be accessed from home. West Japan Railway has made a thorough effort to prevent infections at its rail command center in Osaka, installing a thermographic scanner at the entrance in late April and 37 ultraviolet disinfection units inside the office and cafeteria in early June.

Many of these workers cannot quickly be replaced. Workplaces where teleworking is impossible will need to get creative to keep their operations rolling without exposing valuable employees to the pandemic.