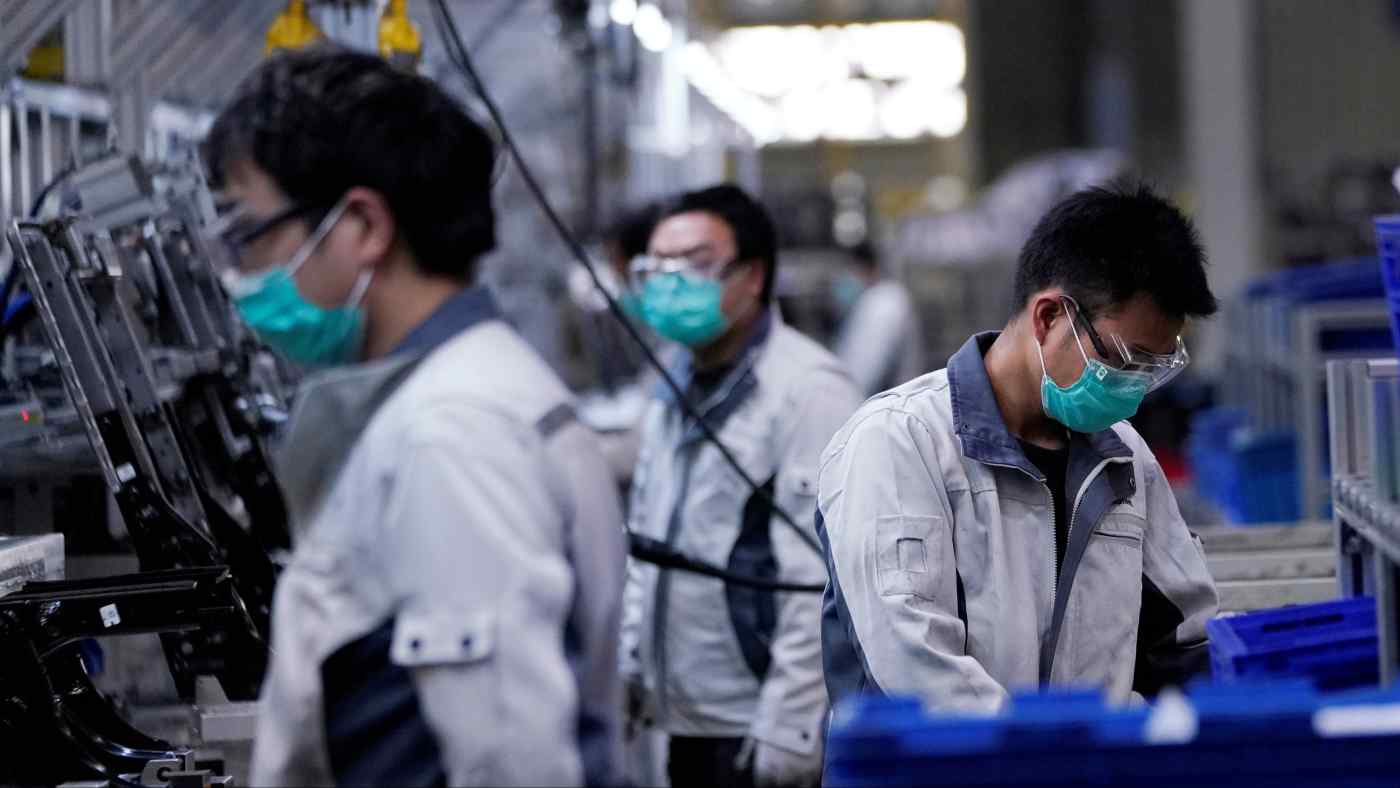 BEIJING/GUANGZHOU -- More than a third of China's 300 million migrant workers have yet to return to their jobs due to the coronavirus epidemic, forcing the public and private sectors to offer various financial incentives to restore the missing labor.

Wang Guosheng, the Communist Party boss of Henan Province, conducted an inspection tour Tuesday of an iPhone factory in Zhengzhou that is operated by Taiwan's Foxconn Technology Group.

The complex employs over 100,000 migrant workers, but less than 30,000 have returned since the end of the Lunar New Year break on Feb. 2. Wang admonished government officials to reverse the situation.

"Do everything in your power to support the resumption of production," he said.

Zhengzhou officials are lending a hand to restore the factory to full capacity. A support team will dispatch 12,000 migrant workers from nearby farmlands to the plant, while local police will give special priority to buses that transport employees from dormitories or exurban areas to the factory.

The production delays threaten to apply downside pressure on the economy, which is spurring China's central government to support the restart of manufacturing operations on all fronts.

During a meeting in Beijing on Sunday to coordinate the prevention and control of the coronavirus, President Xi Jinping said that regions with relatively low risks should restore the order of production swiftly, while "medium-risk regions should promote work and production resumption in an orderly manner based on local epidemic-control situations."

He underscored the importance of attaining economic growth goals.

Students at technical schools in the province are being sent to work at facilities run by appliance maker Hisense, according to local media reports.

The metropolis of Chongqing is offering up to 3,100 yuan per head to companies that refer migrant workers to major tech companies, such as those that assemble smartphones.

Even in Hubei Province, the center of the coronavirus outbreak, some factories involved with infrastructure remain online. China's largest steelmaker, Baowu Steel Group, operates a facility in the provincial capital of Wuhan.

One welder who returned to work at the steel mill on Feb. 2 received a special bonus of 5,600 yuan, nearly doubling the monthly pay.

Meanwhile, other companies have taken it upon themselves to transport laborers back to factories. "The travel restrictions have made it difficult to assemble workers who went back to their families," said a representative at a Japanese electronics maker operating in China.

In several cities, manufacturers have started hiring chartered buses to bring back migrant workers from rural areas, while other employers are comping transportation fees. Some places, such as farming areas in the land-locked province of Hunan, are granting subsidies to regions that send migrant workers to cities.

The Chinese government reports that new coronavirus cases have been trending downward, with some areas having zero new cases. The World Health Organization said Monday the outbreak had reached its peak in China. But a rush to return workers to factories could risk sparking a renewed spread of the disease.