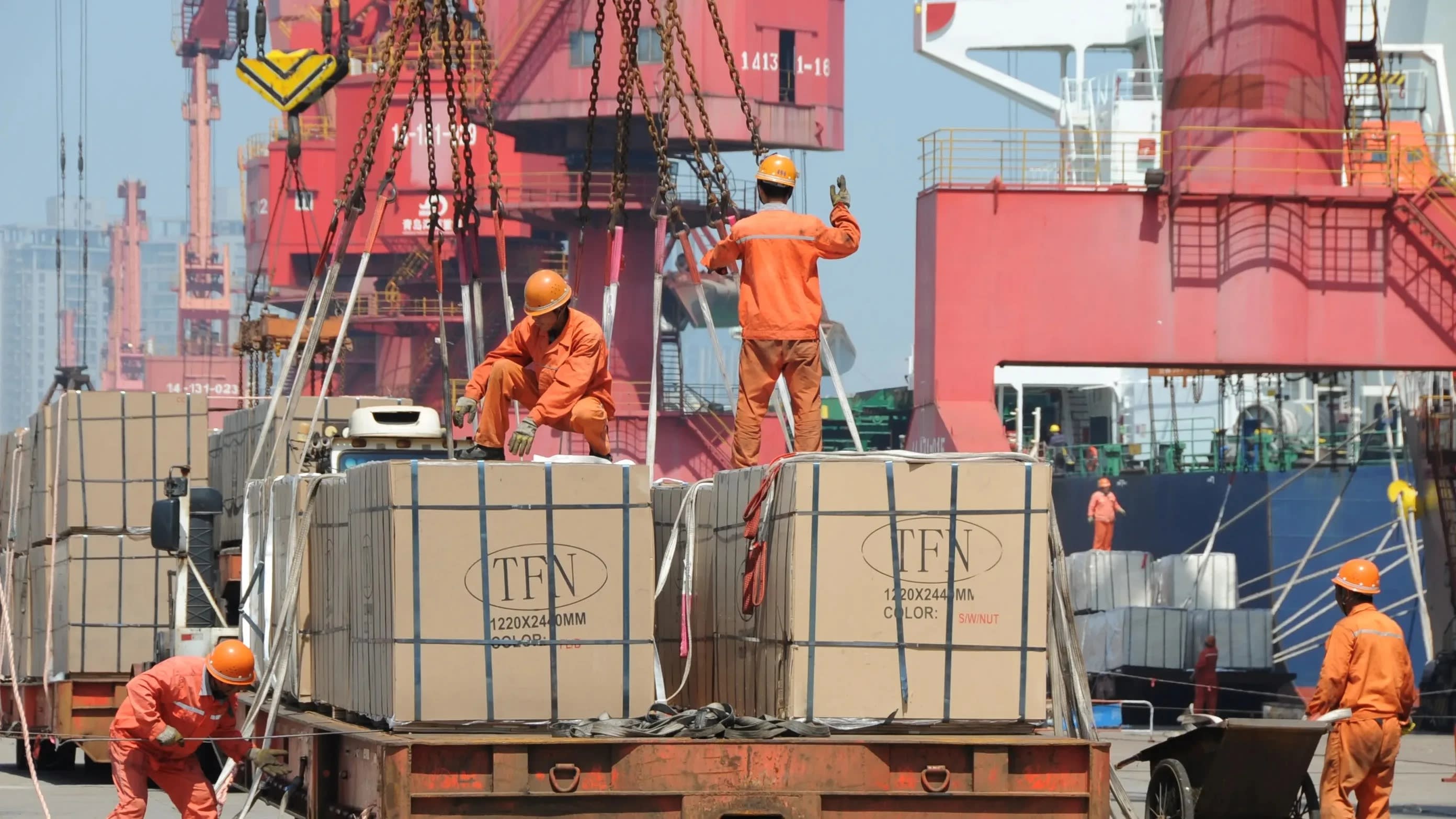 The gloomy trade report is likely to reinforce fears that China's economic growth halved in the first quarter to the weakest since 1990 as the epidemic and strict government containment measures crippled factory production and led to a sharp slump in demand.

Overseas shipments fell 17.2% in January-February from the same period a year earlier, customs data showed on Saturday, marking the steepest fall since February 2019.

That compared with a 14% drop tipped by a Reuters poll of analysts and a 7.9% gain in December.

Imports sank 4% from a year earlier, better than market expectations of a 15% drop. They had jumped 16.5% in December, buoyed in part by a preliminary Sino-U. S. trade deal.

China ran a trade deficit of $7.09 billion for the period, reversing an expected $24.6 billion surplus in the poll.

Factory activity contracted at the fastest pace ever in February, even worse than during the global financial crisis, an official manufacturing gauge showed last weekend, with a sharp slump in new orders. A private survey highlighted similarly dire conditions.

The epidemic has killed over 3,000 and infected more than 80,000 in China. Though the number of new infections in China is falling, and local governments are slowly relaxing emergency measures, analysts say many businesses are taking longer to reopen than expected, and may not return to normal production till April.

Those delays threaten an even longer and costlier spillover into the economies of China's major trading partners, many of which rely heavily on Chinese-made parts and components.

China's trade surplus with the United States for the first two months of the year stood at $25.37 billion, Reuters calculation based on Chinese customs data showed, much narrower than a surplus of $42.16 billion in the same period last year.

Soybean imports in the first two months of 2020 rose by 14.2% year-on-year as cargoes from the U.S. booked during a trade truce at the end of 2019 cleared customs.

After months of tensions and tariff hikes that dragged on bilateral trade, the world's two biggest economies agreed an interim trade deal in January that cut some U.S. tariffs on Chinese goods in exchange for Chinese pledges to massively increase purchases of U.S. goods and services.

The U.S. expects China to honor these commitments despite the coronavirus outbreak, a senior U.S. official said in February.

The supply and demand shocks in China are likely to reverberate through global supply chains for months, and the rising number of virus cases and business disruptions in other countries is raising fears of a prolonged global slowdown or even recession.

In response, global policymakers have stepped up efforts to cushion the economic blow of the epidemic, with the U.S. Federal Reserve delivering an emergency rate cut last week.

Shortages of vital parts and components from China last month cost other countries and their industries $50 billion, a United Nations agency said on Wednesday.

The virus outbreak escalated in late January just as many businesses were winding down operations or closing for the long Lunar New Year holidays, and as hundreds of millions of Chinese were returning to their hometowns.

China customs said last month it would not release separate figures for January and would combine January and February instead, in line with how some of the country's other major indicators are released early in the year, which is intended to smooth distortions created by the holidays.

Tough public measures such as restrictions on travel and quarantines meant many of these people were unable to return to their jobs in offices, factories and ports until only recently.

Some companies which have reopened have faced shortages of parts and other raw materials as well as labor, while others report inventories of finished goods such as steel are piling up as downstream customers like car plants slowly crank up production again.

Iron ore imports rose 1.5% over the first two months, supported by firm demand at steel mills even though the coronavirus outbreak had disrupted downstream sectors.

Parts of central Hubei province, the epicenter of the outbreak and a major transport and manufacturing center, are expected to remain under lockdown well into March.

Analysts at Nomura estimate only 44% of the businesses worst affected by the outbreak had resumed operation as of March 1, and 62.1% across the economy as a whole. As such, they forecast economic growth will slump to 2% in the first quarter year-on-year, from 6% in the previous quarter.

Beijing has already stepped up support measures, including offering cheap loans to affected businesses, and policy sources have told Reuters that more steps are expected as authorities try to cushion the epidemic's impact on the economy.

China's commerce ministry said on Thursday that more than 70% of foreign trade companies in the coastal provinces have resumed work.

But financial magazine Caixin reported this week that some companies were keeping machines running and lights open throughout the day even though they have no goods to produce, in a bid to allow managers and local officials to inflate the official work resumption rate. Reuters wasn't able to verify this report.