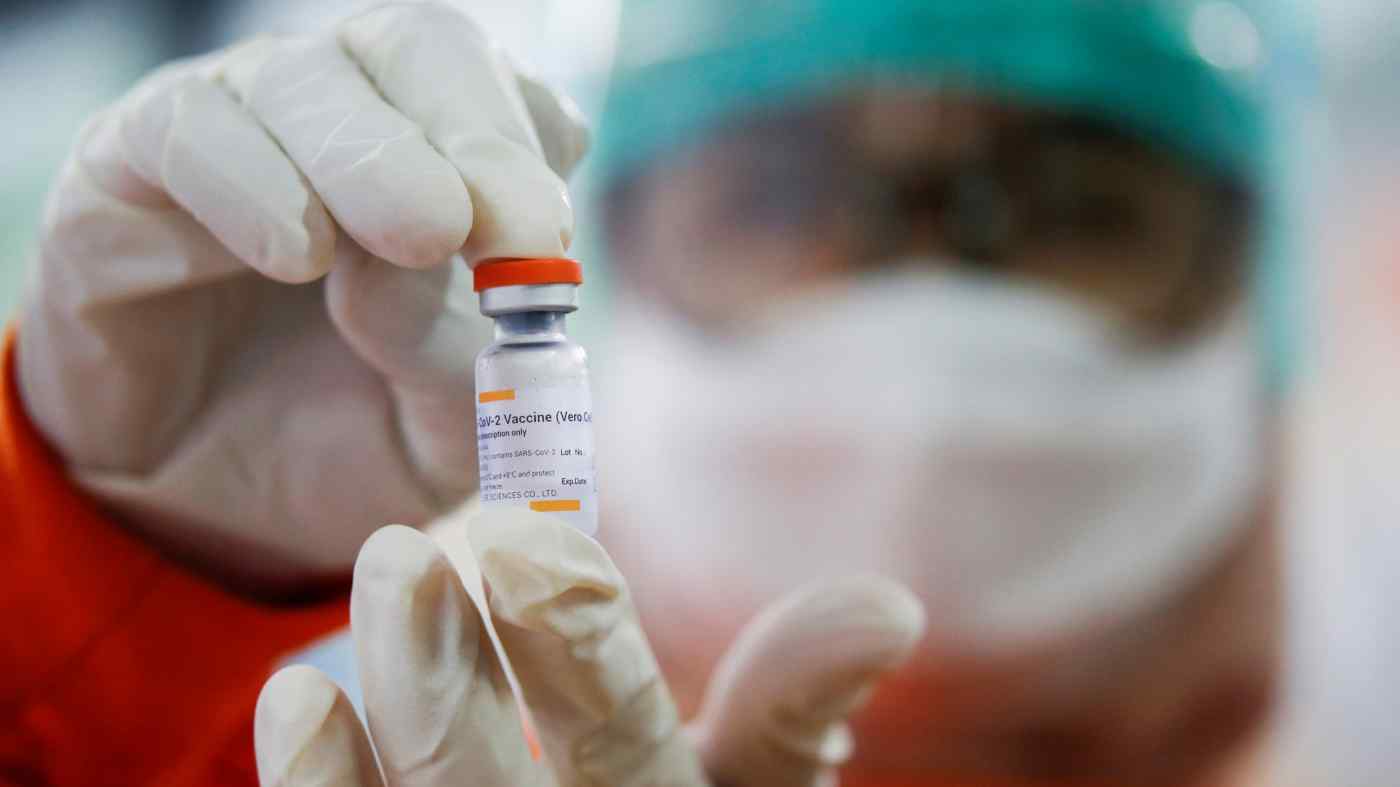 A medical worker holds a dose of the Sinovac's vaccine at a district health facility as Indonesia begins mass vaccination for the coronavirus disease starting with its healthcare workers in Jakarta, Jan.14.   © Reuters
February 6, 2021 19:37 JST | China
CopyCopied

BEIJING (Reuters) -- Sinovac Biotech said on Saturday that its unit's COVID-19 vaccine has been approved for use by the general public by China's medical products regulator.

It marks the second COVID-19 vaccine approved for public use in China, after a shot developed by a Beijing institute affiliated to state-owned China National Pharmaceutical Group (Sinopharm) was approved in December.

Both vaccines have already been used in China's vaccination program mainly targeting key groups deemed to be at higher risk of exposure to the virus.

Approval of the two-dose regimen by China's National Medical Products Administration is based on the results from two months of late-stage clinical trials overseas, from which the final analysis data has not yet been obtained, Sinovac said.

Sinovac Life Sciences is expected to be able to produce over 1 billion doses per year in the form of bulk ingredient by February, it said in a statement.

It is expanding its capacity to fill vaccine into vials and syringes, which currently lags its vaccine manufacturing capacity.

Sinovac's vaccine is being tested in Phase III clinical trials in countries including Brazil, Turkey and Indonesia, where varied efficacy readings had been released separately.

The vaccine was found 50.65% effective against COVID-19 disease in the Brazil trial which had recruited 12,396 health workers older than 18 as of December 16 and recorded 253 cases, Sinovac said in a statement on Friday.

The success rate from the Turkey trial was 91.25%, local researchers said, based on a preliminary analysis of 29 cases. There was a 65.3% efficacy rate in the Indonesia trial.

Brazil's more rampant epidemic, and the trial's focus on medical workers, are factors which Sinovac believe may have lowered the efficacy rate seen in data from there, a person familiar with the matter told Reuters last month.

The protection rate was nearly 70% based on observation of a smaller sub-group in the Brazil trial, in which participants received the two doses at a three-week interval rather than two weeks apart for most participants, Sinovac said last month.