Second revision in a month slashes number of daily infections 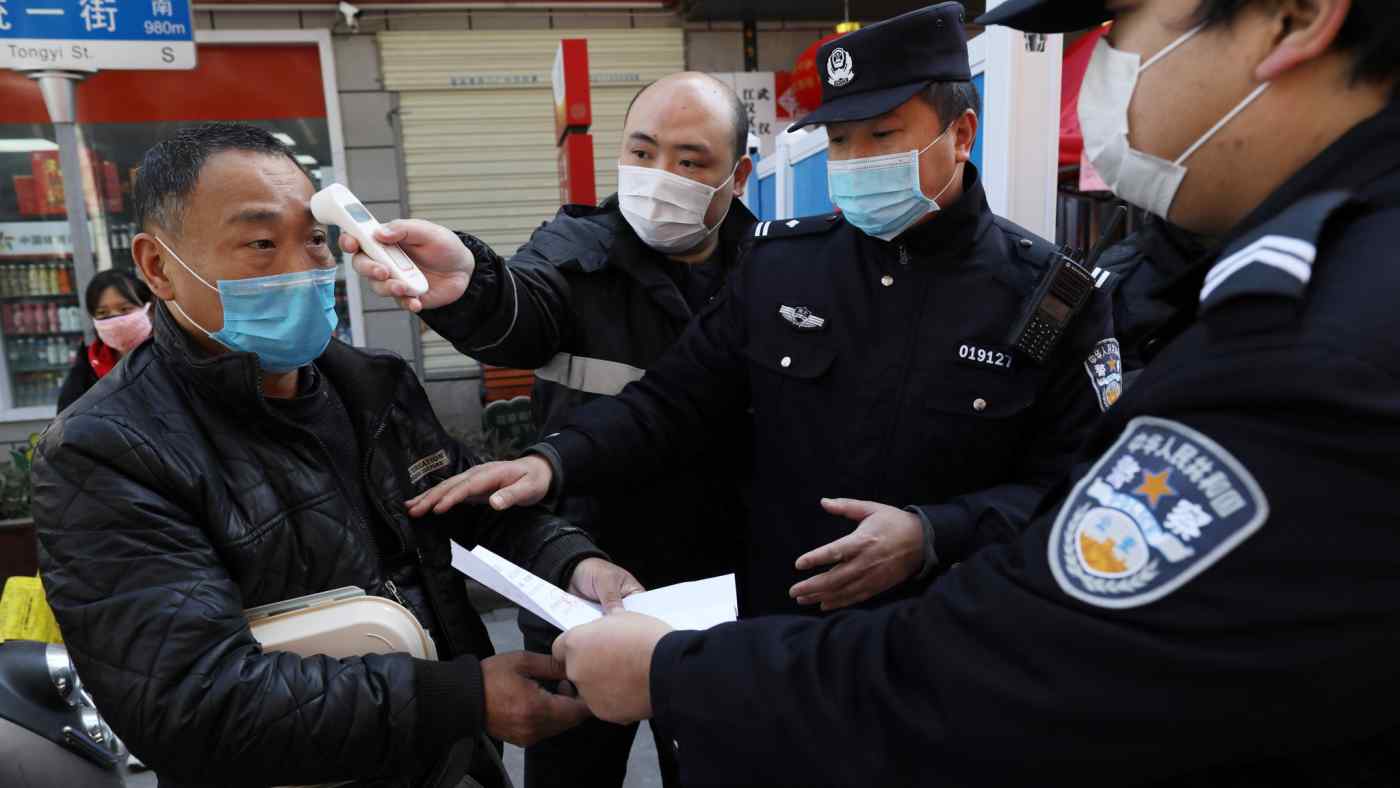 A community worker measures the body temperature of a man as police officers inspect his documents at a checkpoint in Wuhan.   © Reuters
ISSAKU HARADA, Nikkei staff writerFebruary 21, 2020 06:40 JST | China
CopyCopied

BEIJING -- China has reported a significant drop in new coronavirus cases after revising diagnostic guidelines for the second time this month, deepening suspicions over the official numbers.

The mainland reported 394 new cases of COVID-19 on Wednesday, according to the National Health Commission -- down sharply from the day-earlier 1,749. Total confirmed cases on the mainland reached 74,576.

The NHC this week eliminated so-called clinically diagnosed cases -- patients whose CT scans show signs of pneumonia but have negative lab tests -- from its diagnostic criteria.

As a result, Wuhan's 615 new cases reported Wednesday exceeded the mainland's total. An official at the Hubei health commission told local media that certain cases in the city were disregarded because the diagnostic method did not comply with the latest guidelines.

Clinically diagnosed cases had just been added early this month exclusively for Hubei Province, home to around 80% of the mainland's COVID-19 patients. The move came in response to criticism that many people in epicenter Wuhan, Hubei's capital, had false negatives in lab tests and were spreading infections instead of receiving treatment at hospitals.

When Hubei started adding clinically diagnosed patients on Feb. 12, it reported 14,840 new cases -- a surge from the day-earlier 1,638.