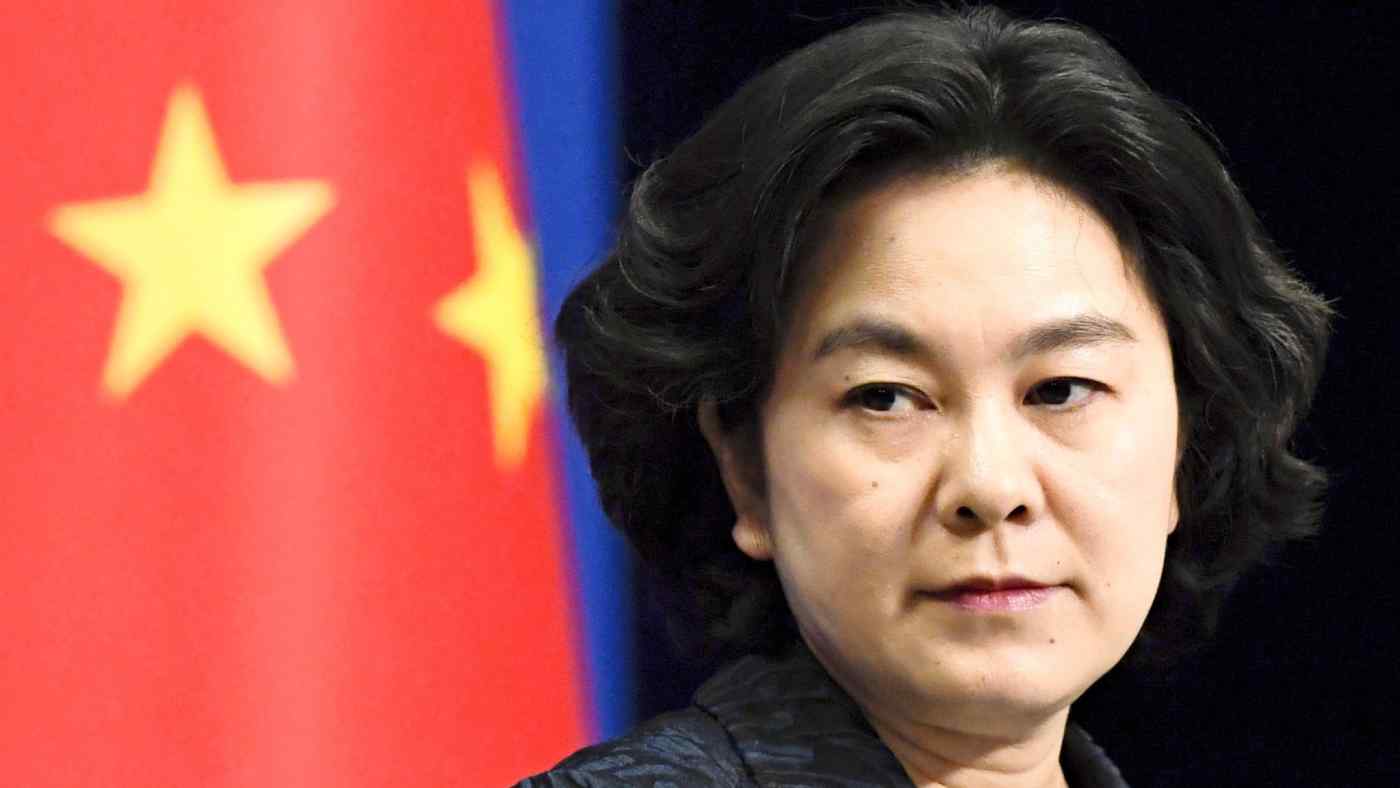 BEIJING -- China's foreign ministry offered appreciation on Tuesday for the outpouring of support from Japan amid the recent outbreak of the deadly coronavirus, a day after Beijing faulted Washington's colder response.

Japan's government and public have expressed "sympathy, understanding and support" for China since the epidemic began, ministry spokesperson Hua Chunying said during an online press briefing.

The remarks came after a television reporter from China's Hubei Province, the epicenter of the virus outbreak, noted that Japanese people have posted messages online such as "Stay strong, China" and "Come on, Wuhan," referring to the provincial capital.

Hua said she was "deeply touched" by news reports of the internet postings. "What the virus has done is cruel and will not last. What the people has done is touching and will be remembered forever," she said.

The Japanese government and businesses have donated many masks, goggles and protective suits to help China combat the spread of the virus, she said. Words such as "Though miles apart, we are under the same sky," "Together we stand, my armors thine," were written on the goods donated to Wuhan, Hua noted.

The online news briefing took place over the Chinese app WeChat. Hua typed out responses to most questions, but she switched to the app's voice mode when expressing gratitude to Japan.

Beijing's emphasis on its Asian neighbor comes ahead of Chinese President Xi Jinping's planned visit to Japan this spring. Hua's statements also contrast with the criticisms she reserved for Washington in a separate briefing Monday.

"The U.S. government hasn't provided any substantive assistance to us, but it was the first to evacuate personnel from its consulate in Wuhan, the first to suggest partial withdrawal of its embassy staff, and the first to impose a travel ban on Chinese travelers," she said. "What [the U.S.] has done could only create and spread fear, which is a very bad example."