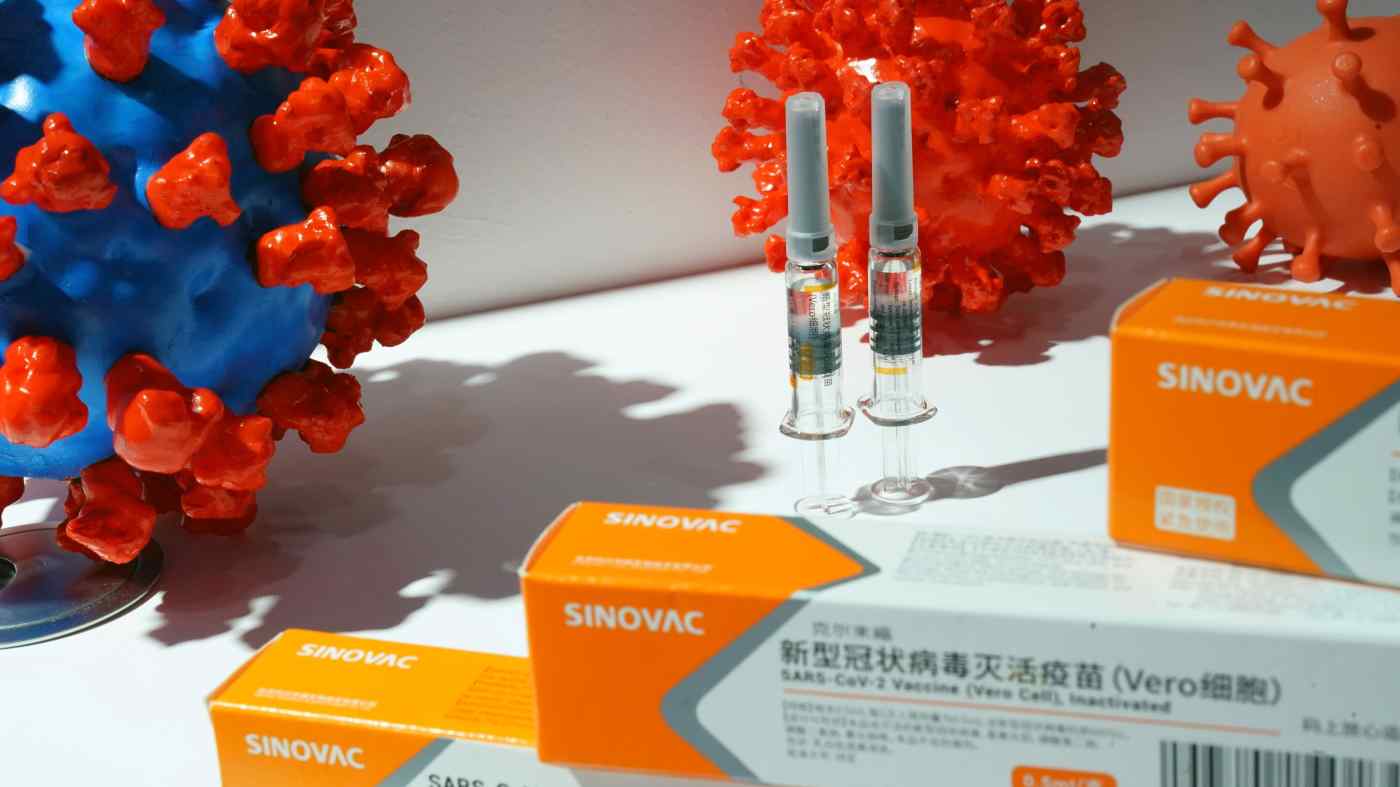 DALIAN/BEIJING -- China is on track to conduct final clinical trials for a coronavirus vaccine in 18 countries by the end of the year, bolstering its vaccine diplomacy in emerging economies that are struggling to contain the virus.

With new cases falling at home, Chinese drugmakers are looking abroad to hold Phase 3 trials, which test a drug's efficacy and safety on massive scale. Nine countries, many of which participate in Beijing's Belt and Road infrastructure-building initiative, are now participating in such trials, with the number expected to double before the end of the year.

China's aggressive testing abroad is widely seen as an attempt to curry favor with emerging nations and expand its sphere of influence. But the rapid pace of its development is raising concerns about safety among experts.

State-owned China National Pharmaceutical Group is currently conducting Phase 3 trials for its vaccine candidate in six countries, including the United Arab Emirates, Bahrain and Peru. The company, known as Sinopharm, said it has signed agreements with more than 10 countries. On Monday, the UAE granted emergency use of Sinopharm's vaccine.

Pakistan and Serbia will participate in trials as well, Reuters has reported. Sinopharm's vaccine candidate will be tested on 50,000 subjects before it is ready for use, which is expected to be by the end of December.

Sinovac Biotech has been conducting Phase 3 trials in Brazil and Indonesia since July. A company representative said it now also has approval to conduct tests in Turkey and Bangladesh. Sinovac plans to start shipping its vaccine first to Indonesia in November.

Meanwhile, CanSino Biologics said this month that it has begun Phase 3 trials in Russia. "We'll have the preliminary results in three to six months," an executive said. Trials will be held in Saudi Arabia and Mexico as well.

In addition to the countries taking part in clinical trials, Chinese President Xi Jinping said last month that he will prioritize vaccine shipments to Africa, where China has infrastructure projects in several countries. Premier Li Keqiang made similar comments about countries along the Mekong River, like Thailand and Vietnam.

Meanwhile, CanSino has canceled its Phase 3 trials in Canada agreed upon in May, likely due to deteriorating bilateral ties.

Vaccine safety remains a major concern. China has been administrating vaccine candidates to diplomats, as well as those at home who meet extensively with foreign figures. "I was extremely sleepy for a few days, but didn't notice any other side effects," said a diplomat who received a shot.

But others remain skeptical. Sinopharm, for example, was involved in a 2018 scandal involving defective vaccines. "I have concerns, so I won't be receiving any coronavirus vaccines for a while," said one office worker in Dalian.

Sinopharm and Sinovac currently have the capacity to produce about 300 million doses each a year, with CanSino expected to reach a similar capacity over the medium- to long-term, after its new plant comes online next year.

Other companies are working on candidates as well. Anhui Zhifei Longcom Biopharmaceutical is conducting Phase 2 trials. Although the company has not set a target shipping date for its product, it plans to build a facility capable of producing 100 million doses a year.