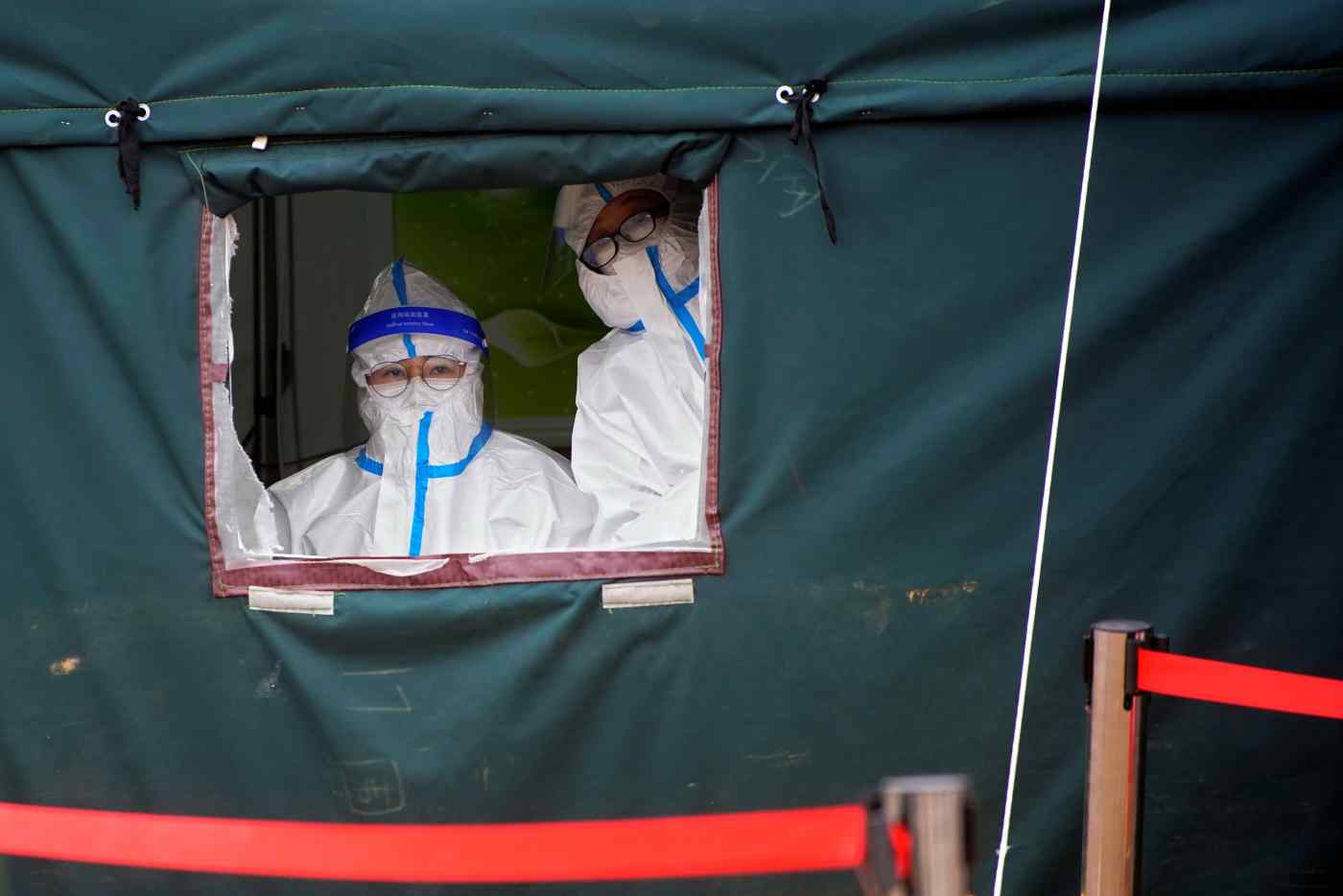 Medical workers wait to collect COVID-19 test swabs from rescue workers on Friday at the Hushan gold mine in Qixia, China, where workers were trapped underground after an explosion on Jan. 10.   © Reuters
January 22, 2021 17:34 JST | China
CopyCopied

BEIJING (Reuters) -- China reported its first cluster of COVID-19 cases among workers in a meat processing plant, raising fears among local consumers who have until now mainly worried about the safety of imported foods.

Ten confirmed cases were found in a factory which slaughters 50 million chickens a year in the northeastern city of Harbin and is owned by Thai conglomerate Charoen Pokphand, one of the world's top poultry producers.

Another 28 workers at the plant and three family members were asymptomatic, officials told a news briefing on Thursday.

While China repeatedly pointed to imported frozen meat and fish as the source of coronavirus cases last year, it has not reported significant clusters in its own food processing sector.

Meatpacking workers in the United States, Brazil and across Europe were among the groups hit hardest by COVID-19 last year, with thousands of slaughterhouse staff infected.

The cluster in the C.P. plant was detected as part of routine screening of people in the region, which has seen a surge in cases in recent weeks.

Samples taken from inside the slaughterhouse, its cold storage area and the outside of product packaging during inspections earlier this week had also been found positive for the virus, city officials said.

News of the outbreak was trending on China's Twitter-like platform Weibo, with some netizens urging others not to eat CP products.

Some said community officials had already ordered a recall of the factory's products. Reuters was unable to confirm.

CP is one of China's top chicken processors and also a well-known brand of eggs and other processed foods.

The World Health Organization has said people should not fear food or food packaging during the pandemic.