China forges on with vaccine diplomacy amid Pfizer fanfare 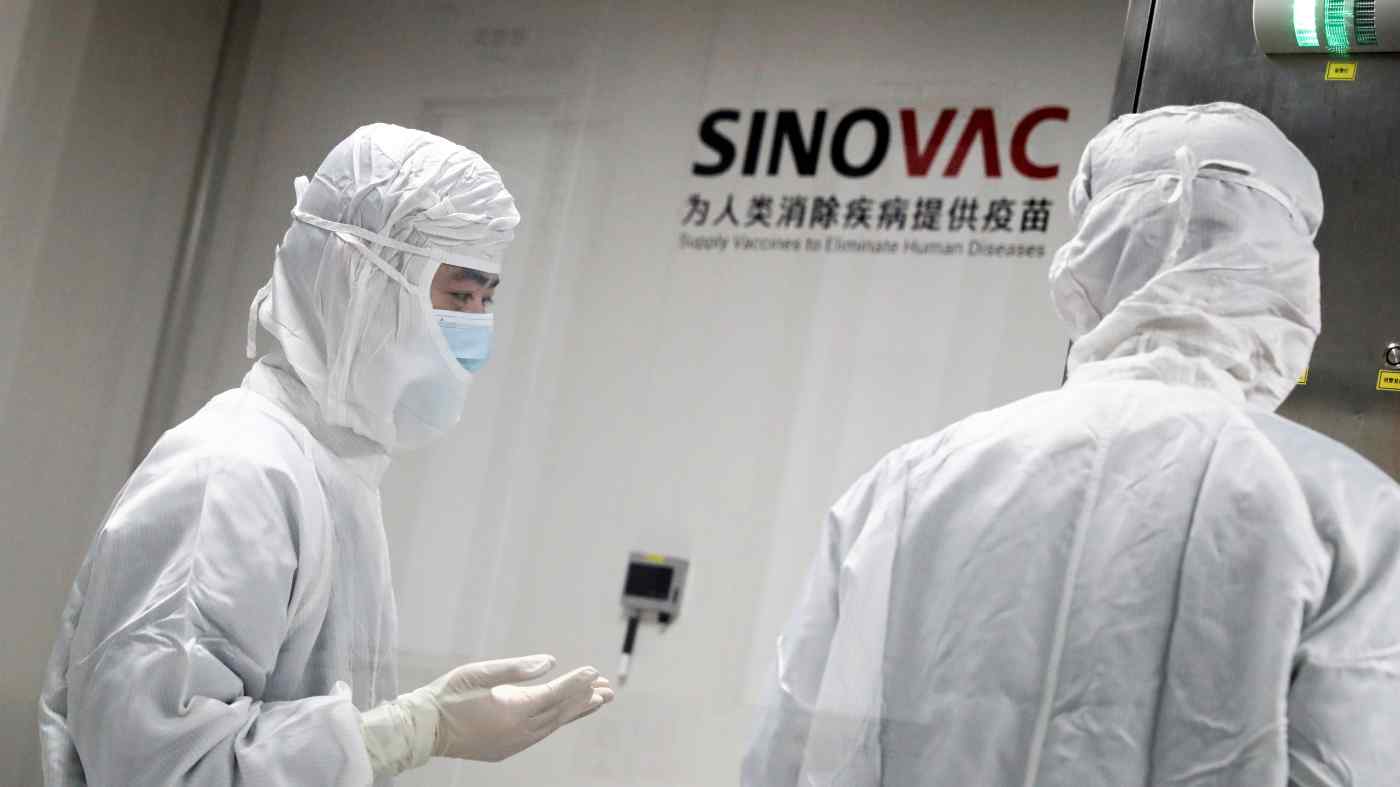 SHANGHAI -- Rollouts of Western coronavirus vaccines are dominating the headlines, but China is pressing ahead with its own drive to distribute shots worldwide while preparing for mass inoculations at home.

Like many vaccines, China's face lingering questions about efficacy and safety. But with funding for Beijing's Belt and Road Initiative slowing down, some experts see vaccine diplomacy as another chance for China to shore up its international influence, especially in the developing world.

Hungary, which has been racking up over 2,000 COVID-19 infections a day since late October, is the latest country to consider Chinese-made options -- rather than waiting for a cue from the European Union. Foreign Minister Peter Szijjarto on Friday declared on his Facebook page last week that "the safety of the vaccine is not a political or ideological question, but a professional one."

"If the experts make a positive decision," he wrote, "we will immediately begin drafting the contract to import the vaccine."

None of the five Chinese companies with vaccines in late-stage clinical trials has revealed efficacy findings. But this did not stop the United Arab Emirates and Bahrain from approving one made by an affiliate of China National Pharmaceutical Group, or Sinopharm.

The Middle Eastern states said Sinopharm's shot showed 86% efficacy in preventing COVID-19 -- short of the 94.1% reported for Moderna's vaccine and 95% for the Pfizer-BioNTech collaboration, but not too far behind these Western options.

Such "secondhand" announcements, even from sovereign governments, are out of the ordinary, experts say. "Usually [clinical trial] data is revealed by the sponsor and eventually published in a peer-reviewed journal," Peter Shapiro, senior director of drugs at GlobalData, told Nikkei Asia.

Nevertheless, Indonesia earlier this month received 1.2 million doses from China's Sinovac Biotech, while Egypt obtained 50,000 Chinese-made doses. Eight markets had collective orders of 416.6 million doses from Sinopharm, Sinovac and CanSino Biologics as of last Friday, according to the Duke Global Health Innovation Center in the U.S. 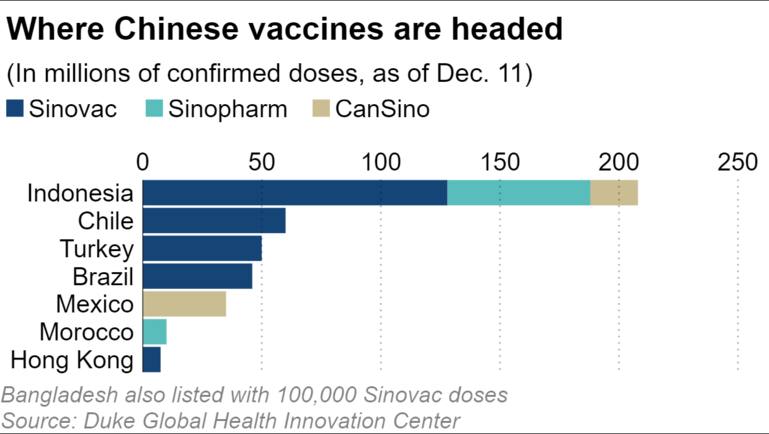 Meanwhile, Chinese companies ranging from drugmakers to refrigerator manufacturers are ramping up production to prepare for an imminent large-scale domestic vaccination program.

China is expected to approve 600 million doses of COVID-19 vaccines by the end of the year. Companies like Sinopharm are looking to increase production capacity to 1 billion doses next year. In addition, Shanghai Fosun Pharmaceutical on Wednesday announced a deal to import 100 million doses from Pfizer's German partner BioNTech. Initially, Fosun is to pay BioNTech 250 million euros ($305 million) for half the doses.

Despite sporadic coronavirus outbreaks, the pandemic remains largely under control within China, reducing the urgency to rush immunization and creating leeway to export doses. Still, led by Sinopharm, vaccine delivery logistics drills are underway nationwide, with local media quoting unnamed experts about an official greenlight by the end of the month.

Tangyuan, a county in Heilongjiang Province, kicked off public registration for inoculations on Tuesday -- the first region to do so. Under a government subsidy program, the two Sinopharm or Sinovac doses needed for protection will each cost 200 yuan ($30), according to the state-run Global Times.

Elsewhere in China, local governments have already begun emergency vaccinations of high-risk groups, such as workers at airports, ports and frozen foods markets.

"All eight of our employees who handle frozen food daily have been instructed to take the vaccine this week," said a manager at a five-star hotel in Shenzhen.

President Xi Jinping's government, though, is clearly thinking bigger than the country's population of 1.4 billion. Xi has vowed to make Chinese vaccines a "global public good," and many of the world's less-wealthy countries are listening.

"For underdeveloped or some developing countries, we will help with their vaccine accessibility and affordability through such means as aid," Wang Wenbin, a spokesperson for China's Foreign Affairs Ministry, told reporters on Tuesday. 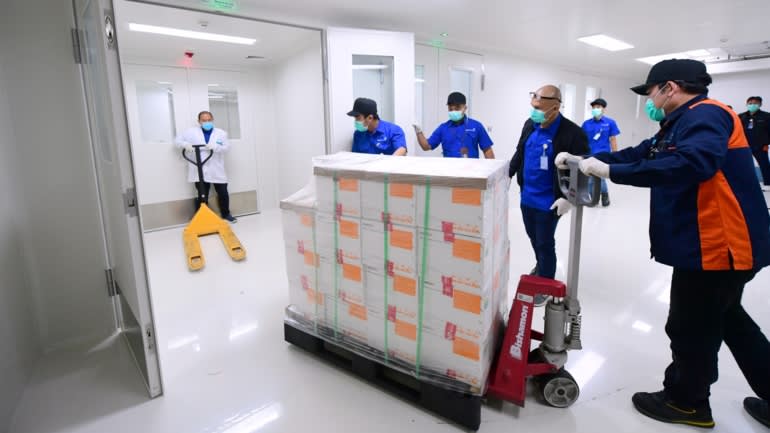 One thing the Sinopharm and Sinovac vaccines have going for them is ease of use. The Chinese shots hinge on inactivated virus as the immunology agent -- a traditional method -- and can be stored between 2 and 8 C. In contrast, Pfizer-BioNTech's mRNA vaccine must be kept at minus 70 C.

"Inactivated vaccines usually don't require refrigeration, and can be easily stored and transported in a freeze-dried form, which makes them accessible to people in developing countries," GlobalData's Shapiro said.

Even so, there can still be hiccups. Bangladesh in October refused to co-finance a late-stage Sinovac trial. The South Asian country insisted it had been promised free doses, while Sinovac argued a delay in Bangladeshi approval had resulted in funds being redirected elsewhere.

"The main danger to Beijing's attempt to portray its delivery of vaccines as a global public good will come from competing commercial interests among Chinese actors," Jacob Mardell, an analyst at Germany's Mercator Institute for China Studies (Merics), told Nikkei Asia.

Cambodia on Tuesday pointedly shunned Sinovac, with Prime Minister Hun Sen saying his country is "not a dustbin... and not a place for a vaccine trial." One of the first Pfizer vaccinations in New York: The need to store the vaccine at extremely cold temperatures creates logistical challenges.   © Reuters

Setbacks aside, some analysts see developing economies being drawn to Beijing's "Health Silk Road" after a decline in funding for Belt and Road Initiative projects. Originally introduced in 2017, the health campaign was seen as Beijing's attempt to present an alternative to the Western-led World Health Organization.

"China seems to be pulling back from the funding of BRI, reducing it from some $75 billion in 2016 to $4 billion in 2019," observed Phar Kim Beng, founder of the Strategic Pan Indo-Pacific Arena think tank in Malaysia. "By pulling back, China's influence in the developing world will wane, but it can potentially recover from it by building a bridge via the Health Silk Road."

As the vaccine race accelerates, experts see a divergence.

High-income countries are hedging their bets by purchasing enough doses to inoculate their populations several times over, according to Duke Global Health. Altogether, they accounted for 3.9 billion confirmed doses as of last Friday, mainly from non-Chinese drugmakers.

"I do think that vaccine distribution will map onto existing global inequalities," said Mardell of Merics.

"The fact that Chinese companies are developing so many front-runners with non-OECD countries means that Beijing is well-placed to bolster its image as a leader of the developing world."