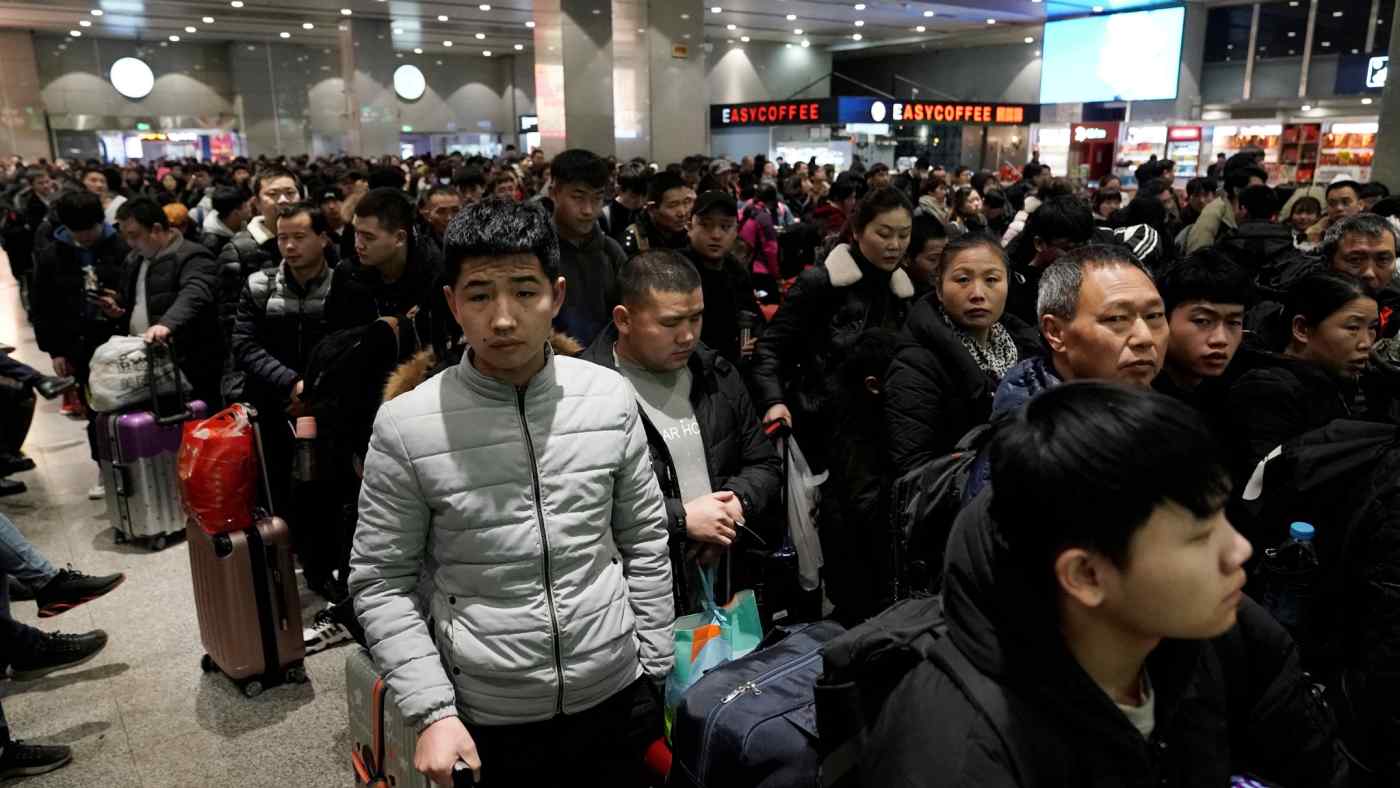 Travelers waited for their train at a railway station in Beijing on Jan. 10 as the annual Spring Festival travel rush began ahead of the Chinese Lunar New Year.   © Reuters
YOHEI MURAMATSU, Nikkei staff writerJanuary 14, 2020 00:22 JSTUpdated on January 14, 2020 08:23 JST | Thailand
CopyCopied

BANGKOK -- A Chinese woman has been quarantined in Thailand with a new strain of coronavirus, the first confirmed case outside mainland China.

The 61-year-old tourist arrived in Thailand from Wuhan on Wednesday. She was brought to the hospital for high fever and breathing troubles, where she was found to be carrying the same strain of coronavirus tied to a pneumonia outbreak in Wuhan, according to Thai health authorities.

The woman is reportedly in recovery. Other members of her tour group have not shown similar symptoms.

"The possibility of cases being identified in other countries was not unexpected," the World Health Organization said in a statement Monday, calling for "active monitoring and preparedness" in other countries.

With China now in its peak season for both domestic and international travel as the Lunar New Year holiday -- also known as Spring Festival -- approaches, the development is fueling fears that the virus could spread to the rest of the world.

China Outbound Tourism Research Institute predicts that more than seven million Chinese will travel to destinations outside mainland China during the New Year holidays. Chinese media have reported that Bangkok, Osaka and Tokyo will be the top three destinations.

The Chinese government projects 3 billion passengers will ride trains and planes across China between last Friday, when the travel rush began, and Feb. 18. Thailand, a popular travel destination visited by 10 million Chinese every year, had been stepping up monitoring at airports, screening passengers for fever and other symptoms.

But the WHO has also noted that the new virus is not expected to transmit readily between people.

"At this stage, there is no infection among healthcare workers, and no clear evidence of human to human transmission," the organization said in a statement released on Sunday.

As of Friday, 41 cases of pneumonia linked to the coronavirus had been reported in China. A 61-year-old man became the first to die from the outbreak on Saturday.

China's reluctance to disclose information contributed to the spread of SARS, or severe acute respiratory syndrome, back in 2002. The new virus is from the same family as SARS and Middle East respiratory syndrome, and it could take several years before treatments and vaccines can be developed.