Beijing says it was 'decisive' but panel criticizes 'lost opportunities' 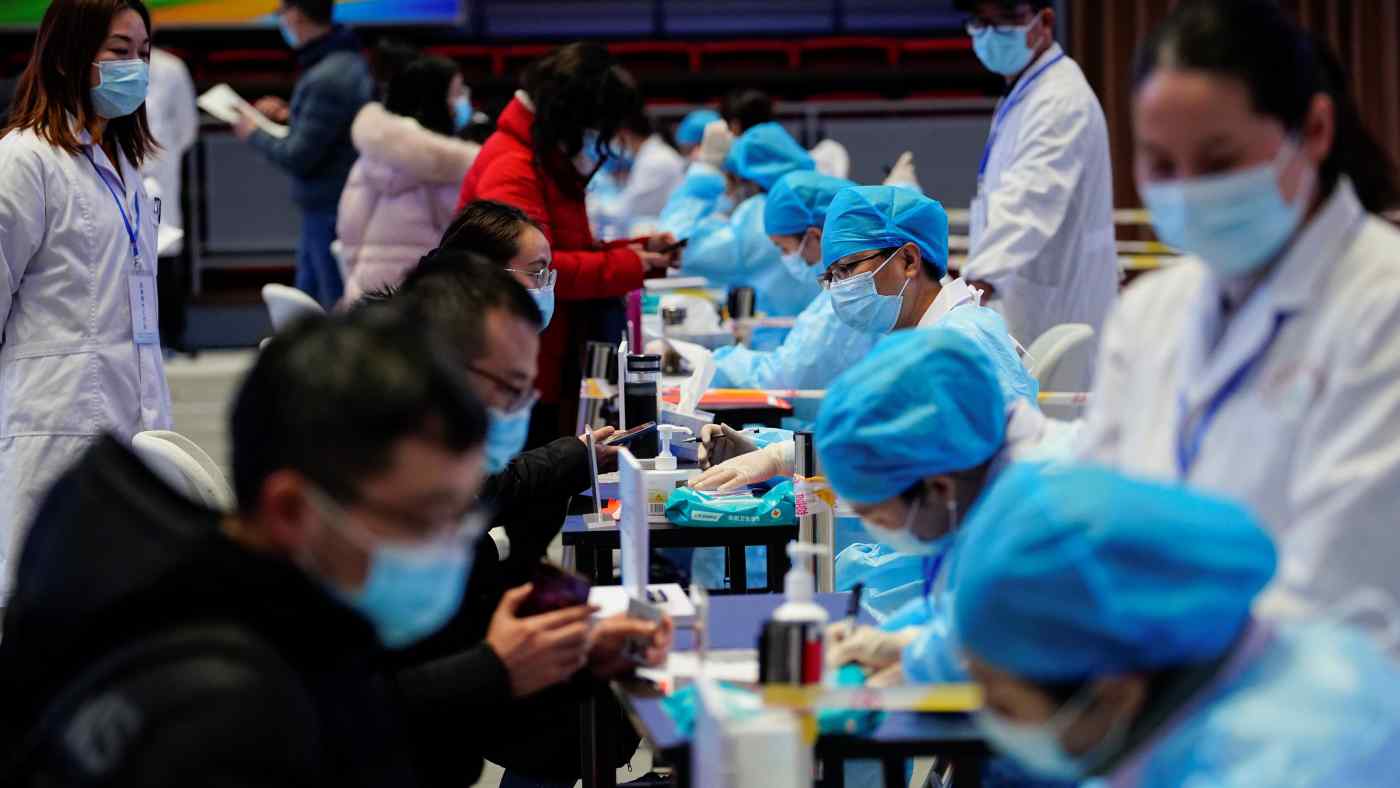 SHANGHAI -- China deflected criticism on Tuesday that the government was slow to react to the initial COVID-19 outbreak that spread globally.

Responding to the World Health Organization's independent panel report released on Monday, China's foreign ministry defended Beijing's initial actions. "China was the first country to alert the world about the epidemic even when it did not have sufficient information," spokesperson Hua Chunying said at the ministry's daily press briefing.

"It then made a decisive decision on early detection, quarantine and treatment that bought time in handling the epidemic, and reduced the number of infections and deaths."

The Independent Panel for Pandemic Preparedness and Response established by WHO released a preliminary report on Monday that criticized both the WHO and China for dragging their feet at the initial stage of the outbreak.

"A close reading of the chronology of the earliest events in the emergence of COVID-19 also suggests ... that there were lost opportunities to apply basic public health measures at the earliest opportunity," said the report.

The COVID-19 outbreak was first detected in Wuhan in late 2019 but China did not admit until Jan. 20, 2020 that the virus could spread between humans. The country's international gateways did not implement measures such as temperature checks until after that date.

On WHO's initial response, the panel noted that the agency only convened an emergency meeting on Jan. 22.

"It is not clear why the committee did not meet until the third week of January, nor is it clear why it was unable to agree on the declaration of a public health emergency of international concern when it was first convened," said the report.

A public health emergency was only declared on Jan. 30. By Feb. 4, there were 12,000 confirmed cases in China but only 176 cases in the rest of the world, it added.

Other countries should have taken the emergency seriously but the "signal was ignored," the panel said.

In retrospect, Hua said China took note of the report. "I want to say that we should strive to do better, not only China, but the U.S., U.K., Japan or any country should try to do better because it is a matter of public health."

Mandated by the head of the WHO, the panel's role was to review the WHO's response to COVID-19. A final report will be presented to the World Health Assembly in May.