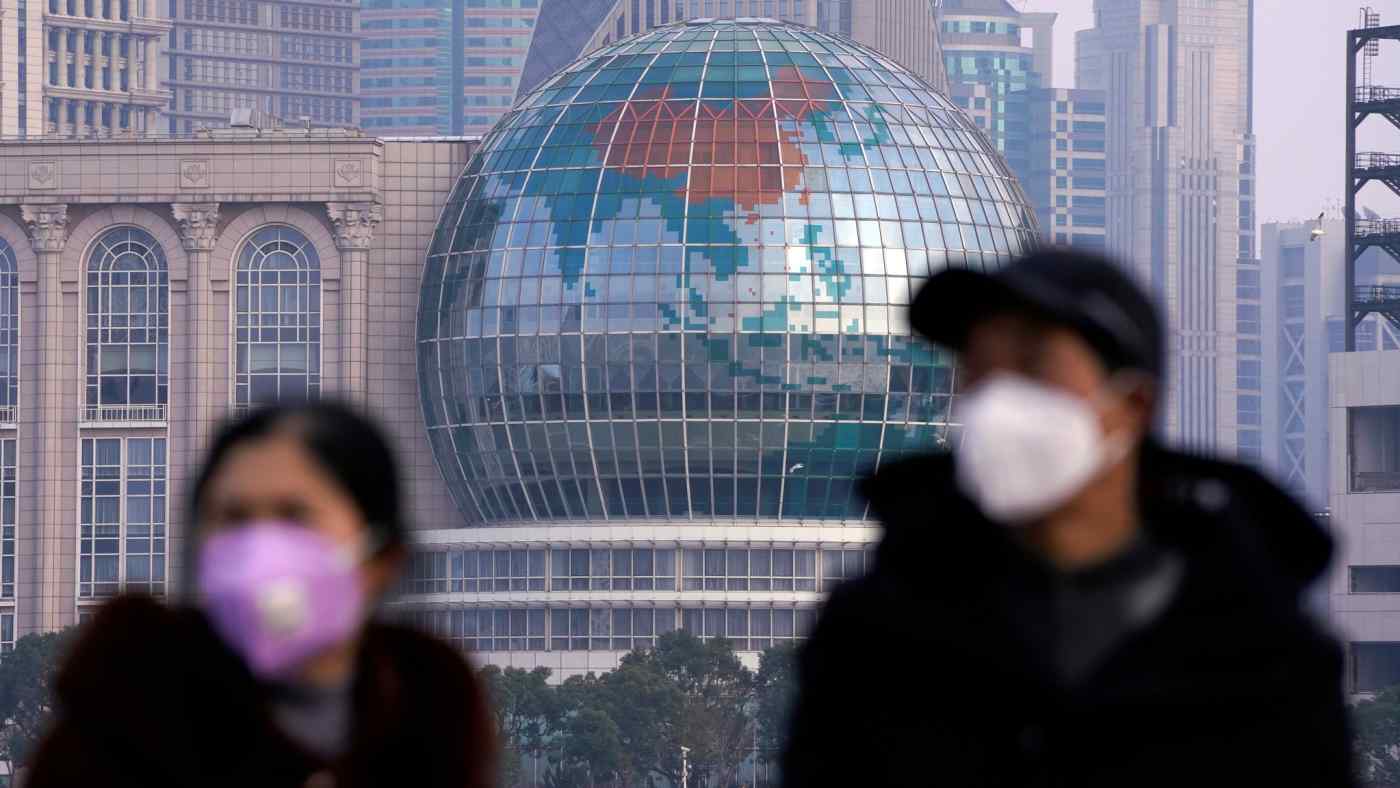 SHANGHAI -- The coronavirus outbreak is hitting China's retail sector hard, with brick-and-mortar stores seeing a plunge in customer traffic and online vendors struggling to fill a flood of orders from consumers scared to venture outside.

China's Lunar New Year holiday ended Sunday, but many localities have directed companies to keep workers at home, making it difficult for online companies to secure personnel to deliver products. And supermarkets and restaurants that are open have scarcely seen any customers to serve.

The service sector now accounts for more than half of China's gross domestic product, up from about 40% when severe acute respiratory syndrome spread in 2002 and 2003. A continued slump in consumption could deal a heavy blow to the economy as a whole.

"I'm doing three to four drivers' worth of deliveries by myself," said a worker at a logistics company run by second-ranked e-retailer JD.com. "We just don't have enough drivers at all."

Drivers already tend to be stretched thin around the Lunar New Year holiday, when many take time off to visit their hometowns. And they have been overwhelmed this time, with online grocery orders tripling to quadrupling on the year as people shun public places.

Alibaba Group Holding, which controls nearly 60% of China's entire online shopping market, is having a particularly hard time. Unlike JD.com, Alibaba relies on outside partners to operate warehouses and deliver packages. Many have yet to resume operations, meaning that a majority of orders cannot be shipped out.

Alibaba had said it aimed to resume regular deliveries starting Monday, the first day after the holiday period. But "many cities are telling businesses to stay shut through the 9th, and most shipping companies are still off," a seller on the platform said. A full recovery appears unlikely until at least Feb. 10. Even longer disruptions could impact Alibaba's overall performance. 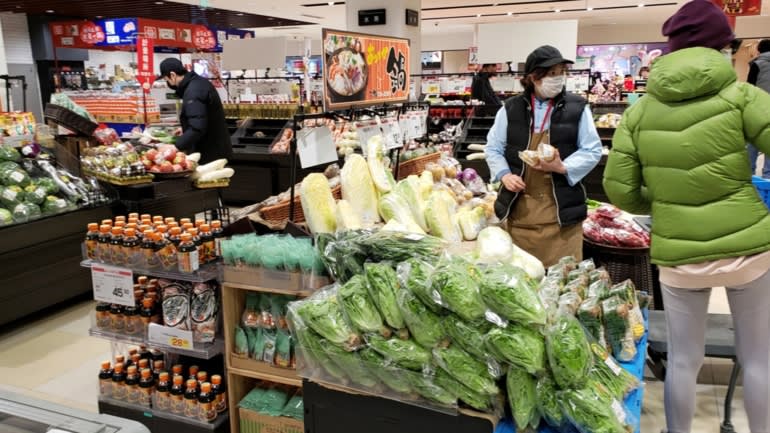 A Shanghai supermarket was well-stocked as of Feb. 2. (Photo by Yusho Cho)

Such food delivery services as Alibaba's Ele.me have enjoyed a surge in demand. But brick-and-mortar stores and restaurants have taken big hits as Chinese are encouraged to stay home.

Nanjing Road, a luxury shopping street in Shanghai, is almost empty despite stores operating as usual. "There's no point to us being here, since we don't get any customers," an attendant at one said.

Movie ticket sales at malls, which are used as an indicator of customer traffic, point to a growing crisis. The total over this year's Lunar New Year period came to 21 million yuan ($3 million), according to research firm EntGroup -- down more than 99% from 5.9 billion yuan during last year's holiday.

Starbucks has already suspended operations at more than 2,000, or half, of its Chinese locations. Uniqlo, operated by Fast Retailing, has done so at 270, or nearly 40%. Aeon has cut hours at superstores in Wuhan, where the outbreak began.

Japanese izakaya pub operator Watami will permanently close all seven of its own-branded locations in China by the spring. The company had been working to revamp Chinese operations by closing unprofitable branches and renovating others. But daily revenue has sunk to a twentieth of pre-outbreak levels. Watami projects losses of 1 billion yen ($9.15 million) from operating at current levels for a year.

Shanghai Disneyland decided to close its doors Jan. 25 and has not decided when to reopen. Rail, plane and other traffic sank 86% on the year to 11.92 million passengers Monday.