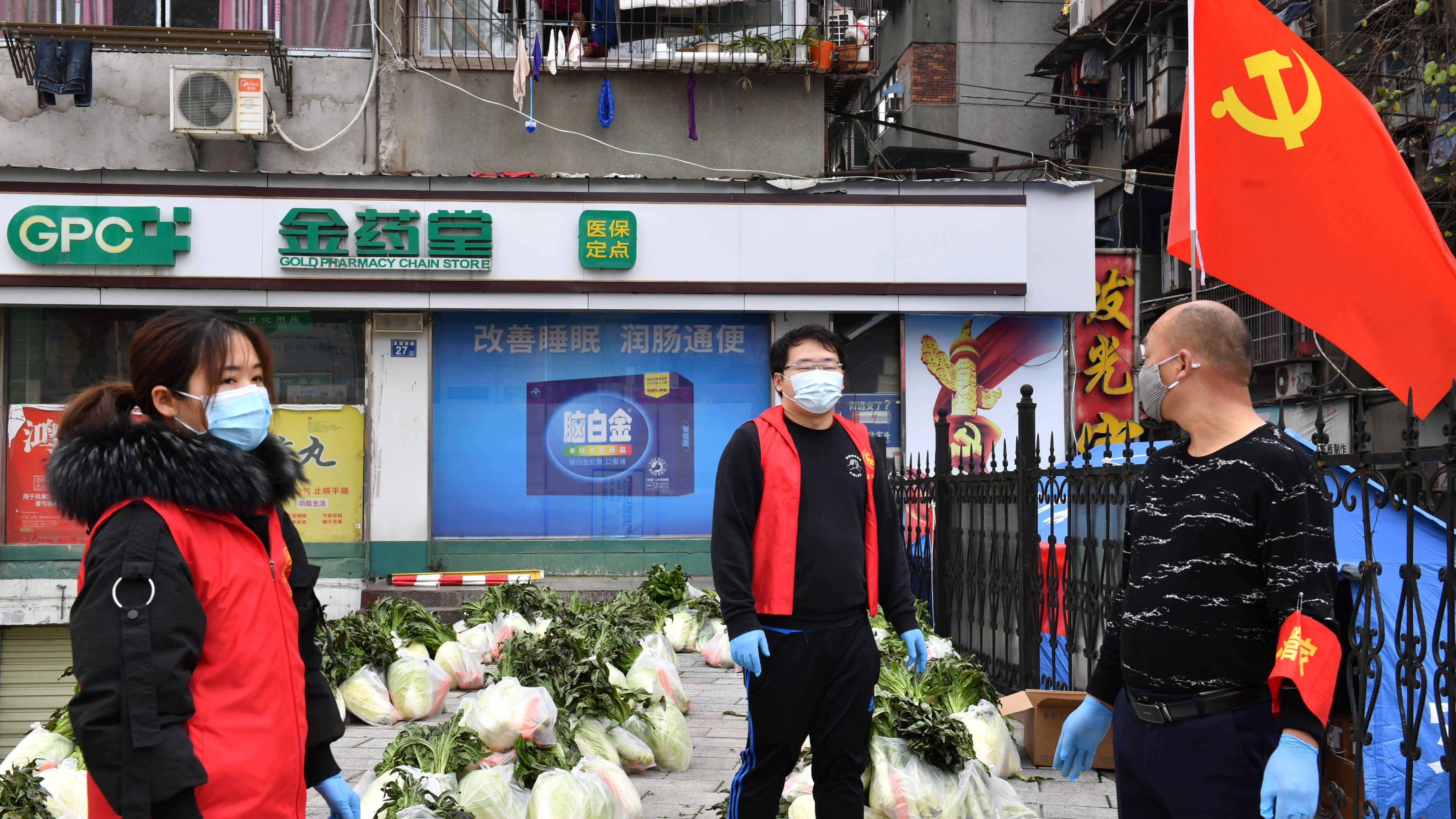 Volunteers wearing face masks stand next to vegetables to be delivered to residents of a residential area in Wuhan, the epicenter of the novel coronavirus outbreak, Hubei province.   © Reuters
March 6, 2020 15:10 JST | China
CopyCopied

BEIJING (Reuters) -- China's central province of Hubei, excluding the provincial capital Wuhan, reported zero new cases of coronavirus over 24 hours for the first time during the outbreak, as authorities continued to contain imported infections in other parts of the country.

Wuhan, the epicentre of the epidemic, reported 126 new confirmed cases on Thursday but there were no new infections in the province apart from those, the National Health Commission said on Friday.

Elsewhere in China, schools in provinces reporting no new cases for a number of days, started to set their opening dates in a sign of the country returning to normal.

Qinghai, a northwestern province in China that had reported no new infections for 29 days as of March 5, said it would stagger the start date of different school days from March 11 to March 20, according to a notice posted on an official website on Friday.

Separately, the southerwestern province of Guizhou, which reported no new infections for 18 days, had said at the end of February that schools would start from March 16.

Outside of Hubei, there were 17 new confirmed cases, bringing the total new infections in mainland China to 143 on Thursday, up from 139 cases a day earlier.

Of the 17 new cases, 16 were imported from outside of China - 11 in Gansu, four in Beijing and one in Shanghai.

A total of 311 passengers arriving at Gansu's provincial capital of Lanzhou from Iran were quarantined, state television reported late on Thursday.

Last month, Gansu became the first province to lower its emergency response measures from level I to level III, reflecting the lack of new infections.

Beijing's four cases were from Italy.

As new cases dwindle in China, attention has turned to potential infections arriving from overseas.

Authorities in Beijing, Shanghai and Guangdong have all vowed to quarantine travellers from countries hit the hardest by the coronavirus, which Beijing identified as South Korea, Japan, Iran and Italy.

The overall accumulated number of confirmed cases in mainland China stood at 80,552 as of Thursday.

The death toll from the outbreak in mainland China was 3,042 as of the end of Thursday, up by 30 from the previous day.