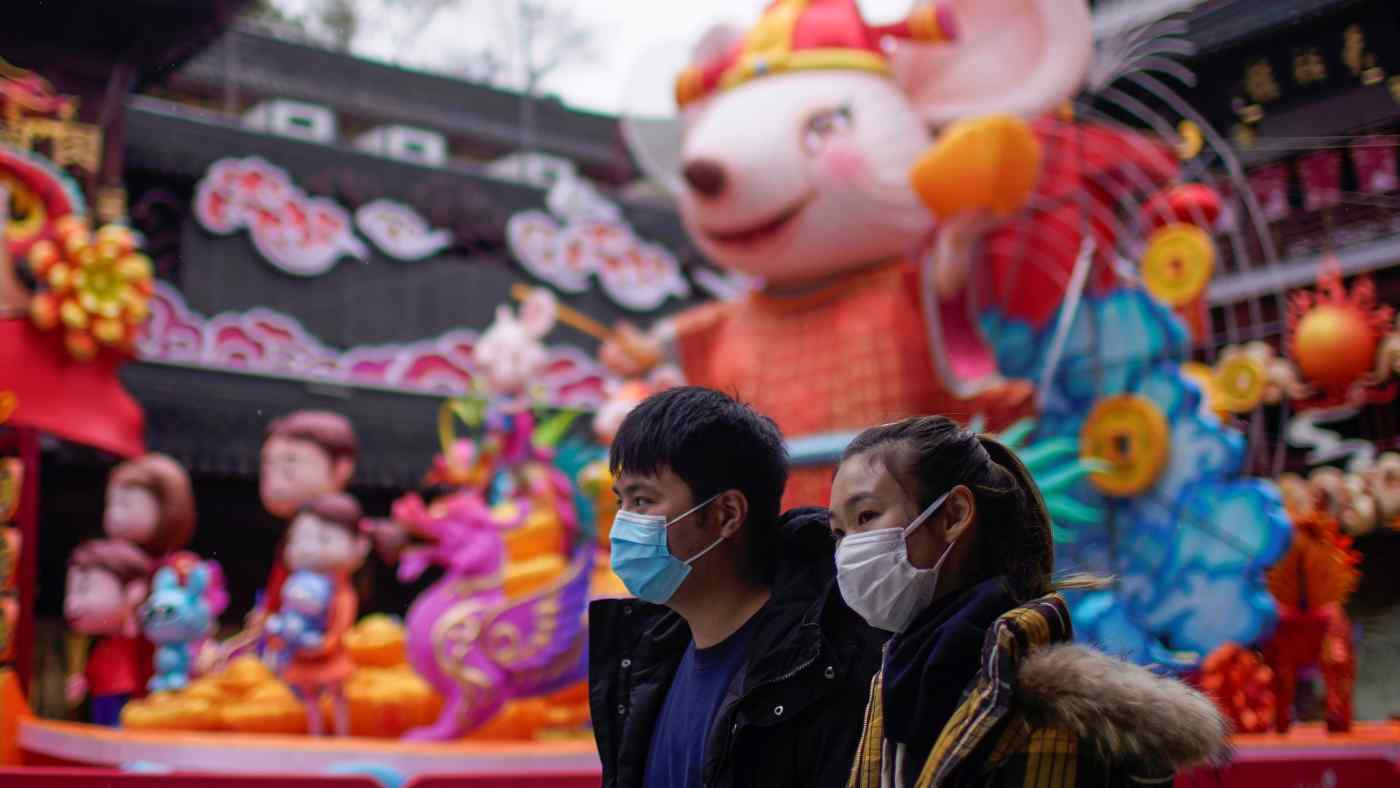 The overall number was the lowest since 1999, and some forecasters say lost consumer and factory activity could tip the economy into negative growth this quarter.

The 40-day travel rush around the holiday, known as chunyun, sees migrant workers return to their hometowns by rail, road, air and ship to visit their families. As the country's biggest travel season, it is closely watched as an economic indicator, and the decline in travel is ringing alarm bells for China watchers.

While official data has yet to be released for this year, Ren Zeping, chief economist and director of the Evergrande Think Tank, estimated the drop in income from 2019 at more than 1 trillion yuan ($143 billion) in a report Wednesday. Ren sees retail and restaurant sales falling by half and tourism revenue all but wiped out.

Daily data from Jan. 10 through Tuesday shows travel drop-offs exceeding 80% for days on end from Jan. 29.

Drastic measures by authorities to curb the spread of the outbreak -- including lockdowns in Wuhan, the epicenter of the outbreak, and surrounding cities -- forced people to stay home instead of travel. 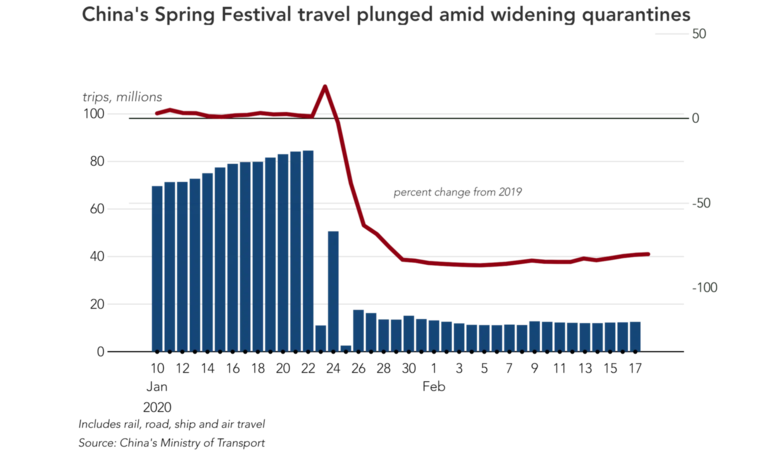 The Lunar New Year is typically the year's second-busiest time for the restaurant, retail and tourism industries -- behind only the weeklong National Day break in October -- as businesses pay employees bonuses before the holiday. These sectors raked in 1.5 trillion yuan in revenue over the 2019 Lunar New Year rush.

The steep decline in consumer spending at such a crucial time is sure to take a toll on the Chinese economy as a whole. Chinese brokerage Zhongtai Securities released a report this month arguing that growth is very likely to turn negative this quarter.

If growth stayed in line with the rate in the second half of 2019, China's nominal gross domestic product would expand 1.7 trillion yuan on the year for the three months through March. But the brokerage projects a 1.2 trillion yuan drop in revenue from Lunar New Year consumer spending, along with a 450 billion yuan decline in industrial production based on utilities' coal consumption.

Taking these into account along with other negative factors would push growth below zero, according to Zhongtai.

The experience of the 2003 outbreak of severe acute respiratory syndrome, or SARS, suggests that the damage could prove temporary. GDP growth for April-June 2003 slowed about 2 percentage points from the previous quarter to 9.1%, but the economy rebounded rapidly in the July-September period.