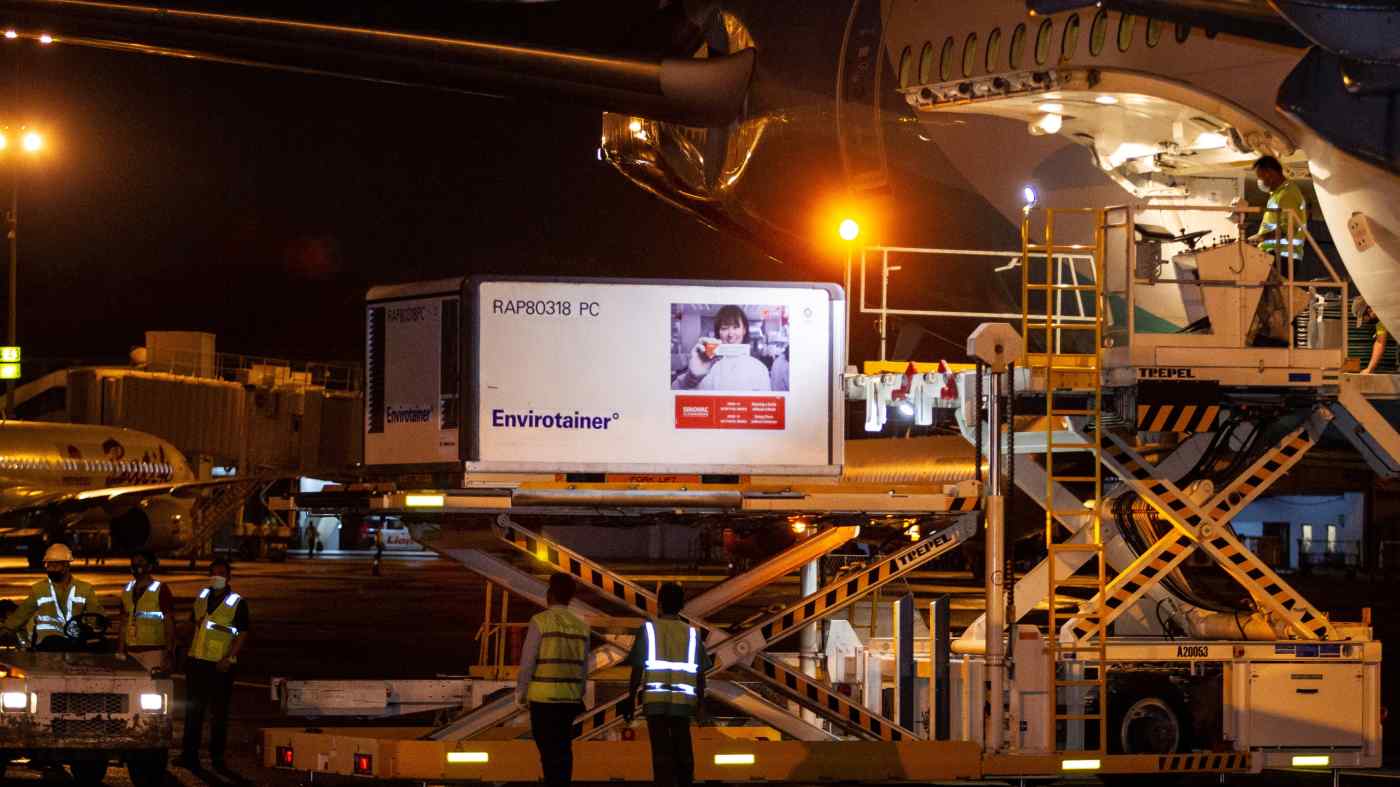 SHANGHAI -- China's Sinovac Biotech has raised more than $500 million from investors to help double production of its COVID-19 vaccine CoronaVac.

Hong Kong-listed Sino Biopharmaceutical, controlled by CP Pharmaceutical Group, is to put in $515 million, giving it a 15% stake in Sinovac Life Sciences, the unit in charge of CoronaVac production.

Chinese fund Advantech Capital and Vivo Capital of the U.S. each earlier converted loans to Sinovac into equity in Sinovac Life Sciences. Their separate stakes will be diluted from 7.5% to 6.3% following Sino Biopharm's investment.

"We have made significant progress in the development of our COVID-19 vaccine candidate CoronaVac, which has reached critical milestones in clinical trials in Asia and Latin America," said Yan Weidong Yin, Sinovac's chairman, president and chief executive, in a statement Monday.

"In addition to funding the CoronaVac, this new strategic partnership with Sino Biopharmaceutical further enables us to improve our vaccine sales capabilities, expand in Asia markets, develop and access new technologies, and most importantly, accelerate our efforts to help combat the global pandemic."

Indonesian President Joko "Jokowi" Widodo said Sunday that his country had received 1.2 million doses of CoronaVac and that another 1.8 million are to arrive by early January. The vaccine is also undergoing late-stage clinical trials in Brazil, Turkey and Chile.

Separately Monday, Clover Biopharmaceuticals, another Chinese drugmaker developing a COVID-19 vaccine, received backing from a Philippine expert panel and ethics review board to begin clinical trials in the country.

Clover has been working together with GlaxoSmithKline and Dynavax on its vaccine.

Sinovac meanwhile aims to double annual production capacity to 600 million CoronaVac doses with the completion of a second plant this month.

In a statement, Sino Biopharm said it had invested in Sinovac to accelerate mass vaccine production, show its corporate social responsibility to fight the pandemic and expand from disease treatment into disease prevention drugs, which "have a lower risk of being impacted by the national centralized drug procurement policies."

Sino Biopharm shares fell 11.8% on Nov. 30 due to disappointment with the company's earnings caused by the impact of price cuts imposed under Beijing's procurement system. The company produces treatments for liver and respiratory diseases as well as tumors.

CP Group, the parent of CP Pharma, was one of the first foreign companies to invest in China and now has interests ranging from food to insurance. It was named after ethnic Chinese founder Charoen Pokphand.