China's Sinovac to crank up vaccine output for foreign demand 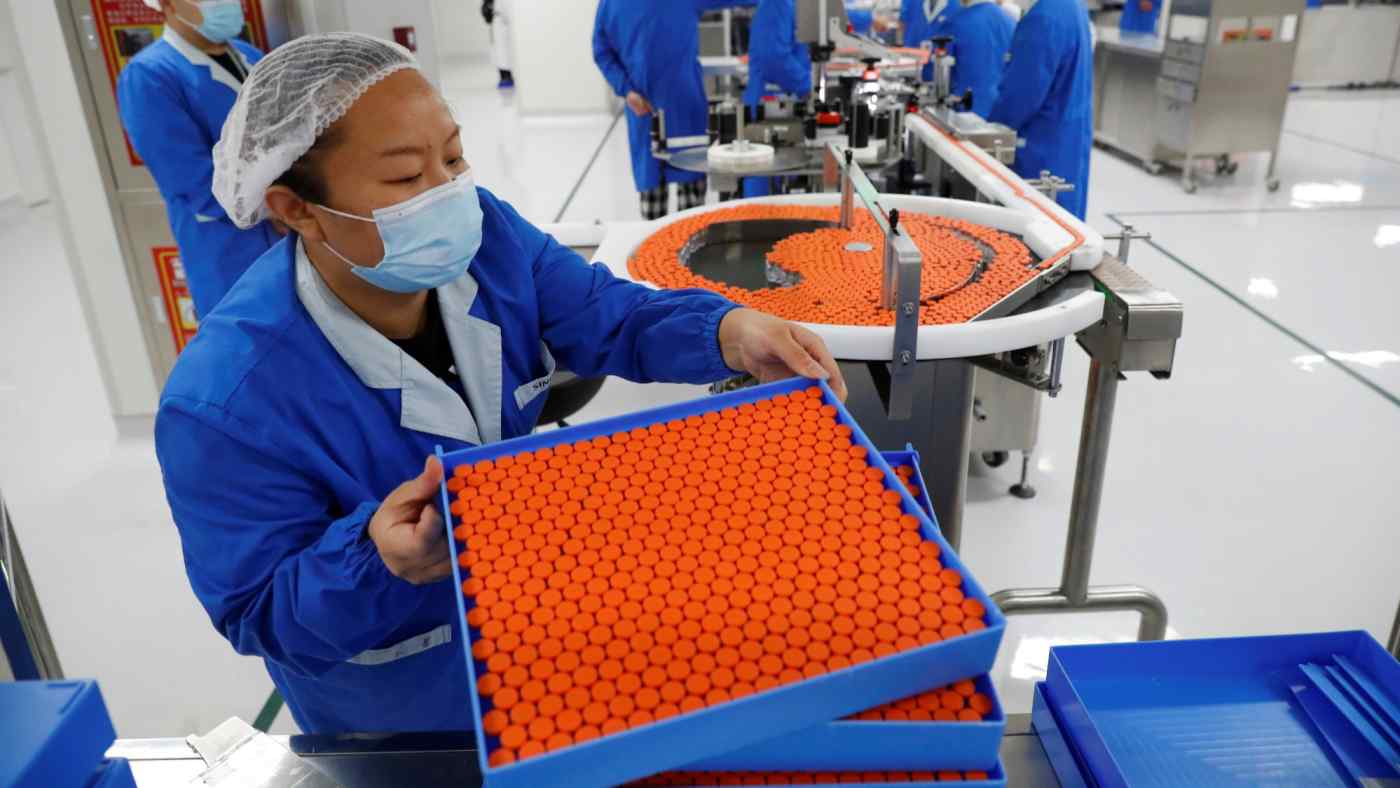 BEIJING -- China's Sinovac Biotech is prepared to rapidly increase output of its coronavirus vaccine candidate in response to demand overseas, the head of the pharmaceutical maker said Thursday,

Sinovac just completed a plant in Beijing in July capable of producing 300 million doses of a vaccine yearly. Construction took roughly four months. The company opened the plant to foreign media for the first time Thursday.

"We can build the next plant in a shorter amount of time," CEO Yin Weidong told reporters. If any orders come from overseas, "we will be able to boost production."

Sinovac plans to supply the medication to emerging nations as part of China's diplomatic efforts. The vaccine candidate is in the final stage of clinical trials in Brazil and Indonesia.

"I anticipate we'll be able to supply [the vaccine] to ordinary citizens in early 2021," in those two countries, Yin said.

Turkey and Bangladesh are also slated to host final clinical trials. Sinovac is negotiating with other countries, including Chile, to launch trials and supply the vaccine candidate, according to Yin.

"We aim to focus supplies toward countries and regions with severe outbreak conditions, with large populations and with the lack of research, development and production capacity for a coronavirus vaccine," the CEO said.

Through the second phase of clinical trials, 1% to 3% of test subjects experienced fevers as a side effect of the inoculation, Yin reported, saying the results indicate that the vaccine is safe.

The price "will be variable based on the volume of the order and delivery schedule," Yin said. The price of the liquid solution exported overseas will be about half the cost of the full vaccine, the CEO added.

In July, the Chinese government started injecting health care workers and other groups with Sinovac's candidate. The company has delivered tens of thousands of doses to the state.

Clinical trials so far have targeted adults 18 and older. Trials involving children are due to begin soon, with results expected to be released by the end of the year.

During the media tour of Sinovac's new plant, employees could be seen making base solutions filled with coronavirus for the vaccine candidate, as well as fine-tuning other ingredients and filling containers. The workers tackled each production process in a hurried fashion.