Result is weaker than Turkey findings, with details still sparse 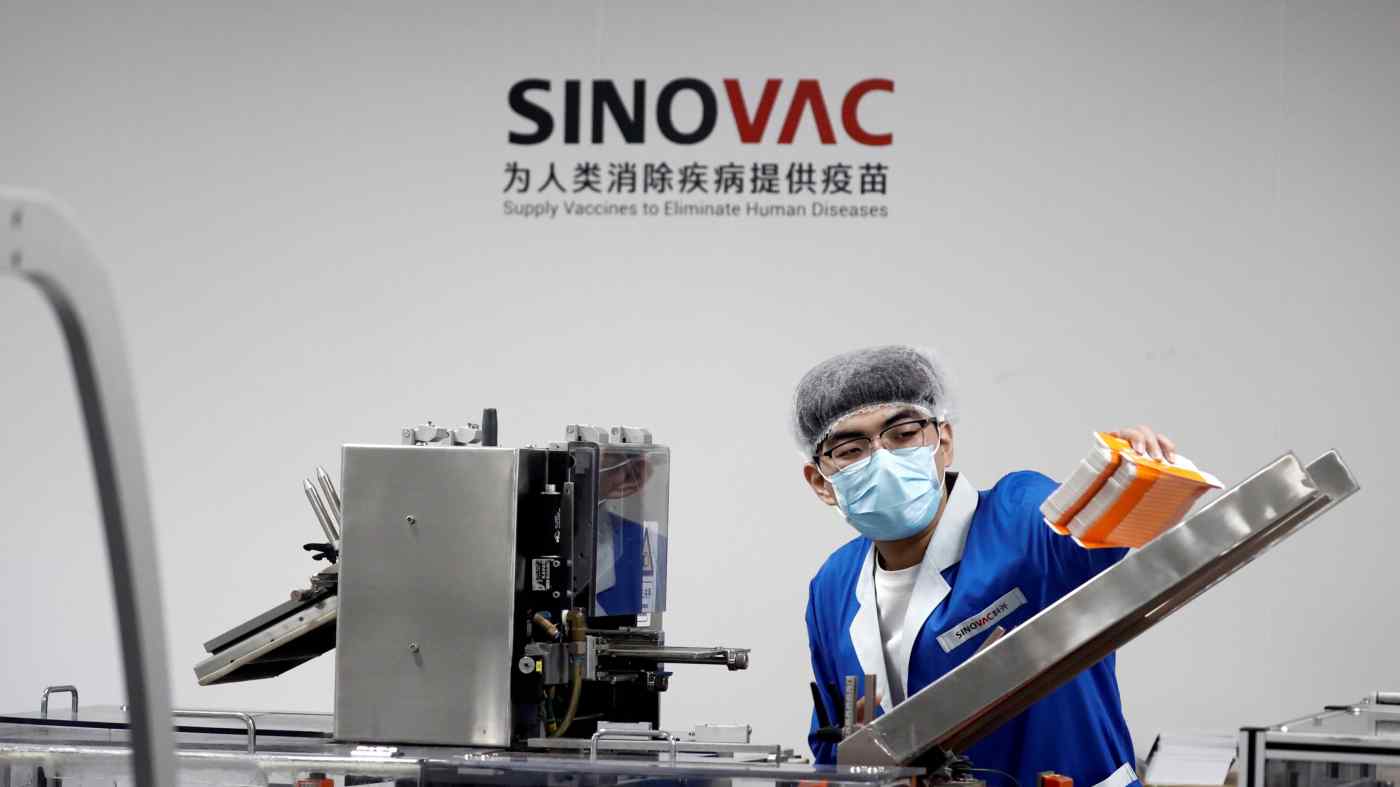 SAO PAULO (Reuters) -- A coronavirus vaccine developed by China's Sinovac Biotech was 78% effective in a late-stage Brazilian trial with no severe COVID-19 cases, researchers said on Thursday, although a lack of data details stirred calls for more transparency.

The trial results, closely watched by developing countries counting on the vaccine to begin mass inoculations to help end a raging pandemic, was below preliminary findings from Turkish researchers and lacked detailed data provided on U.S. and European vaccines.

The director of Brazilian biomedical center Butantan, Sinovac's research and production partner, said detailed results were being submitted to health regulator Anvisa as part of a request for emergency use of the vaccine.

"One thing is a presentation at a news conference. It's something else to get the data and analyze it, which is what Anvisa will do," said Cristina Bonorino, who sits on the scientific committee of the Brazilian Immunology Society. "If it's what they say, that's an excellent result," she added.

Brazil and Indonesia, which have the most COVID-19 cases in Latin America and Southeast Asia, respectively, are preparing to roll out the vaccine, called CoronaVac, this month. Turkey, Chile, Singapore, Ukraine and Thailand have also struck supply deals with Sinovac.

Although CoronaVac's efficacy falls short of the 95% success rate of vaccines from Moderna Inc or Pfizer Inc with partner BioNTech SE, it is easier to transport and can be stored at normal refrigerator temperatures.

The 78% efficacy rate is also well above the 50% to 60% benchmark set by global health authorities for vaccines in development early in the pandemic, given the urgent need.

Moderna and Pfizer/BioNTech released detailed results of late-stage trials last year, before receiving emergency use authorizations in the United States and elsewhere.

Butantan Director Dimas Covas told a news conference that full CoronaVac data would be released in an unspecified scientific publication but did not provide a timeline.

Pressed by journalists, Covas said there had been 218 COVID-19 cases in the trial of 13,000 volunteers. Just over 160 of those cases occurred among participants who received a placebo and the rest were in vaccinated volunteers, he said.

Unlike other studies of the vaccine, Brazil's CoronaVac trial included elderly volunteers, a particularly vulnerable population.

Covas said CoronaVac had entirely prevented severe COVID-19 cases among the vaccinated group, including the elderly. None of those who received the vaccine become ill enough to require hospitalization, he added.

Piecemeal disclosure of results from global CoronaVac studies have led to concerns about transparency of the trials, which was not helped by Butantan's news conference.

"It was not clear or transparent," said Denise Garrett, an epidemiologist who worked 23 years at the U.S. Centers for Disease Control and Prevention (CDC). "They presented secondary outcomes on preventing mild cases, serious ones and hospitalizations, but not the efficacy in preventing disease."

The partial disclosure by Butantan, which had delayed its announcement three times, citing obligations to Sinovac, added to skepticism about the Chinese vaccine in Brazil. Nearly half of Brazilians said they would not take a COVID-19 vaccine developed by China, according to a December poll.

Brazilian President Jair Bolsonaro has expressed disdain for the Sinovac vaccine, citing doubts about its "origin." He has traded barbs with political rival Joao Doria, the governor of Sao Paulo, which is funding trials and production of the shot. Still, Health Minister Eduardo Pazuello said on Thursday that the federal government would buy Butantan's full output of CoronaVac this year, nearing a deal to buy 100 million doses for a national immunization program.

Brazil has the world's second-deadliest outbreak after the United States, with a death toll that passed 200,000 on Thursday, and aims to vaccinate 51 million people, or about one-fourth of its population, in the first half of 2021.

Immunizations have not yet begun. Doria reiterated that Sao Paulo, the country's most affluent and populous state, expected to start vaccinations on Jan. 25.

Based on traditional vaccine technology using inactivated coronavirus to trigger an immune response, CoronaVac can be stored temperatures of 2-8 degrees Celsius (36- to 46F) and may remain stable for up to three years.

Vaccines offered by Pfizer/BioNTech and Moderna use a novel synthetic messenger RNA (mRNA) technology, requiring far colder temperatures for shipping and storage. The Pfizer/BioNTech vaccine must be kept at a sub-Arctic temperature, making it an ineffective option for poor nations and areas without the required cold storage equipment.