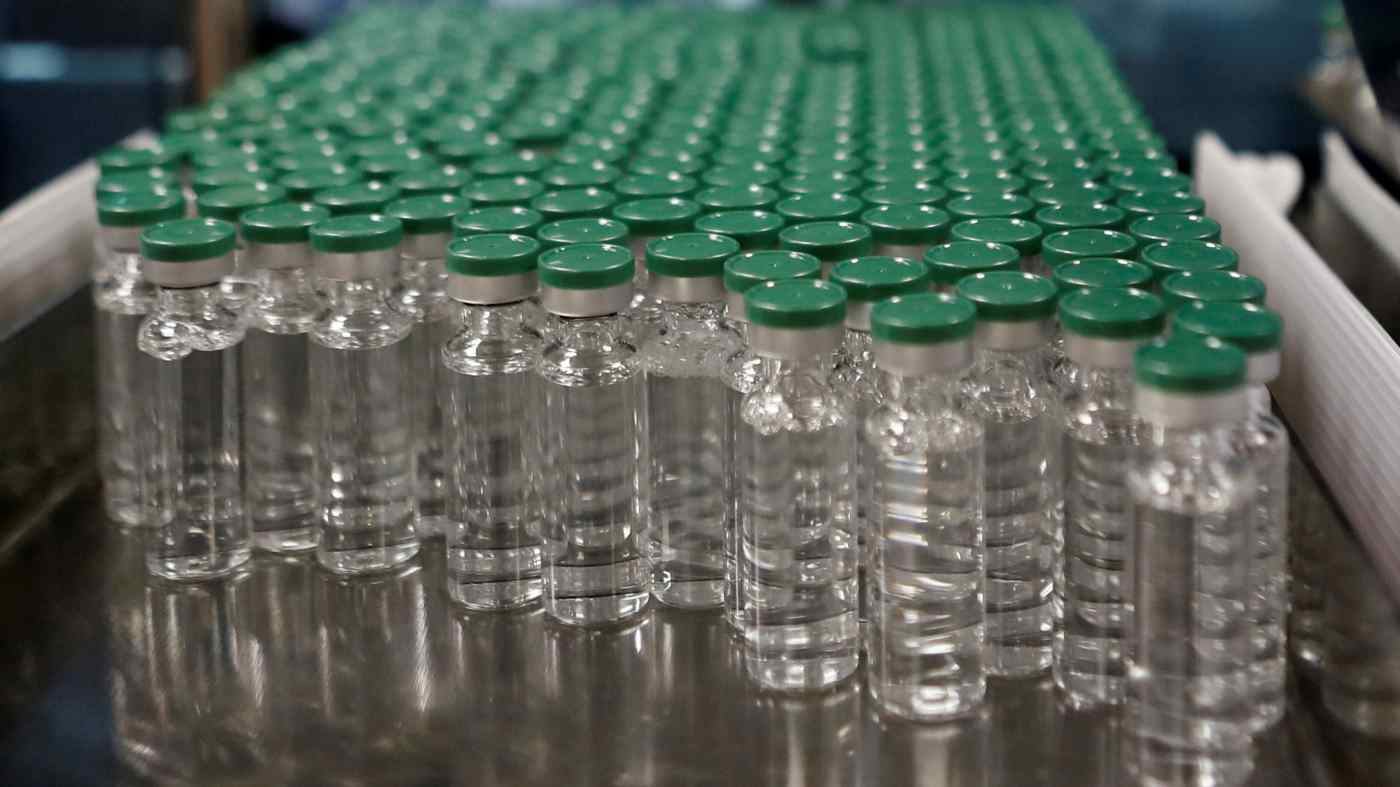 Vials of AstraZeneca's COVISHIELD, coronavirus disease (COVID-19) vaccine are seen before they are packaged inside a lab at Serum Institute of India, in Pune, India, Nov. 30.   © Reuters
December 27, 2020 23:10 JST | China
CopyCopied

Mass production for the proposed vaccine could begin in mid-2021, with an estimated capacity of 200 million doses a year, said Health Times, a paper run by the People's Daily.

The treatment is based on a chimpanzee adenovirus to deliver materials that can trigger an immune response against the virus that causes COVID-19, a technique adopted in the candidate from AstraZeneca and Oxford University.

The Chinese candidate, jointly developed by China's Tsinghua University and Tianjin Medical University, has not been tested on humans. The AstraZeneca-Oxford treatment is in final-stage large trials.

AstraZeneca's late-stage trials in Britain and Brazil last month found an efficacy of 62% for trial participants given two full doses but 90% for a subgroup given a half, then a full dose. A Reuters investigation this week revealed problems with the Oxford/AstraZeneca vaccine study.

Adenovirus is used in other COVID-19 vaccine candidates, including one from China's CanSino Biologics Inc, which is based a harmless common cold virus known as adenovirus type-5 (Ad5).

Researchers on the CanSino vaccine have said it might be weaker in people who had been exposed to Ad5 and have pre-existing immunity against the adenovirus.

The potential Walvax vaccine might avoid this problem by using a rare adenovirus from chimpanzees to which humans normally do not have pre-existing immunity, Health Times said.

Walvax has another production facility in the works for a vaccine it is jointly developing with the Academy of Military Science and Suzhou Abogen Biosciences Co, which is in early-stage clinical trials.