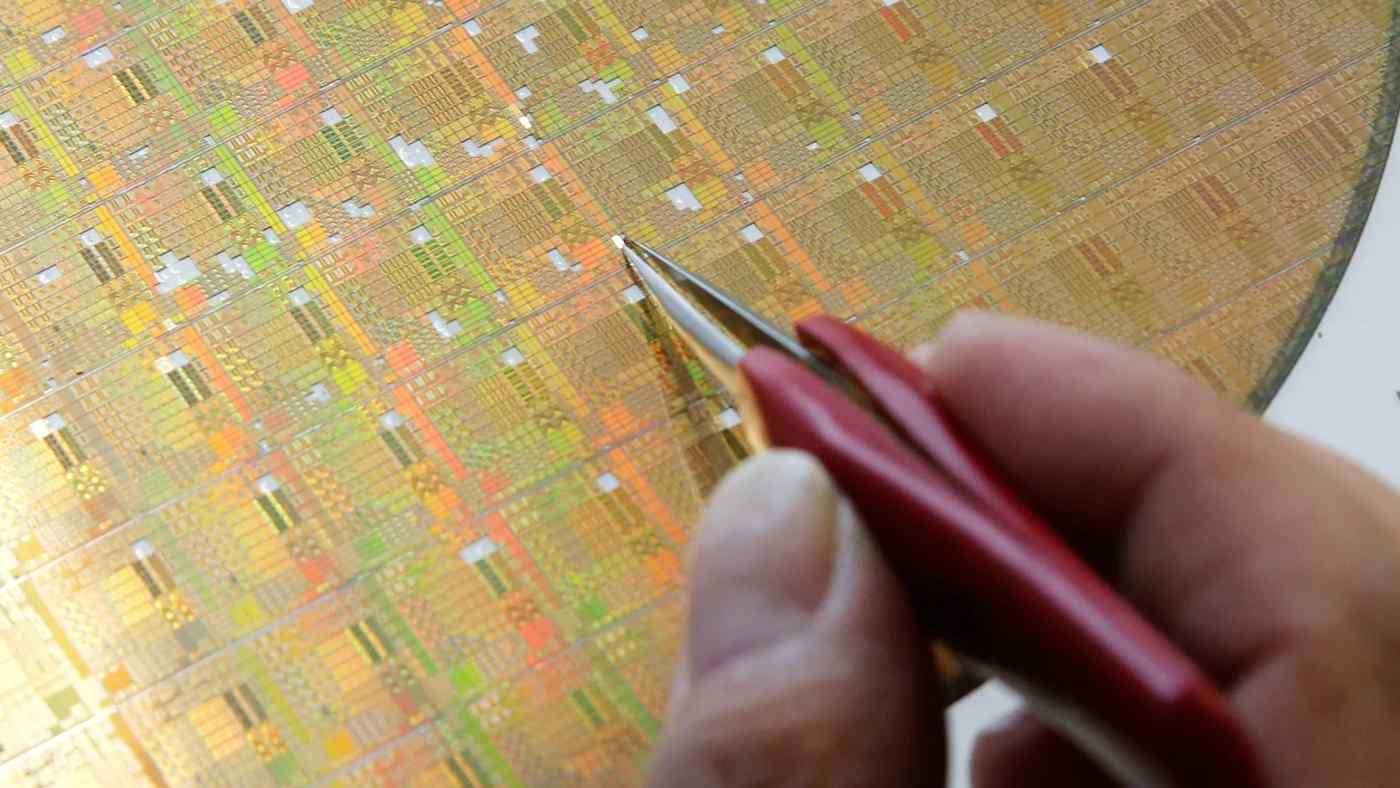 TAIPEI -- China's top contract chip manufacturer Semiconductor Manufacturing International Co. said on Friday it will double its capital spending and expects revenue to grow more than 10% this year despite the coronavirus outbreak. But like other chip companies, SMIC also warned that the worst may be yet to come as disruptions from the deadly virus ripple through the supply chain.

"The effect of the virus onthe end demand is still unfolding, and we are monitoring the situation closely," co-CEO Zhao Haijun said in an earnings briefing on Friday. He added that all of the company's factories, which are mainly located in Shanghai, Beijing and Tianjin, are still running at full capacity. "We believe the impact will slowly show up in the second quarter."

Zhao said the Beijing-backed chipmaker still expects revenue to grow in the "teens" in percentage terms this year and that the virus will have only a short-term impact. The company nearly doubled its capex to $3.1 billion for 2020, from $1.6 billion last year, mainly to continue investing in advanced technologies as the nation aims to boost its self-sufficiency in the semiconductor industry -- a key battleground in the Washington-Beijing tech war. The size of its capex for this year is equal to its revenue last year.

SMIC supplies most of the top Chinese local chip developers, including Huawei Technologies, UNISOC Communications, and fingerprint-chip maker Goodix. The Chinese chip manufacturer is continuing to benefit from local companies' drive to cut dependence on foreign tech, something that grew even stronger after the U.S. put the country's biggest tech company, Huawei, on a trade blacklist.

SMIC's announcements come as Asia's biggest economy battles the coronavirus epidemic that had already killed nearly 1,400 people and infected more than 63,000 globally as of Friday.

The outbreak of the virus has also sent shock waves through the global economy. The Mobile World Congress, the world's biggest mobile technology show, was scheduled to start on Feb. 24 in Barcelona but organizers canceled the event this week after many crucial players -- including Ericsson, Nokia, AT&T, Intel, Sony and LG Electronics -- dropped out due to virus-related fears.

Counterpoint Research, meanwhile, has lowered its forecast for Chinese smartphone sales in the first quarter of this year by 20% and expects the ripple effect of the virus to drag down the global smartphone market 5% to 6% in 2020, to remain roughly flat from last year.

Most chip companies acknowledged that the virus outbreak will negatively impact their businesses, but said they are still monitoring how it will hit orders in coming months. Like SMIC, most chip suppliers service, including TSMC, the world's biggest contract chipmaker and ASE Technology Holding, the world's No.1 chip packaging and testing service provider, did not stop production in their facilities in China during the Lunar New Year break.

However, the industry's uncertainties remain as their chips are delivered to more labor-intensive factories such as those of key Apple suppliers Foxconn, Pegatron and Quanta Computer, where they are assembled into final products. The labor shortage issue due to nationwide traffic restrictions and compulsory quarantines, as well as disruption to components and parts supplies, mean it will likely take months for assemblers to normalize their production, the Nikkei Asian Review reported.

Win Semiconductors, a chip supplier for Huawei smartphones and base stations and Apple products, expects the impact of the coronavirus to be bigger in the second quarter than the first. "The order forecast for the second quarter is very unclear at the moment, given that the epidemic spreading is still going on," Win President Kyle Chen told an investor's earnings conference on Wednesday.

The world's biggest display driver chip developer Novatek, which supplies to almost all smartphone makers including Huawei, Oppo, and Vivo, said the Chinese market contributes 50% of its total revenue and the virus outbreak will definitely hit demand in the short term. "There are still so many uncertainties. ... Most of the work resumption across factories in China has been delayed, and we don't know how the situation will play out ... The demand for smartphones in the Chinese market will be affected," Novatek Vice Chairman Steven Wang told reporters and investors.

Chunghwa Precision Test Tech, which provides chip-testing services to Apple, Huawei and Qualcomm, said it has cut its outlook for 5G smartphone shipments from the very optimistic scenarios of up to 260 million units to between 200 million and 220 million units. But it is still hopeful that the demand will eventually return, President Scott Huang said. CEO Rick Tsai of MediaTek, the world's second-largest mobile chip developer after Qualcomm, also said it still expects solid revenue growth despite "short term" uncertainties.

ASE Technology Holding, which serves Apple and Huawei, said it only had around 50% to 70% of its staff during the Chinese New Year holidays, which is far less than usual. The company said it aims to have full staffing at the end of this month, but added that it will be challenging as all tech suppliers in China will be competing for limited labor resources.

"The industry is facing a higher risk than usual at the moment. If the coronavirus outbreak continues, the company might have to adjust its operational and financial forecast to reflect the negative impact," ASE Chief Financial Officer Joseph Tung told investors on Feb. 7.

It is not yet clear whether the coronavirus threatens chip companies' previous forecasts of a robust recovery for 2020. TSMC, the key barometer of global electronic demand, said in mid-January that its revenue could grow by up to 20% this year, while it plans to hike its capex to a record $16 billion.

Mark Li, an veteran semiconductor analyst with Bernstein Research, said in a research note that it will take time to fully understand the coronavirus' impact.

"China now is a crucial part of the tech supply chain and produces 90% of PCs, 90% of mobile phones & 70% of TVs in the world. As workers are asked to return to work later, retail outlets are shut down etc., all can cause a broad-based dislocation," Li said. "On the other hand, things are fluid, and inventories can provide some cushion."