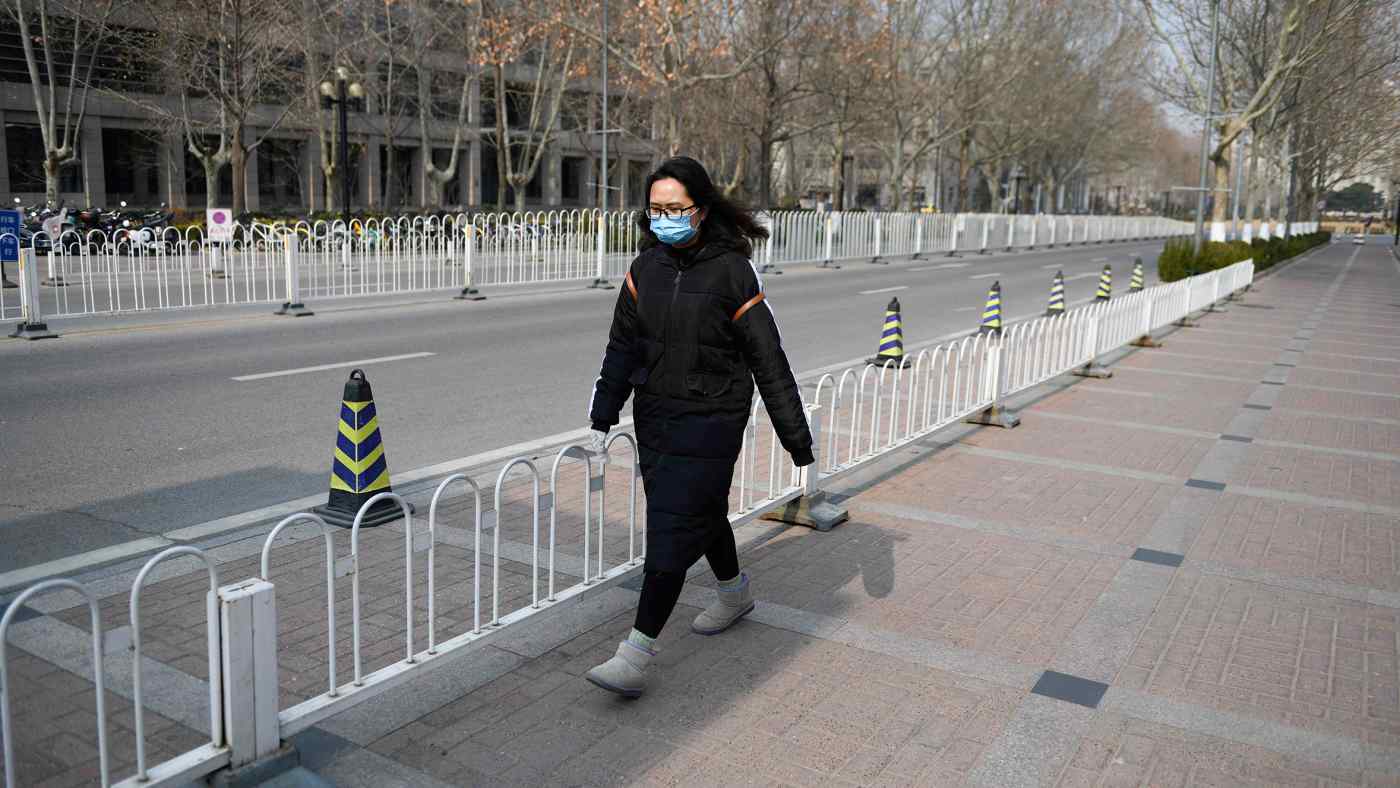 HONG KONG -- Like many university students in China who are looking at the future job market, Liu Yiyi has faced unexpected challenges brought on by the outbreak of the new coronavirus.

The 24-year-old, who is due to graduate this summer, first was stranded at home for weeks in China's northern Henan Province because of travel restrictions imposed by the government over large regions around the country. Then she received a phone call that could put an end to her plan of becoming a teacher after graduation.

"I was supposed to report for duty in early February, but my prospective employer told me to wait at home," Liu said. Beijing has ordered schools in the country to be closed amid the epidemic, and the after-school education center at which Liu plans to work has suspended operations, too.

With the reopening in limbo, she said, "I'm afraid I might end up losing the job."

Liu is one of many soon-to-be graduates who have felt the pinch of a chilling job market as the outbreak has wreaked havoc on the country's economy. Companies are reluctant to expand their operations, and, even if they are hiring, few are interested in those fresh out of school.

In the third week after the Lunar New Year, which was in late January, job openings for university graduates in China plummeted 44% compared with the same period last year, according to Zhipin.com, a recruitment website. Zhipin said the year-over-year decline in sectors such as advertising reached nearly 72%, and for the health care sector, where the slowdown is the most modest, the number of job openings this year was still 8.8% below the level during the same period last year.

The weaker demand comes at a time when the number of Chinese graduates is poised to hit a record high. By the end of the summer, as many as 8.74 million college graduates are expected to enter the job market. While it is too early to know how many of them will actually land a job, Beijing has expressed concern.

"The coronavirus has resulted in a plunge in job demand," You Jun, deputy director at the Ministry of Human Resources and Social Security, told reporters at a recent news conference in Beijing, as off-site recruitments have been largely suspended.

Campus recruitments usually are conducted on-site. Company representatives go to universities to meet students, conduct writing tests and arrange face-to-face interviews, but that practice has been disrupted this year.

Among those affected is Vickie Liu, an undergraduate student. Liu, who studies computer engineering in Hubei Province, dreams about starting her career in Shenzhen -- the Silicon Valley of China -- and had successfully secured three job interviews in the bustling southern city that borders Hong Kong.

Hubei, where the coronavirus first emerged in December, has the most confirmed cases in the country. Traffic and transportation in and out her hometown has been mostly suspended amid the epidemic, and she had no choice but to cancel the interviews.

"All of my efforts went down the drain," she said. A professor teaches a class online during a government-organized visit to Tsinghua University. Schools in China have been closed due to the virus, and some students are wondering when they will be able to graduate.   © Reuters

In recent weeks, Chinese companies have been moving their recruitment procedures online to cope with the disrupted hiring process, but the 22-year-old said she and other students are facing another hurdle. "Our return to the university has been pushed back, and we have no idea when we will graduate. How can companies hire us if they don't even know when we will start working?"

Beijing has tried to help by encouraging companies to extend their recruitment season. Meanwhile, cities from Shenzhen to Beijing have also gradually relaxed travel restrictions and lifted bans on group gathering, indicating that a return to normal could be on the horizon. Even so, many worry that the damage to the job market for college graduates is irreversible.

Normally at this time of the year, Hong Kong businessman Richard Chan starts posting advisements online and on university bulletin boards to recruit about two to five fresh graduates for his factory -- the Gao Deng Plastic Craft Products Factory -- in the eastern city Dongguan that manufactures Christmas decorations.

But this year, he has not made up his mind.

"I'll decide when I know the volume of orders this year," Chan said. He is concerned that Western clients could switch to manufacturers outside of China this year amid the uncertainty.

Zhu Yun, who owns a wedding-planning company with about 40 employees in the eastern city of Hangzhou, has already decided to not recruit any fresh graduates this year.

"We need to hire experienced people who can immediately create profits this year," Zhu said, adding that it takes about half a year to train new graduates before they can work independently.

While Zhu believes that young graduates can contribute "fresh ideas" to event planning, she no longer has the luxury to recruit them.

Zhu had 60 scheduled weddings postponed, as the Hangzhou government has essentially banned banquets in an effort to stop the spread of the virus. The delay has led to a loss of about 3 million yuan ($430,250) in profit, and it also means her company could be extremely busy once the ban is lifted.

"We don't need as many people this year," she said. "What we need now is efficiency." Two men bike around at Tsinghua University. In addition to the greater competition brought on by a record number of new graduates, new degree-holders also face an uphill battle against experienced job-seekers.   © AFP/Jiji

That sentiment is echoed by Trivium China, a consultancy monitoring economic and political factors in the country.

"Many Chinese companies are scrambling to avoid layoffs of their existing staff -- nobody should expect them to go on a massive hiring spree at a time like this," it said in a recent newsletter, adding that small- and medium-size enterprises employed 60% of recent graduates over the past three years.

In addition to the greater competition brought on by the record number of new graduates, new degree-holders also face an uphill battle against more experienced job-seekers.

"There were a lot of people applying for jobs after the Chinese New Year," said Zhao Wendong, general manager of Nanhu Changxiang Science and Technology Education, a robotics startup in Guangzhou. He said many job candidates lost employment opportunities due to the economic slowdown, and some even agreed to take a 10% pay cut in order to land a position.

Zhao has so far hired five people, none of whom are fresh graduates.

In an effort to deal with the situation, the central government in Beijing has pledged to enroll more graduates in the military and to also hire them to work at government agencies in rural China.

"Those policies do help, but that help will be very limited," said Liu Yiyi, the undergraduate in Henan. "After all, Chinese youth are used to living in big cities and few people want to take a hard job."

Liu, while waiting for an update from the education center in Guangzhou, said she has begun looking for other opportunities. "Perhaps having one more job offer is still not enough. Nothing is certain in the Chinese job market these days."