Belief about health benefits behind old tradition despite growing skepticism 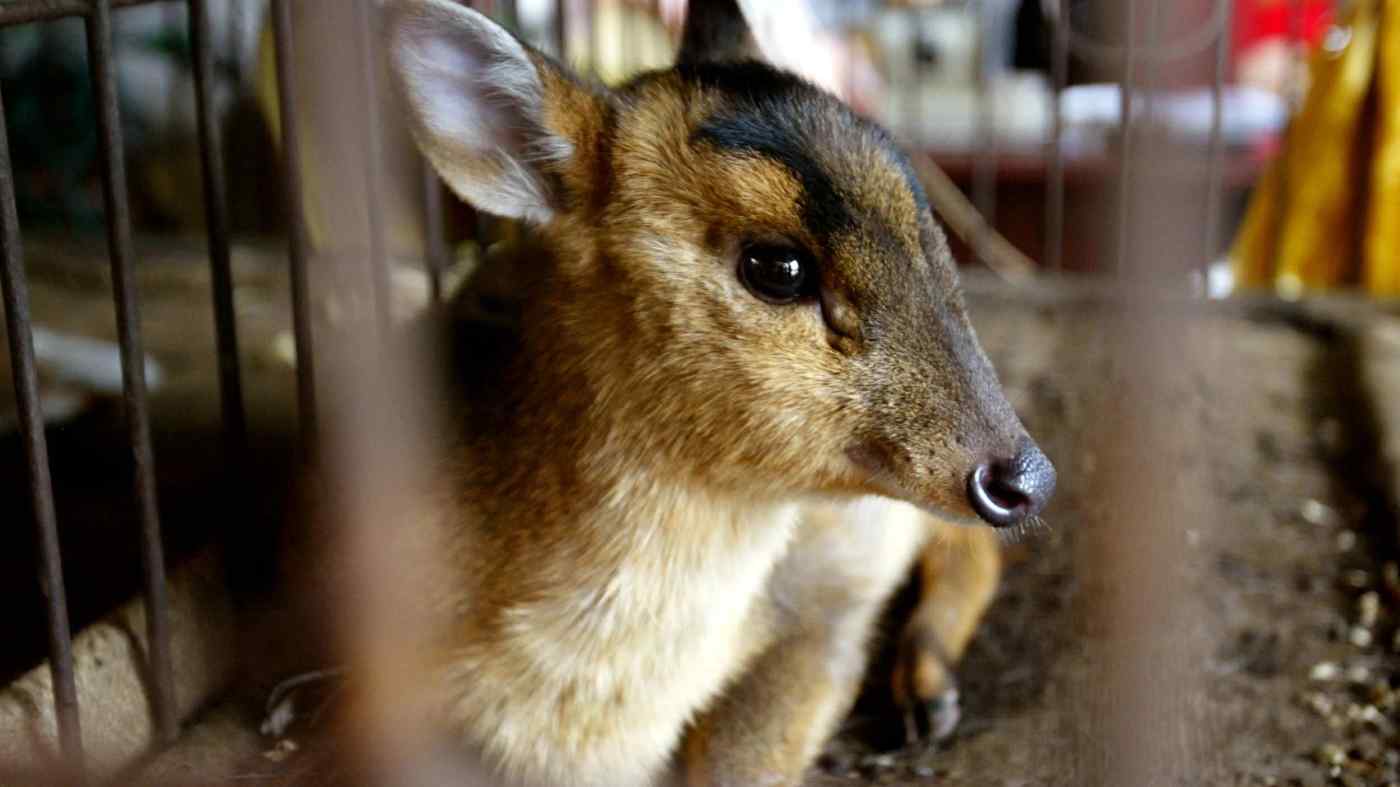 A muntjac, or barking deer, sits in a cage at a Chinese market in 2003. The animal tastes like tough beef, said one family in Guangzhou.   © Reuters
YUSUKE HINATA, Nikkei staff writerFebruary 15, 2020 01:45 JST | China
CopyCopied

GUANGZHOU -- China's centuries-old tradition of eating civets, porcupines and other exotic meat is facing renewed criticism as scientists tracking down the origin of the new coronavirus zero in on bats as a potential host.

Though Chinese health professionals and many city dwellers have shied away from eating wild animals in recent years, the practice continues in many communities. In addition to enduring beliefs about health benefits, people go after their exotic taste or show off their wealth by eating rare animals.

During a dinner for Lunar New Year's Eve on Jan. 24, one family in Guangzhou debated the pros and cons of the practice of eating exotic meat, or ye wei -- literally translated as "wild flavors" as they were forced to spend the holidays inside because of the virus outbreak.

Some reports indicate the new coronavirus jumped from bats to humans through intermediate hosts like snakes and mice sold in unsanitary conditions at a market in Wuhan, the epicenter of the outbreak.

But after a heated discussion, his younger brother recalled that they, too, ate wild animals several years back. An acquaintance gave them some muntjac, a small mammal also known as the barking deer. It tasted like tough beef, he said.

Though beef, pork and chicken are readily available throughout China, many people in the country have tried some type of exotic animal. This can range from common critters like mice and foxes to civets, porcupines and even endangered species traded on the black market. A seafood market in Wuhan has been linked to the outbreak of the new coronavirus. The market has been shut down.   © Reuters

The persistent appeal of wild game lies partly in social prestige. Rare, expensive meats can show that a family is doing well, and they often are served as meals to important guests or given as gifts, like the one the Guangzhou family received.

Younger generations also use exotic meat to boost their social media profile. A video of a woman biting into a whole bat went viral in mid-January, drawing wide criticism as tone-deaf amid the growing coronavirus outbreak. Many have since deleted past posts related to wild game.

But the biggest reason many Chinese try unconventional meats is a belief that wild animals are healthy. There is no consensus on why: Some say it is because the animals are not given processed feed and drugs, while others focus on their connections to traditional Chinese medicine.

The latter position stems largely from a Ming dynasty-era text called the Compendium of Materia Medica, which assigns medicinal properties to roughly 1,900 plants, minerals and animals. Bats, for example, are described as effective against esophageal inflammation and persistent coughs.

"Many people believe traditional medicine is eating wild animals, but they are wrong," said a 55-year-old who operates a Chinese medicine store in Guangzhou. "What doctor would recommend deliberately ingesting germs? It's just a traditional food, a folk remedy based on random bits of traditional thought."

A traditional doctor who works at a major hospital in Guangzhou said that exotic animals can play a role in such medicine, but stressed that specialists clean and process the creatures before extracting necessary materials.

"Untrained people shouldn't just go eat them as they are," the doctor said. 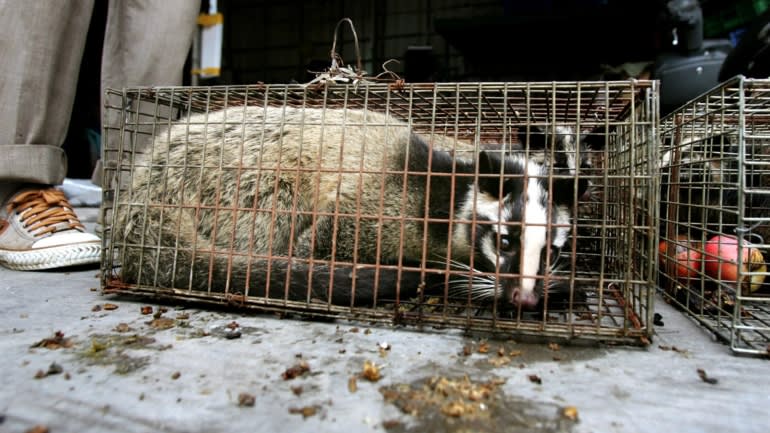 A civet lies in a cage at a Guangzhou market in 2004. These cat-like critters were blamed for the SARS outbreak, which began in 2002.   © Reuters

This is not the first wave of criticism over the consumption of exotic animals. When severe acute respiratory syndrome, or SARS, broke out in Guangdong Province in 2002 and spread internationally, many thought civets and other critters were to blame. Chinese authorities at the time cracked down on markets and restaurants that illegally dealt in wild animals.

The number of wild game restaurants decreased 6.6% between 1999 and 2005, while the proportion of people who had never tried wild animals jumped 40 points to 71.7%, the China Wildlife Conservation Association says.

But when authorities conducted an emergency survey in light of the new coronavirus outbreak, they found numerous businesses still dealing in exotic animals -- both in rural communities and in urban centers like Guangzhou and Shenzhen.

The latest outbreak has fueled greater criticism against consuming wild animals. Yet the practice has endured for centuries, and it remains unclear whether the coronavirus will change attitudes about the prestige and health benefits ascribed to unconventional meats.