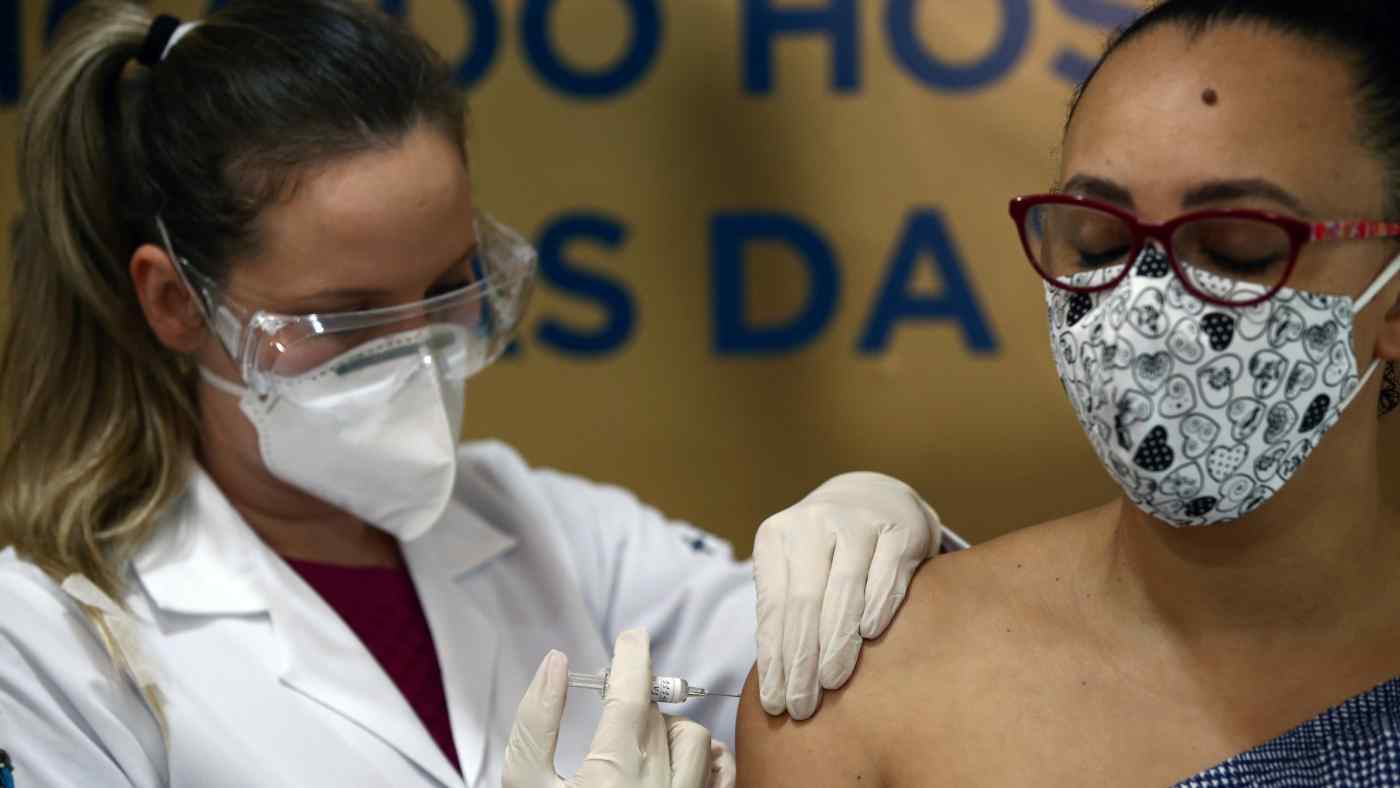 TOKYO -- China has emerged as a leader in novel coronavirus vaccines, a development that will enhance it as a global power but also raises concerns over safety and the potential for Beijing to use its status in territorial disputes.

The country has nine vaccine candidates in clinical trials, including five in Phase 3, the final stage of the process toward approval. This achievement is the result of years of state-led research on infectious diseases. Last week, Chinese drugmaker CanSino Biologics announced it would conduct a Phase 3 trial in Saudi Arabia with 5,000 volunteers.

Of the 29 new vaccines in clinical trials around the world, nine are in China, the most of any country. Of the seven that are in Phase 3, China has five. Chinese vaccines are expected to be in practical use as early as the next few months.

The dramatic progress is the result of deep ties between pharmaceutical companies and state-funded research institutes. CanSino is a privately owned startup, but it is pursuing joint research with the support of the military. Another drugmaker, Sinopharm, which is conducting final clinical trials, is a state-owned company, while Sinovac Biotech is a joint venture between Peking University and Hong Kong companies. All are considered to be close to the central government and the Ministry of Science and Technology is seen as the leader of the country's vaccine strategy.

In a white paper on coronavirus countermeasures in June, the ministry emphasized that vaccine development would proceed simultaneously using five different approaches. While it was unknown which type of vaccine can be put to practical use, China opted to try all so that it would have a national reserve.

According to Chinese media, CanSino and Sinovac are preparing an annual production capacity of 100 to 200 million doses with government support.

China's strength is in inactivated vaccines, which are vaccines that use virus particles or bacteria grown in culture that then lose ability to produce disease. Three of the country's vaccines in Phase 3 are of this type, and of the five groups around the world that are pursuing inactivated coronavirus vaccines, four are Chinese.

Inactivated vaccines have been around for a long time, and their effectiveness and safety have been proven. However, because the virus is made using chicken eggs and animal cells, it is labor intensive and inefficient to produce. European and American pharmaceutical manufacturers have withdrawn from using this approach, but Chinese companies have double downed on the method using a human-wave approach to development

China's prowess in inactivated virus vaccines is due in part to its past experience with major infectious diseases such as Severe Acute Respiratory Syndrome (SARS) and avian flu.

Tokyo-based research company Astamuse, in which Nikkei has a stake, examined patents related to preventing infections by RNA viruses such as the novel coronavirus and influenza, and found 106 patent applications by China last year, compared with 61 by the U.S.

China has consistently been the world leader since 2008 as inactivation technology is the core of China's epidemic prevention efforts.

However, Chinese vaccines are rarely distributed overseas and it is unknown how effective they really are. Clinical trials focus on speed, but little information is available on efficacy and side effects. Even after clearing clinical trials, "anxiety about safety remains," said a Japanese researcher.

Vaccine diplomacy, in China uses the vaccine to wield power, is also a concern.

"COVID-19 vaccine development and deployment in China, when available, will be made a global public good. This will be China's contribution to ensuring vaccine accessibility and affordability in developing countries," President Xi Jinping said at the World Health Organization annual meeting in May, demonstrating his intention to share the new coronavirus vaccine overseas.

Meanwhile, Philippine President Rodrigo Duterte has urged China to give his county priority in the supply of the vaccine, despite its territorial dispute with Beijing over the South China Sea. It is possible that China will use the vaccine as a tool to increase its influence.

Meanwhile, Russia has started production a vaccine, boasting that it is the world's first. The U.S. has invested over $10 billion to secure hundreds of millions of vaccine doses. The practical use stage is fast approaching, and procurement is quickly becoming a global issue.