Delta outbreak spreads to 30 cities, putting economy on the brink 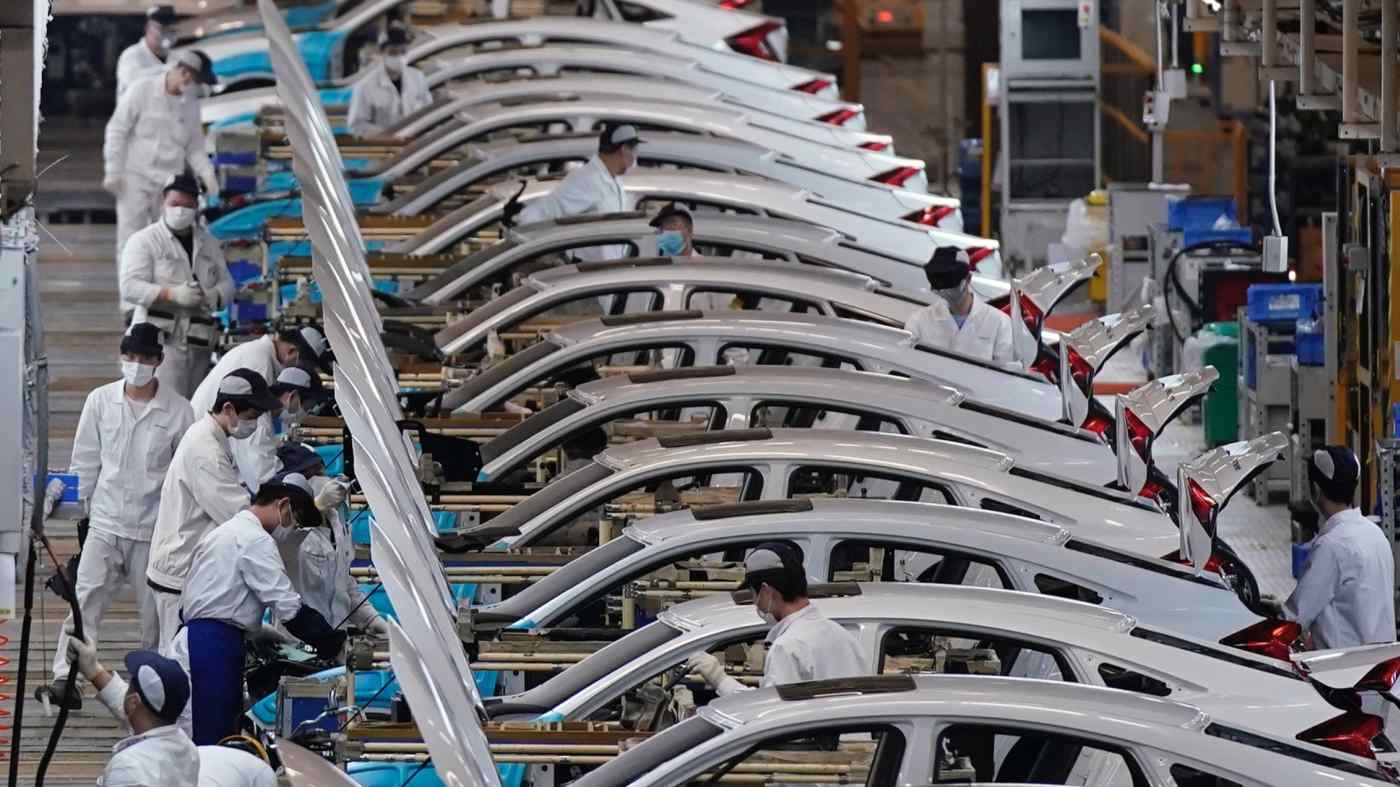 DALIAN, China -- The worst coronavirus outbreak to rip through China since last year threatens to bring the nation's economy to another standstill, as Honda Motor is forced to suspend operations at a production hub.

Honda has temporarily shut down all three of its joint-venture assembly plants in Wuhan since Tuesday. Too many factory workers are unable to come to work due to lockdowns in surrounding areas, according to the Japanese automaker.

The plants have a combined annual capacity of 720,000 vehicles, and when they might restart remains uncertain. Honda previously suspended operations in Wuhan during the city's 76-day lockdown that ended in April last year.

In China, authorities closely watch the number of community-spread COVID-19 infections, a metric that excludes cases of those entering the country. Such infections totaled 485 people in the two weeks through Tuesday, according to documents released by China's National Health Commission and other data.

The latest figure surpasses the roughly 430 cases recorded between Feb. 1 and July 19.

The delta variant of the coronavirus is driving the recent surge. The first case was discovered on July 20 at an international airport in Nanjing, a city in eastern China. A higher number of travelers during the summer tourism season apparently helped hasted the variant's spread.

"The delta variant is highly contagious and infects very quickly," a health commission official told reporters at the end of July.

Since July 20, community-spread infections have been confirmed in about 30 cities across the country, including Beijing, Shanghai and Chongqing. Apart from the three provincial-level metropolises, infections have been found in 12 provinces and autonomous regions such as Sichuan, Henan and Yunnan.

Chinese authorities are scrambling to control the infections. Wuhan announced Tuesday it would perform PCR tests on all 12 million city inhabitants. Nanjing has already tested its 9 million residents. 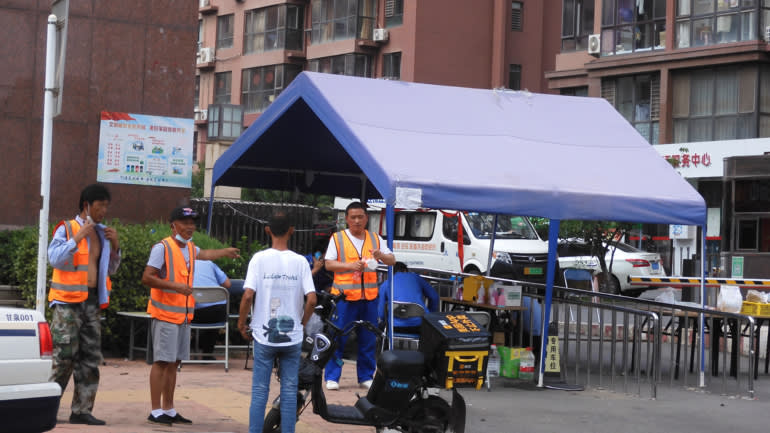 Government officials monitor the entrance of an apartment building that has been locked down after infections were found, in Dalian on Aug. 4. (Photo by Shin Watanabe)

Areas where an infection is discovered are being sealed off to restrict access. An apartment complex in the northeast city of Dalian had gates placed at its entrances and government officials are monitoring the scene.

"Once you go in, you can't get out," said one official.

Tourist destinations are suspending operations as well. Since late July, the interior city of Zhangjiajie has discontinued access to a park whose landscape was said to have inspired the film "Avatar." That decision has disrupted the local hotel industry.

"We used to be at full capacity in July, now operations have stopped," a hotel worker told Nikkei. "It looks like we won't be able to resume business any sooner than October."

Zhangjiajie's local discipline inspection commission announced Wednesday that it has either reprimanded or dismissed 18 city officials.

"They have not put in enough effort against the coronavirus, and their response has been slow," the commission said in a statement.

In Xi'an, a museum housing rows of ancient terra-cotta statues of soldiers and their horses has been shut down. No locally spread infections have been detected recently in Xi'an, but people testing positive have traveled to the central China city.

"Almost all travelers have canceled" their bookings, said an employee at an area hotel.

To stem the surge in cases, more than 1.7 billion doses of vaccines have been administered on the mainland as of Tuesday. That would suggest at least 800 million people have received shots. But the vaccines developed by China's Sinopharm and Sinovac are only between 50% and 78% effective. In contrast, U.S.-based Pfizer and Moderna each report efficacy rates for their vaccines exceeding 90%, said Lu Shan, a professor at the University of Massachusetts Medical School.

"The protection efficacies for Sinovac and Sinopharm COVID-19 vaccines are lower than those from Pfizer and Moderna," said Lu. In addition, the Sinopharm and Sinovac vaccines appear to have limited effectiveness against the delta variant.

Thus far, China has been successful in containing the spread of the coronavirus through a combination of extensive PCR testing, lockdowns and stay-at-home orders. If the delta outbreak continues to expand, it would deliver a painful blow to the Chinese economy, which has driven the rest of the world.