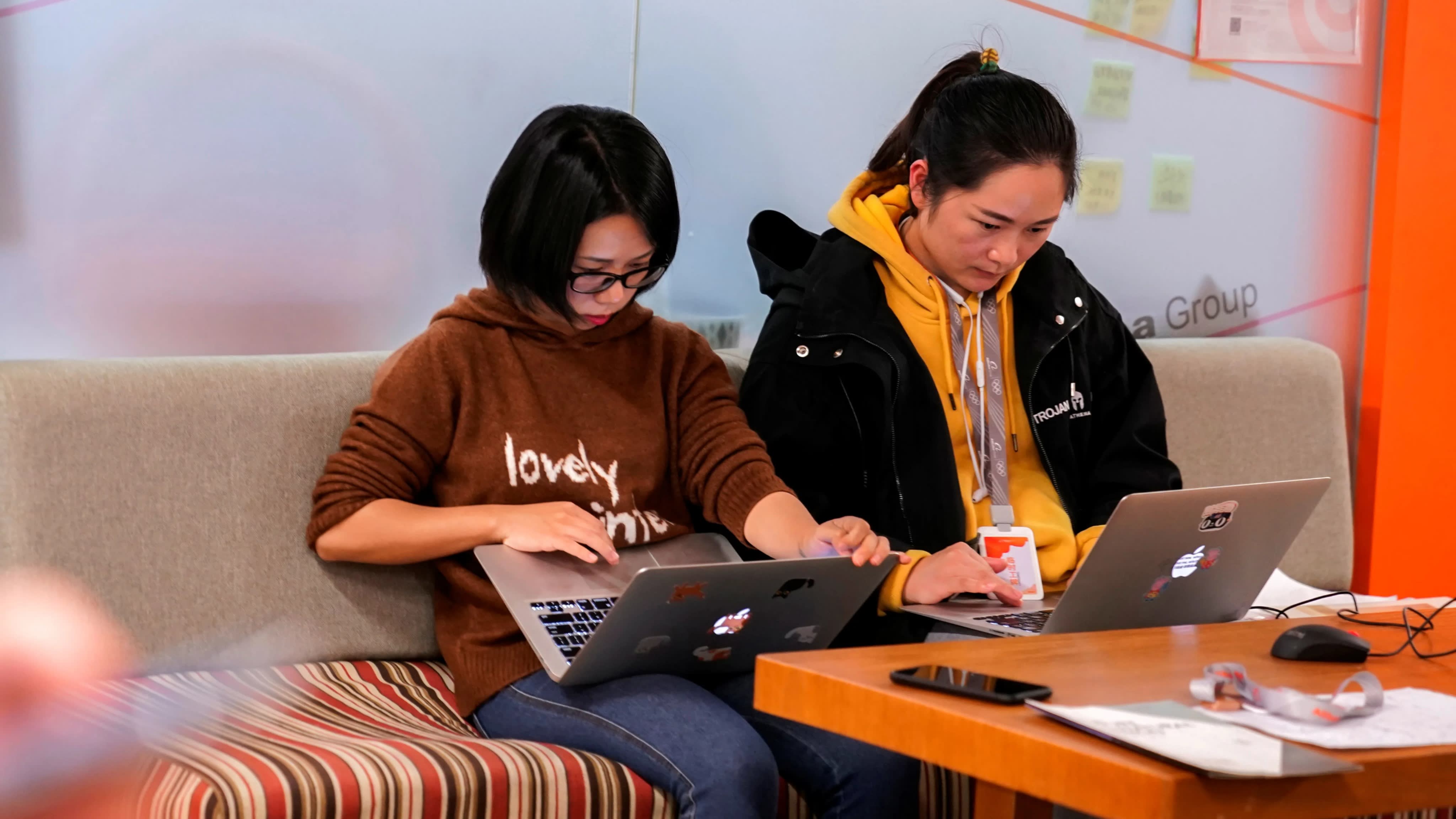 Employees at Alibaba's headquarters in Hangzhou, China: The tech giant has told staff to work from home as a preventive measure against the coronavirus.   © Reuters
YUSHO CHO, Nikkei staff writerJanuary 29, 2020 04:05 JST | China
CopyCopied

SHANGHAI -- China's biggest tech companies have ordered employees to work from home, looking to limit the spread of the new coronavirus as many staffers return from Lunar New Year holiday travel.

Chat giant Tencent Holdings told workers through an internal instant message that they should telecommute during the week of Feb. 3-7. Employees tentatively are scheduled to come back to their offices Feb. 10.

Baidu workers will telecommute until at least Feb. 7, a company representative said. "But we haven't notified [employees] of the day they can return to the offices."

Bytedance, the owner of video-sharing site TikTok, has requested that employees traveling during the Lunar New Year break remain at their destinations for the time being. The company urged that workers return to town between Feb. 10 and Feb. 13, then spend the following 14 days working from home.

"This policy is for preventing the spread of the new pneumonia virus," a Bytedance representative said.

Taiwan's Delta Electronics said that a company factory in the Chinese city of Suzhou will continue operations, but only with workers who stayed in the area during the holiday. Other staffers are asked to take paid leave until Feb. 9, an internal company notice says. Those who lack enough paid leave can work on holidays at later dates, a representative for the electronics manufacturer said.

Delta workers who stayed in Hubei Province -- whose capital, Wuhan, is the epicenter of the coronavirus -- have been ordered to quarantine themselves at home for 14 days after leaving Hubei.

In Shanghai, health officials are visiting companies daily, looking to ascertain whether any employees are from Wuhan or have taken ill. Though officials are working vigorously to stem the spread of the coronavirus, the approaching end of the Lunar New Year break makes it increasingly difficult to curb the traffic of people.

"I grew tired of being cooped up in the house," said a woman in her 60s.

China extended the Lunar New Year break to Sunday, hoping to hinder the spread of the coronavirus. But that has not stopped people from coming home early.

One woman in her 30s was carrying a suitcase. "I've returned from my parents' home," she said. "Although the holiday was extended, there's no point in staying in the countryside."

Local supermarkets were fully stocked, save for some vegetables and meat products. Many of Shanghai's residents have remained calm, yet efforts to contain the virus face the challenge of a steady uptick in traffic of people and goods as the holiday break ends.