Distrust of Beijing lingers despite China providing most pandemic help 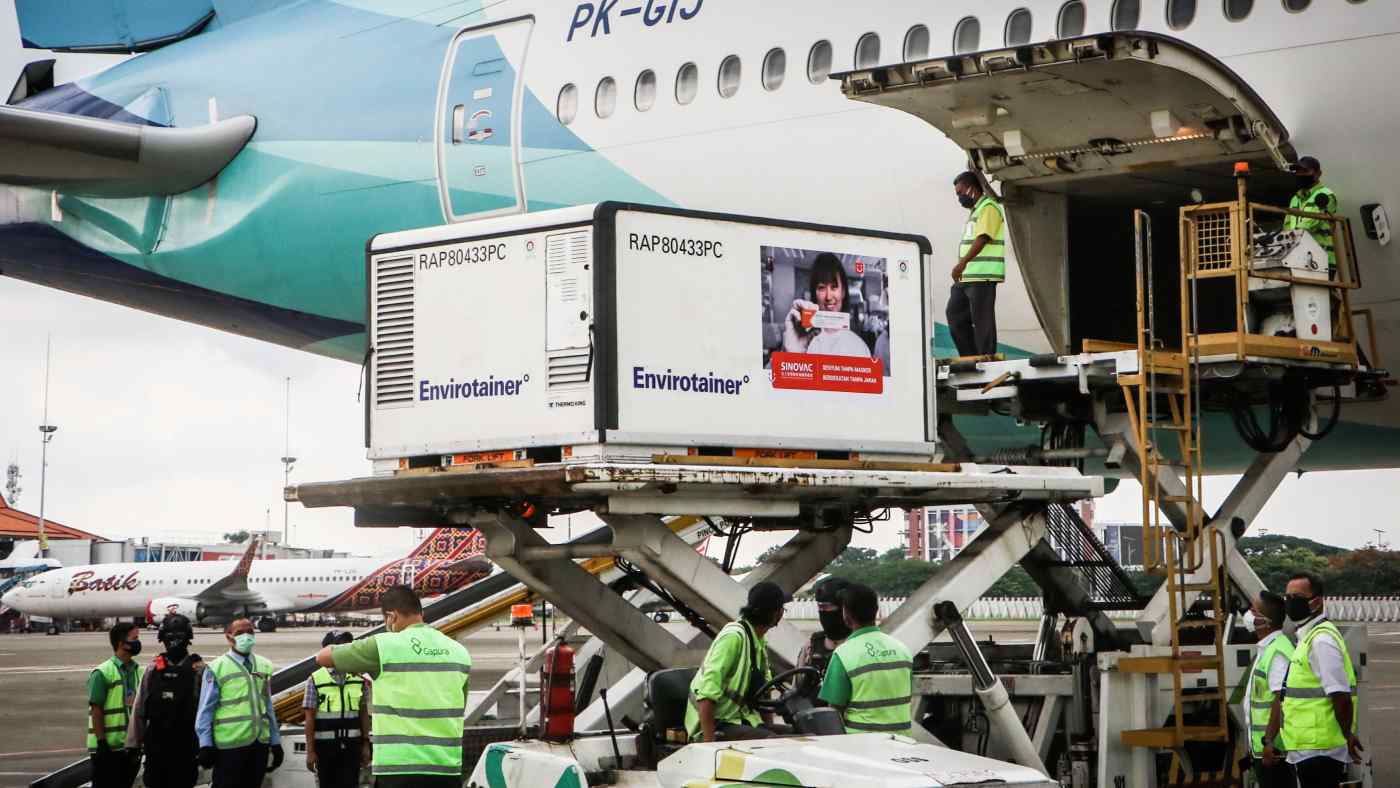 JAKARTA -- China's attempt to win hearts and minds in Southeast Asia during the coronavirus pandemic through "vaccine diplomacy" appears to have fallen flat, according to a survey by the ASEAN Studies Centre at Singapore's ISEAS-Yusof Ishak Institute.

In a poll of 1,032 people, including academics, government officials and business people across the 10-nation Association of South East Asian Nations conducted from Nov. 18 to Jan. 10, 44.2% of respondents said China had provided the most help to the region during the pandemic, ahead of Japan at 18.2%, the European Union at 10.3%, and the 9.6% who named the U.S.

China has been proactive in striking COVID-19 vaccine deals with countries in the region. Indonesia has already received 3 million ready-to-use vaccines and 25 million bulk vaccines from Sinovac -- the only vaccines in the country now -- and is using them for its mass inoculation program. The Philippines and Malaysia said in January that they had secured 25 million and 14 million doses, respectively, from the Chinese company. Myanmar was promised 300,000 doses during Foreign Minister Wang Yi's tour of the region in January.

But despite these efforts, 61.5% of respondents said they would choose the U.S. over China if they were forced to pick sides in the ongoing U.S.-China rivalry. Support for the U.S. rose 7.9 percentage points from last year's survey.

"The region's support for Washington may have increased as a result of the prospects of the new Biden administration," the report says. 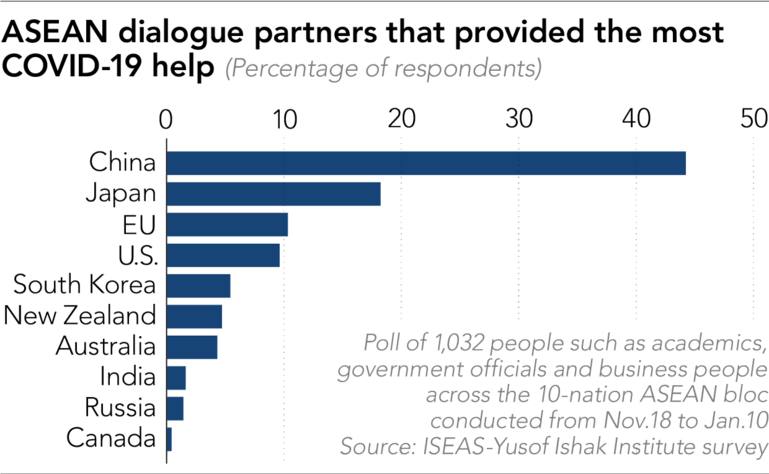 Other results from the survey show that while ASEAN countries continue to see China as a major player in the region, many are wary of its influence.

Some 76.3% of respondents said China was the most influential economic power in the region, with over 80% in Laos, Thailand, Singapore, Myanmar and Cambodia naming China over countries and blocs like the U.S., the EU and Japan. However, among those who saw China as having the most sway, 72.3% said they were "worried about its growing regional economic influence."

Similarly, 49.1% named China as the most influential political and strategic power in the region, ahead of the 30.4% who said the U.S. was. But of those who picked Beijing, 88.6% said they worry about that influence. Some 46.3% agreed that China is "a revisionist power and intends to turn Southeast Asia into its sphere of influence," up from 38.2% last year, while 31.5% said they saw China as "gradually taking over the U.S.'s role as regional leader," down from 34.7% in 2020.

China was also low in terms of trust among global powers: 63% said they have "little confidence" or "no confidence" that Beijing will "do the right thing" for the global community, a marked rise from 51.5% in 2019. Those who were "confident" or "very confident" regarding China's intentions fell to 16.5% from 19.6% two years ago.

Japan was the most trusted country in the region, with 67.1% saying they expected it to act for the global good. The U.S. and the EU both saw marked increases in perceptions of their trustworthiness compared with the previous year, with 48.3% and 51% of respondents, respectively, saying they expected them to act in the global interest.

"The region's trust deficit in China is trending upwards. China is the only major power that has increased its negative ratings, from 60.4% in 2020 to 63.0% in 2021. China's predominant economic and political influence in the region has created more awe than affection," the report says. "The majority worry that such economic heft, combined with China's military power, could be used to threaten their country's interest and sovereignty."