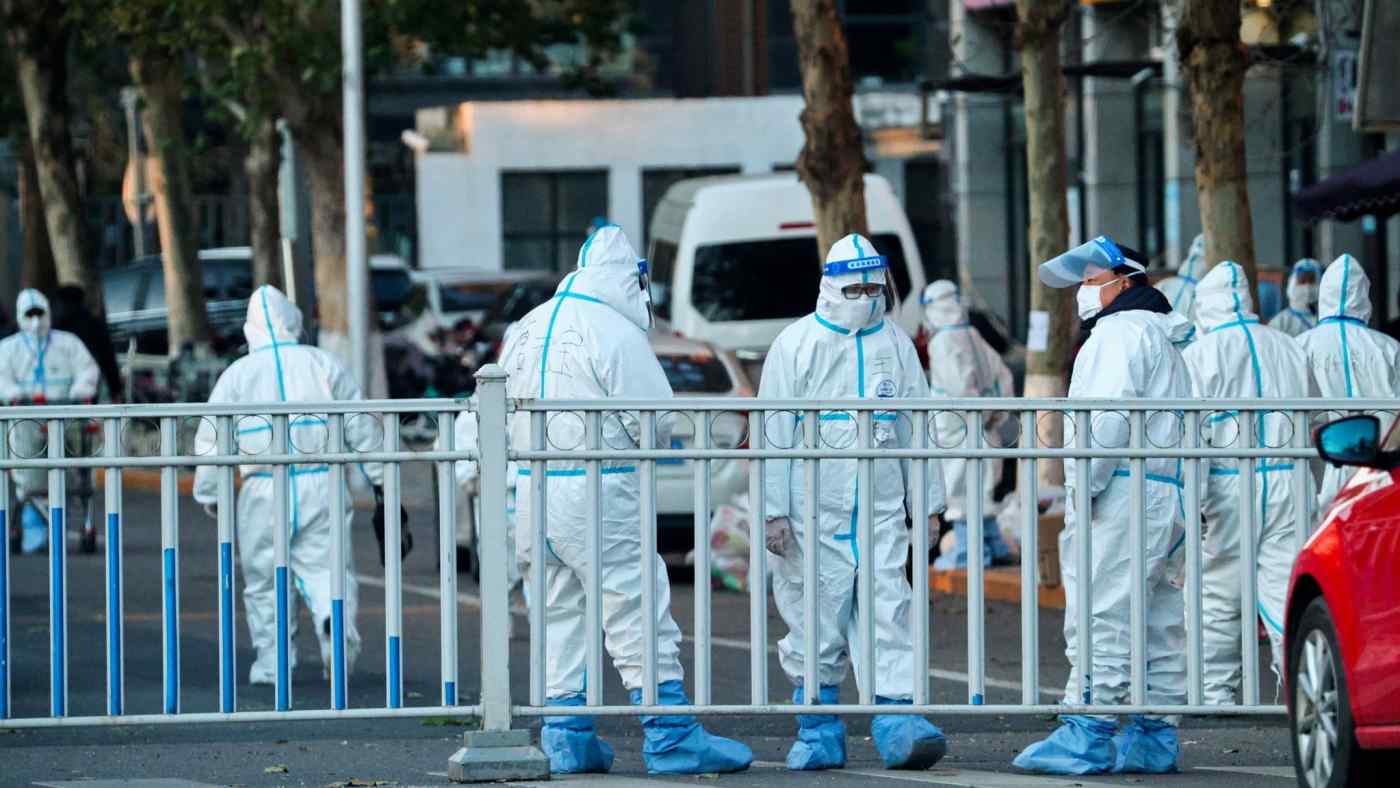 BEIJING -- China's goal of eradicating the coronavirus within its borders is weighing heavily on its economy, as renewed restrictions in response to a surge in infections since October squeeze consumer spending.

China's nominal retail sales of consumer goods climbed 4.9% on the year in October, according to data published Monday by the National Bureau of Statistics. Year-on-year gains rose from 4.4% in September despite market projections for a drop, largely due to increased spending on gasoline and other fuel.