Positive reception by Chinese government contrasts with reservations in Japan 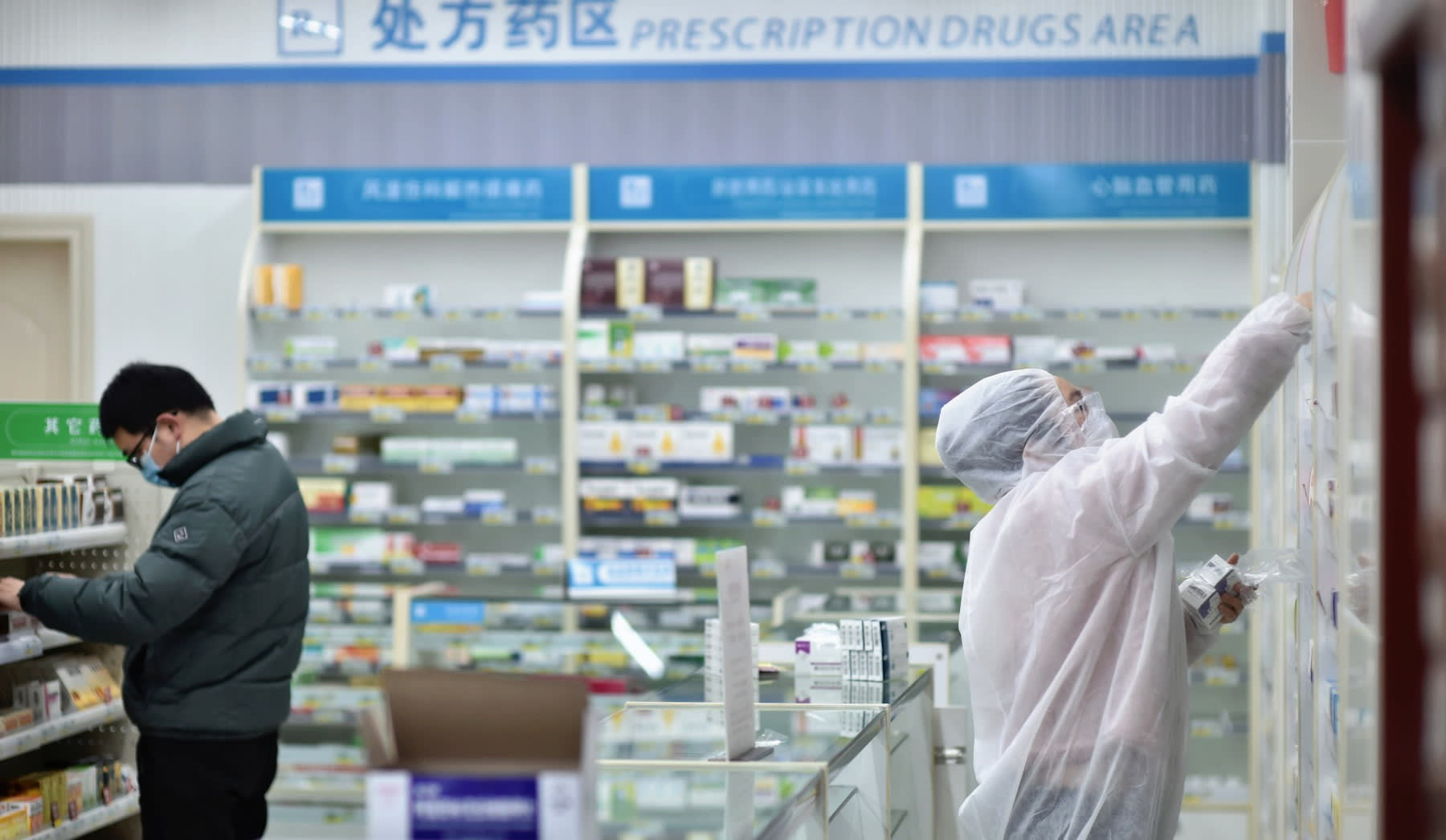 DALIAN, China/HONG KONG/TOKYO -- An influenza medicine developed by a Fujifilm Holdings group company is effective against the new coronavirus, the Chinese government said on Tuesday.

Beijing has already begun recommending the drug favipiravir, developed by Fujifilm Toyama Chemical and sold under the brand name Avigan.

"It is very safe and clearly effective," said Zhang Xinmin, director of the science ministry's China National Center for Biotechnology Development, in a news conference.

Fujifilm Toyama developed the drug in 2014. It has been administered to coronavirus patients in Japan since February.

On Wednesday, shares in Fujifilm shot up 15.4% in Tokyo in the afternoon session. Morning trade in the stock was suspended after a glut of buy orders following Beijing's announcement.

Clinical trials were conducted on patients at hospitals in Wuhan and Shenzhen. Results showed that patients who received the drug tested negative in a comparatively short time, while pneumonia symptoms were markedly reduced. Patients taking favipiravir in Shenzhen tested negative after a median of four days, compared to 11 days in the control group, according to Zhang. There were no clear side effects, he added.

Another clinical trial in Wuhan revealed that patients treated with favipiravir recovered from fever in 2.5 days on average, versus 4.2 days for other patients. Coughing symptoms also improved within 4.6 days -- about 1.4 days earlier than those who did not take the drug.

The positive reception in China contrasts with reservations over Avigan in Japan, where the drug obtained regulatory approval in 2014 on condition that it would only be used if the government decided to fight new or re-emerging influenza viruses. Studies found that the drug may cause fetal deaths or deformities, and can be transferred in semen.

South Korea's ministry of food and drug safety also decided not to import Avigan after infectious disease experts ruled that there was not enough clinical data to prove the drug's efficacy, the country's Yonhap news agency reported this week.

Despite Fujifilm's surging stock price, it is unclear how the company will benefit if Chinese companies begin to mass produce favipiravir. A Fujifilm spokesperson said the company is not involved in the Chinese clinical trials and is currently evaluating them.

Fujifilm signed a patent license agreement concerning Favipiravir with China's Zhejiang Hisun Pharmaceutical in 2016. But the spokesperson said the agreement was canceled last year, although the two parties are still in a "cooperative relationship."

The Chinese company said it received official approval to produce the drug in February and can ramp up output of a generic version.

Fujifilm's favipiravir patents are valid in Japan, but the substance patent in China expired last year, according to the spokesperson. This clears the way for Zhejiang Hisun to produce the generic version.

Fujifilm is providing Avigan to Japanese hospitals for clinical research and is also preparing to conduct its own clinical tests in Japan. Research in Japan began in March, with results not expected for several months.

Shares in Nichi-Iko Pharmaceutical were also up about 15% on Wednesday after the University of Tokyo announced that the company's Nafamostat drug blocks the coronavirus from entering human cells, effectively inhibiting infections.