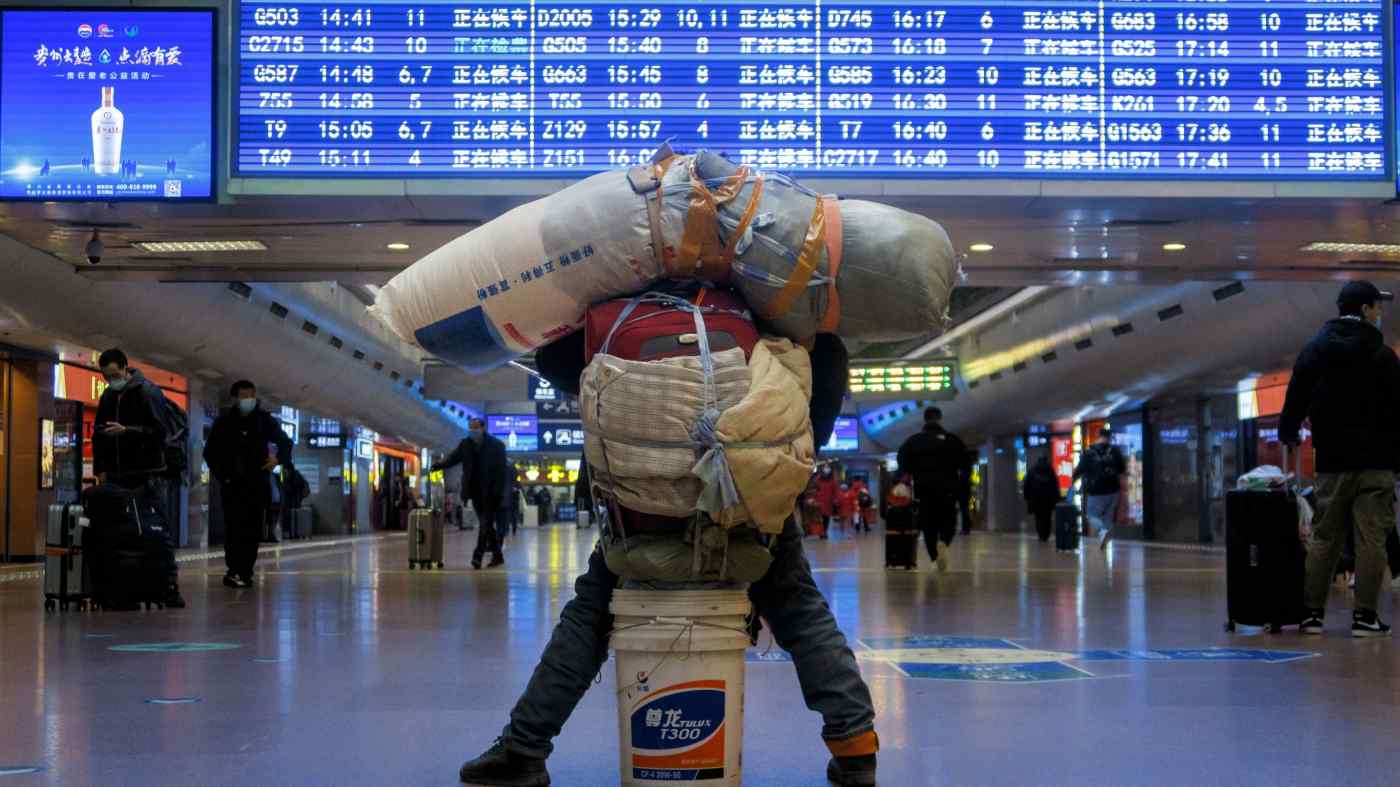 SHANGHAI -- Daily COVID-19 cases continue to rise in China, spreading from the northeast to southern regions, prompting the government in Beijing to take precautionary measures ahead of the mass migration period during the Lunar New Year celebrations.

The country recorded 144 cases on Thursday, including 135 that were transmitted locally. While Hebei and Heilongjiang provinces in China's northeast have seen the most outbreaks in recent weeks, Guangxi province in the country's south has also recorded its first case in months.

The southern province has been one of the least affected, recording 266 cases and two deaths so far. The single case confirmed on Thursday involved a sanitizing worker in the provincial capital Nanning City who showed symptoms of fatigue and a cough two days earlier.

Millions of residents in the affected regions have been quarantined and schools will be closed for the Spring Festival break which this year starts this Saturday, two weeks earlier than normal.

Authorities in Hebei, which had 553 accumulated cases as of Thursday, have started to build 3,000 prefabricated rooms on Wednesday to be used for quarantine as a precautionary measure. The province reported the country's first death in eight months on Wednesday.

The National Health Commission on Thursday advised the public to avoid travel unless absolutely necessary during the Lunar New Year period. It falls on Feb. 12 this year, with the holiday period, which is usually marked by heavy travel, lasting from Jan. 28 through Mar. 8.

Millions of migrant workers normally return to their hometown each year for the spring break, filling up both land and air traffic.

The commission said it would be a "major test" to contain the epidemic during the 40 days of travel rush, despite the national rail service saying early ticket booking had been subdued this year. Rail authorities said on Friday that ticket sales ahead of the Spring Festival had dropped to 296 million trips, 60% lower than an average year.

An official with the Chinese Center for Disease Control, however, said China was unlikely to experience a major rebound of cases during the period given the authorities' attempts to control the spread of the virus.

Over 10 million people have been inoculated with China's COVID-19 vaccine so far, Liu Jingzhen, chairman of China National Pharmaceutical Group, or Sinopharm, told state media outlet Beijing Daily on Friday. These are people who work in high-risk sectors including importing frozen food, port quarantine, disease control and those who need to travel abroad for work and study.